Relaunch: Nate Ewing Preps the ’95 EXT For Another Duluth Snocross 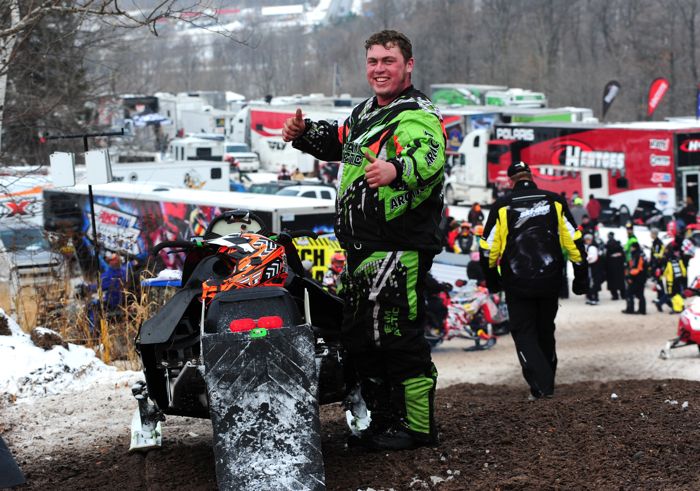 With just three weeks to go before the first National snocross of the season, you can be sure that racers and teams are busy prepping the new race sleds, getting their race trailers in order, stocking up on parts and the like.

Yep, the Duluth National Snocross will dazzle those of us in attendance (or watching online) with amazing feats of driver talent, courage and chutzpah one a thoroughly beasty course and aboard some of the trickest, coolest snowmobiles ever built.

One racer who will be at Duluth with some SERIOUS chutzpah, who will once again hurl himself and machine into stratospheric heights, is Nathan Ewing out of Big Lake, Minn. 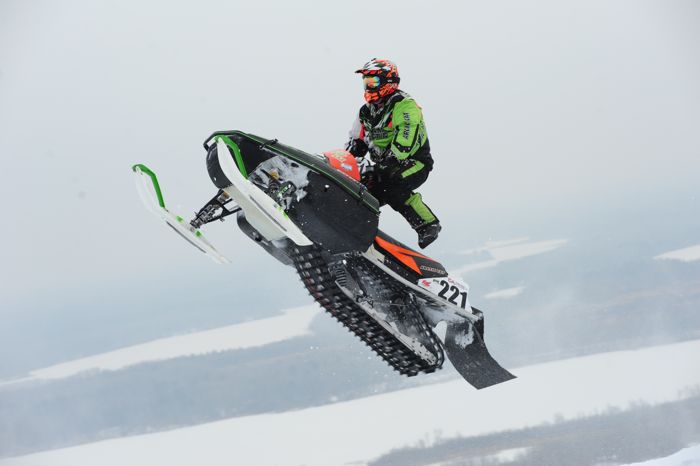 But unlike his contemporaries aboard the latest weapons of berm warfare, Ewing will rail the whoops and launch the massive doubles aboard a 1995 Arctic Cat 580 EXT. And, like last year when he competed at Duluth aboard the same machine, Ewing will elicit some of the loudest, most enthusiast cheers from the crowd every time he hits the track. 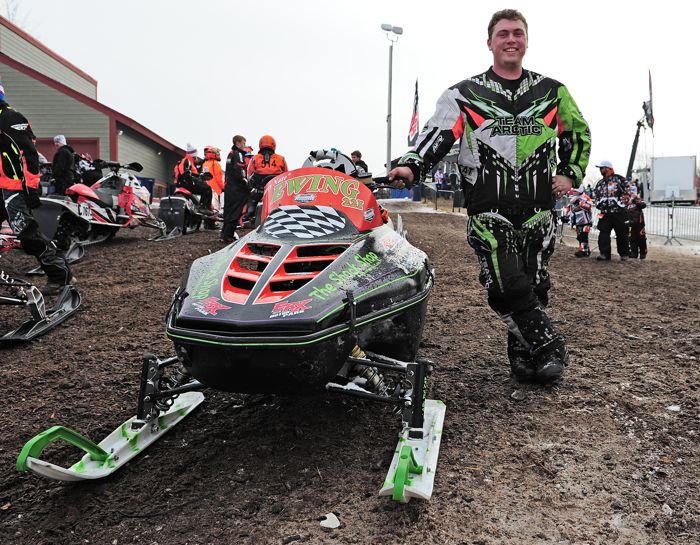 Nate is doing a serious refresh on his race steed prior to Duluth, burning a lot of the ol’ midnight oil in his shop getting it ready for the big show. He sent me a few pix of the process (along with a some sparse words describing the pix), which I’d like to share with you. 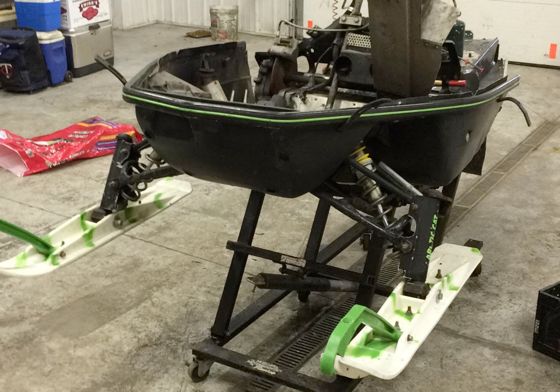 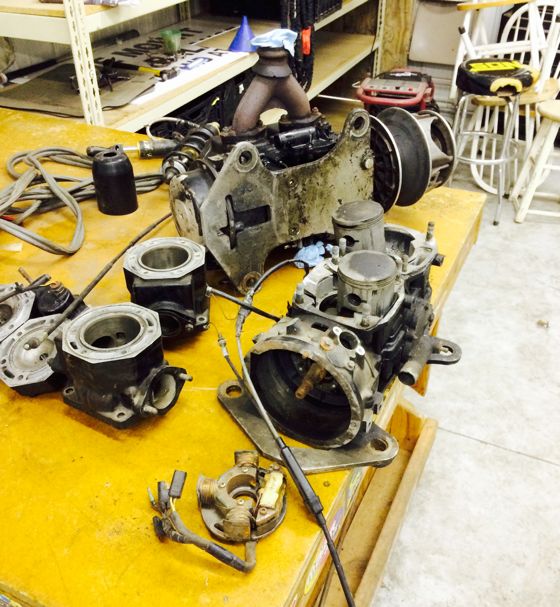 “Pull the motor of course, to disassemble and clean.” 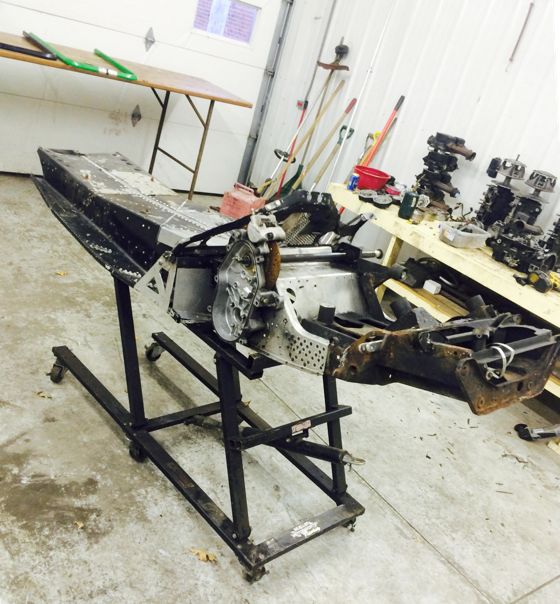 “Chassis almost stripped, worked on some some spots that were showing strain.” 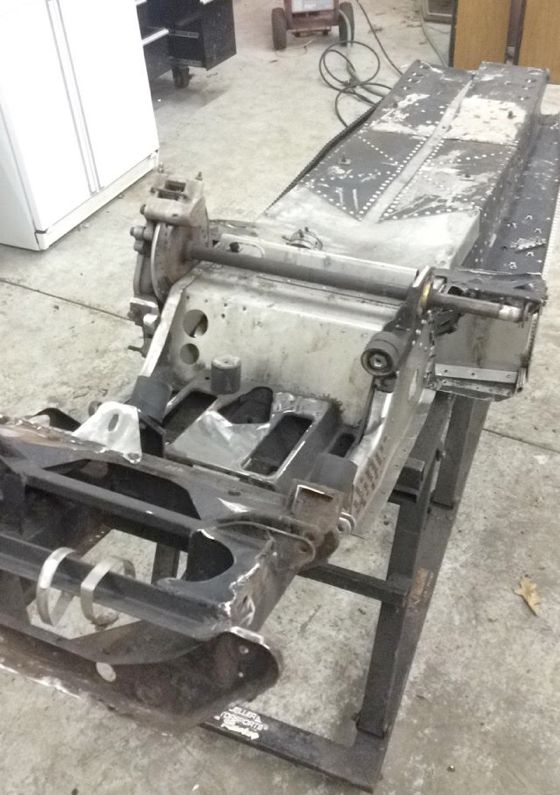 “After stripping and straightening.” 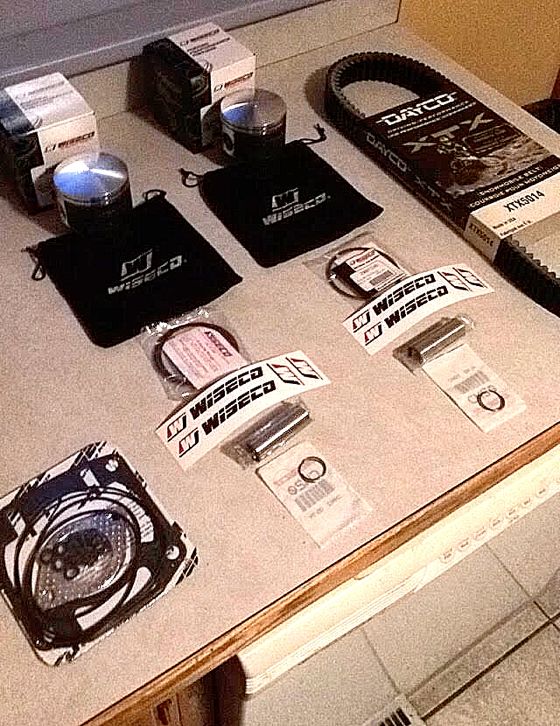 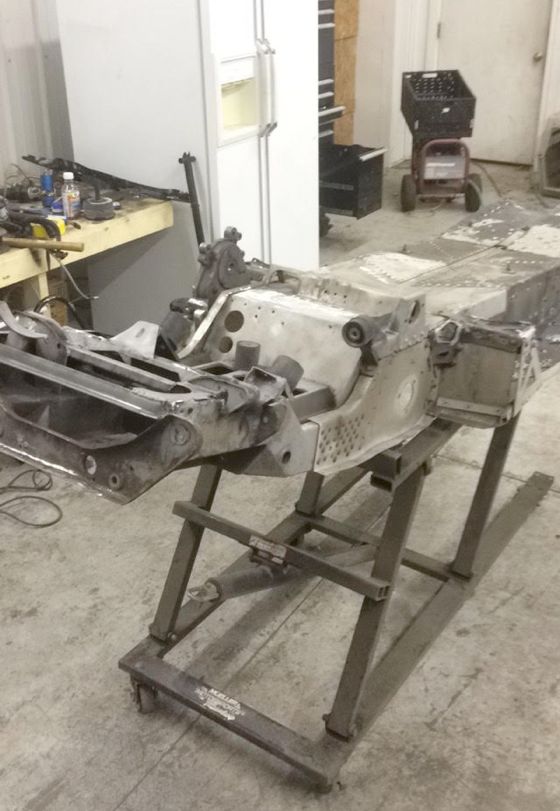 “To end week number one: a little sand blasting on the bulkhead.” 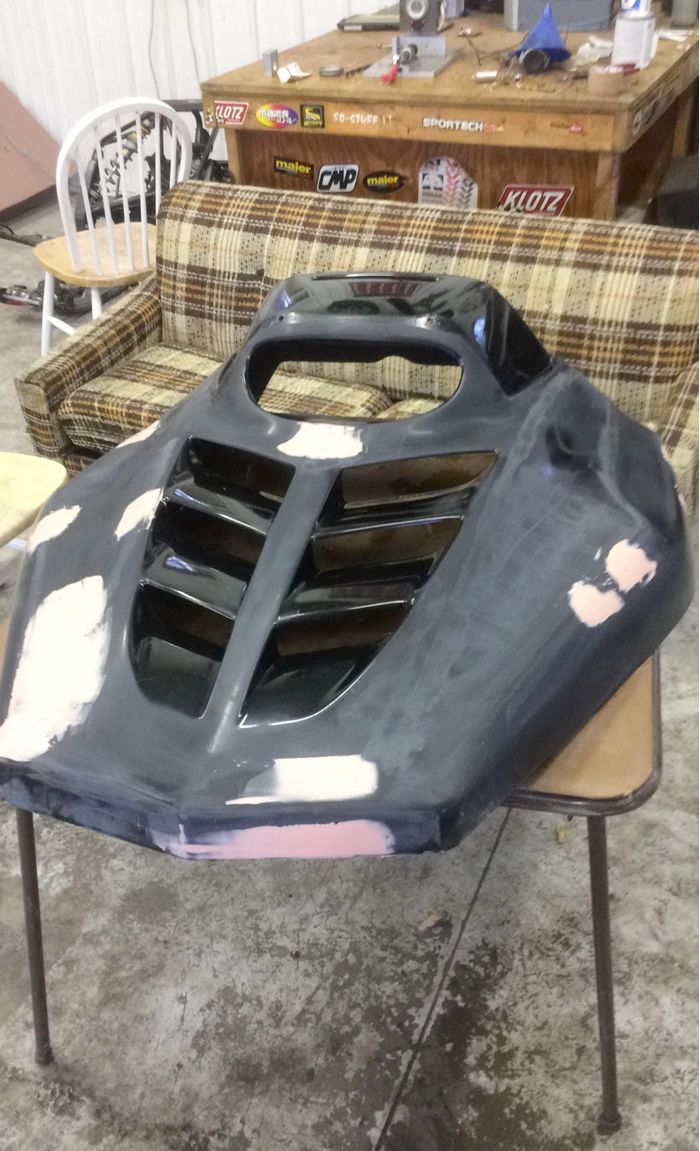 “Started adding some visual horsepower here. If you can’t be fast, then you might as well look good trying!” 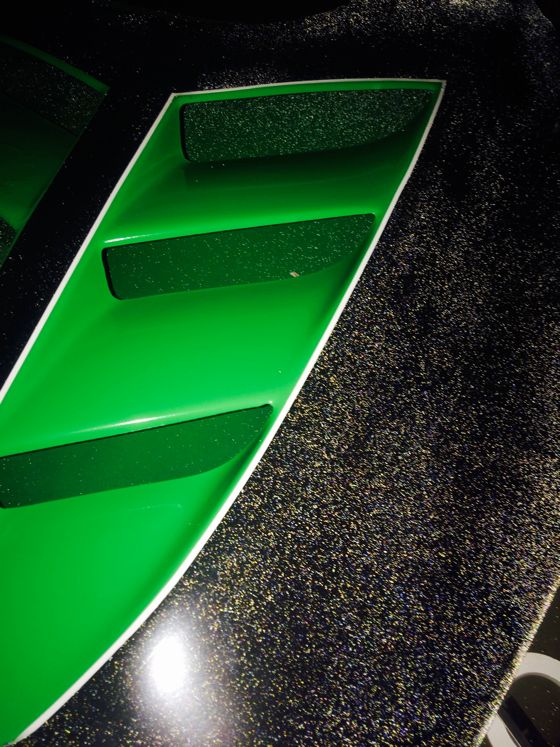 “Not quite finished but looking sharp for a rattle can finish.” 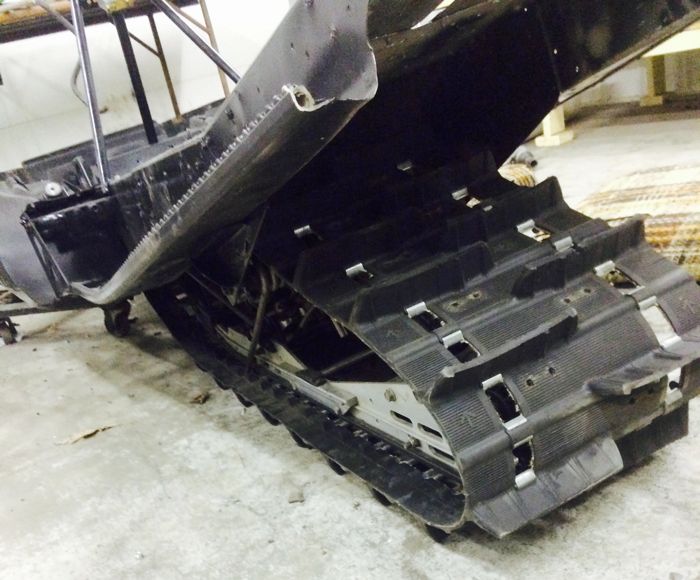 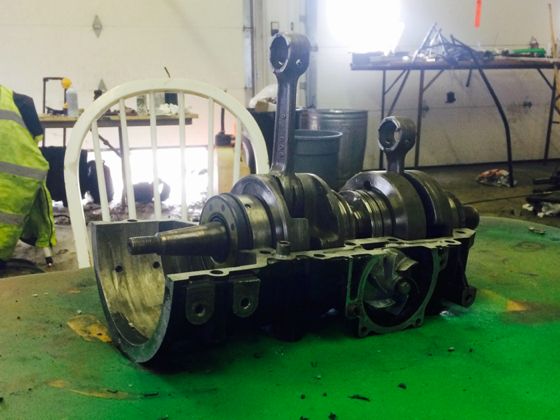 “Started assembly of the new powerplant, thanks to a few swap meet specials including three different salvaged motors.” 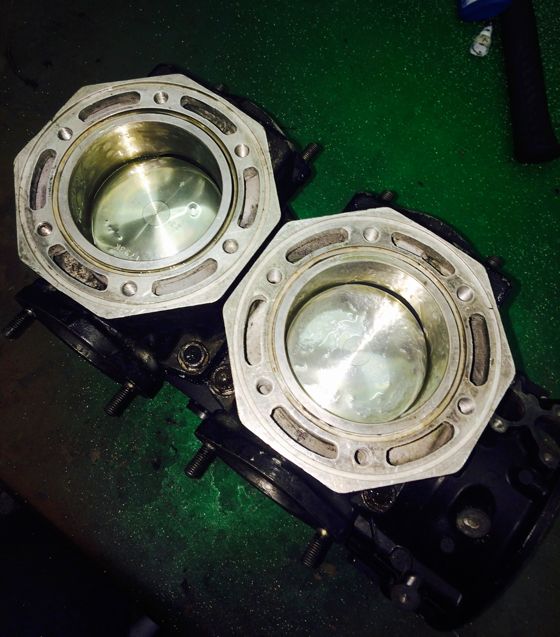 “Motor locked (in place, not seized!) and loaded.” 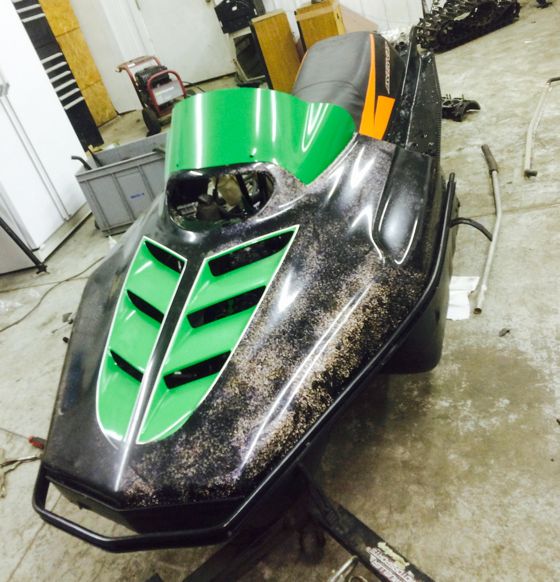 That’s all from Nate for now. It’s possible he’ll check in again with an update (including pix of himself with his trusty steed). Either way, stay tuned for an update on the build and/or a report from his stormin’ of Duluth.

Best of luck, and thanks for taking us along for the ride Nate!