Riding with Roger: A January Christmas at Skime Ranch

Five of Roger Skime’s favorite things in the whole world are snowmobiles, racing/racers, family, dancing and cattle. I’m not sure in what order. So when his family were considering what kind of gift to give him for Christmas, they hatched a plan that combined 4 out of 5.

On an open weekend in January (“open” in Roger’s world means that there isn’t a snocross or cross-country race somewhere), with plenty of snow on the ground and more still falling, a couple dozen friends and family gathered at Skime Ranch near Skime, Minn., to surprise Skime the man.

And wow, was he ever surprised! 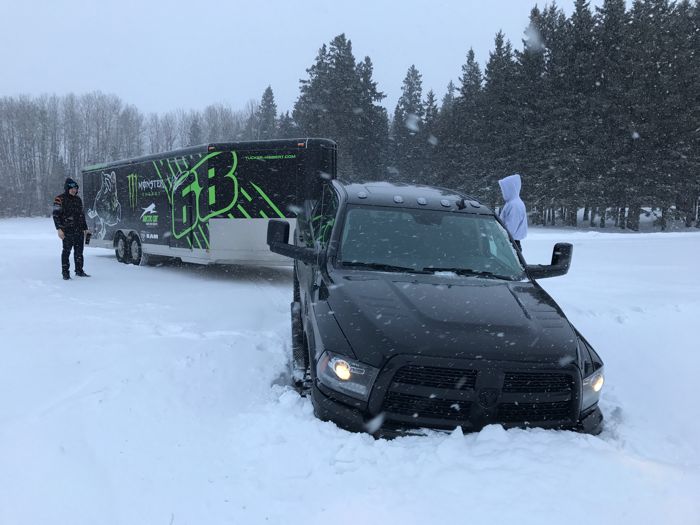 Tucker Hibbert was the first to arrive, with his wife Mandi, Rob Dahlen and myself. P.J. and Dave Wanderscheid were close behind. We pulled in without being seen by Roger, who was somewhere on the ranch feeding cattle.

Tucker made a truly grand entrance, burying his Ram truck into a plainly evident ditch next to Roger’s shop. Too many Monsters perhaps? 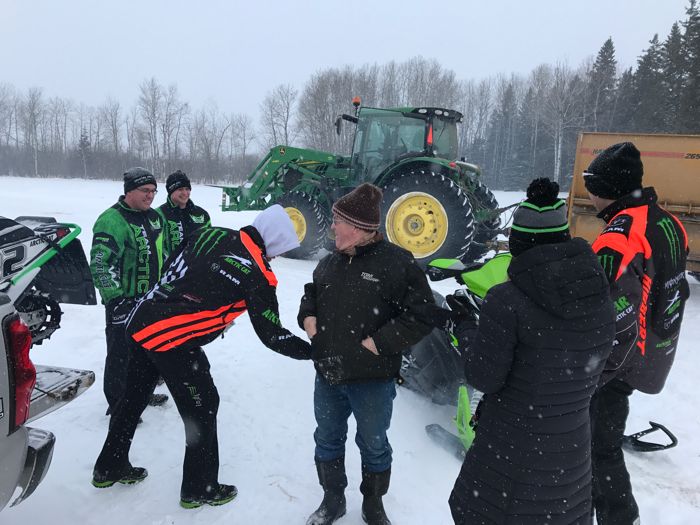 Just as Carter Diesen was pulling Tucker’s truck out, Roger drove up in a tractor, with a very confused look on his face.

He no sooner jumped out of the tractor and shook hands or gave hugs, then Brian Dick drove up with his wife Alicia, Wes Selby and Katie Holmstrom.

Then Mike Kloety arrived with his son Derek. Moments later Russ and Joni Ebert drove up, followed by Zach Herfindahl.

And Roger was WOUND UP!

Snowmobiles were quickly unloaded. But before any riding gear came out, there was a brunch waiting in Roger and Bernice’s house. Inside, their daughter Jodi and her kids Marissa, Kylie and Trandon had everything dialed-in. 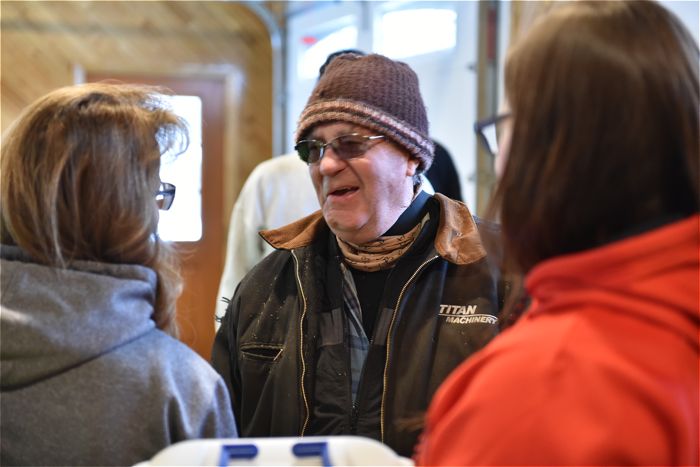 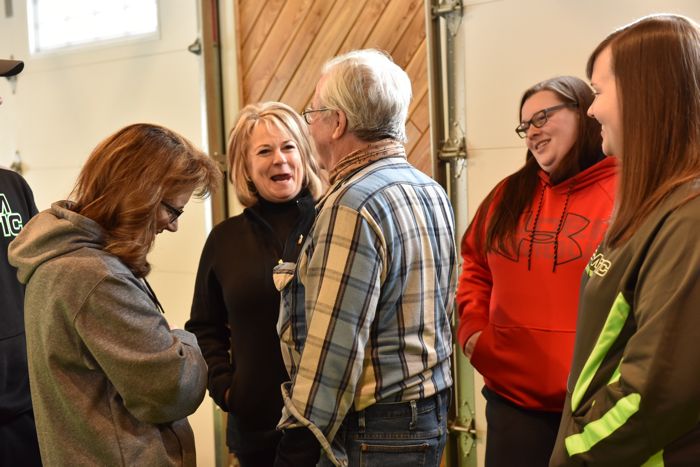 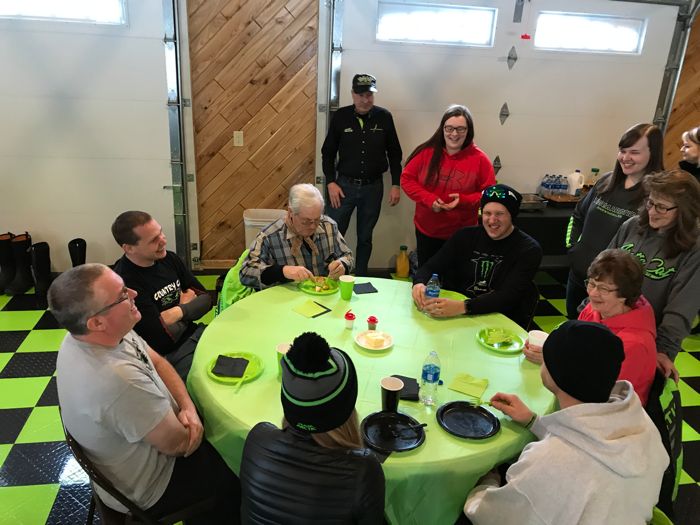 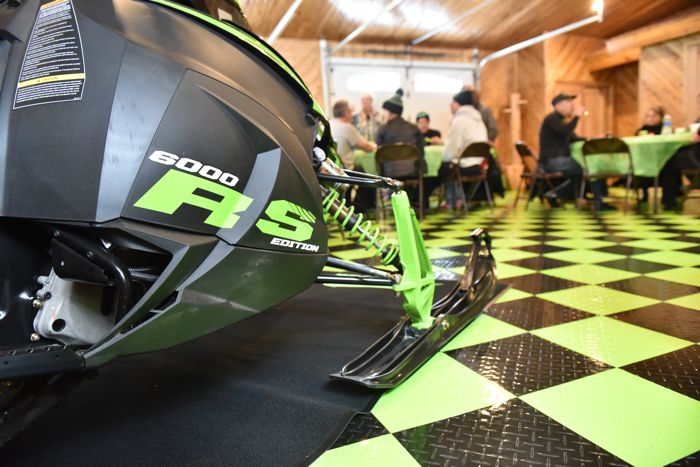 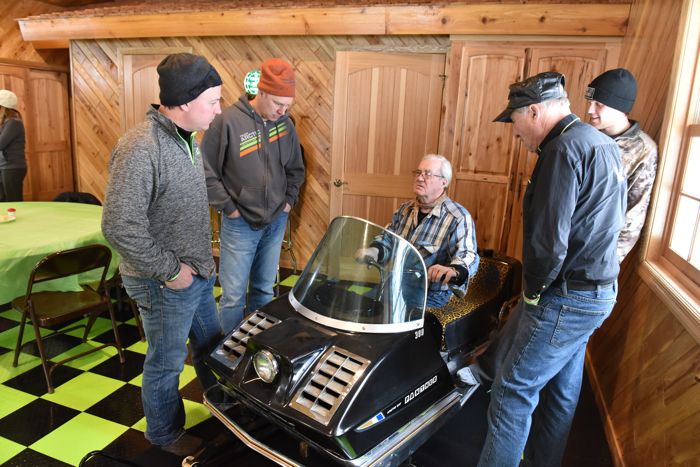 When a group like this gets together, the stories start flying. And Roger tells some of the best. Who else in the world can tell the story about where the famous chrome hood scoops came from on the original Arctic Cat Panthers?!? 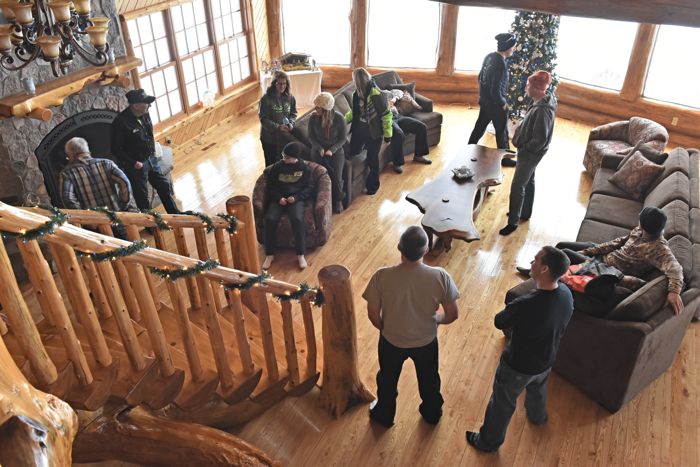 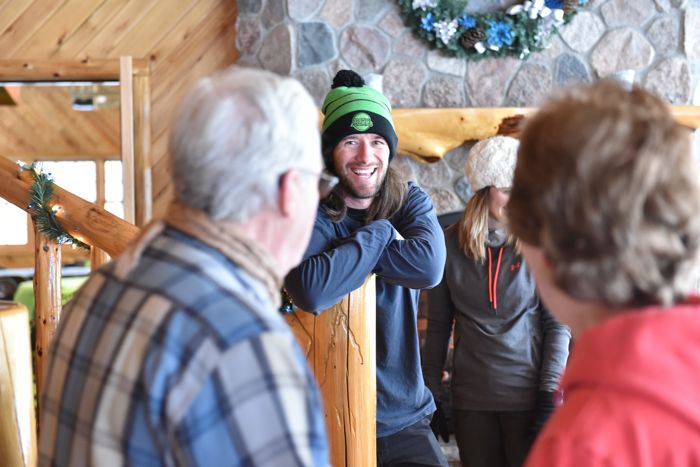 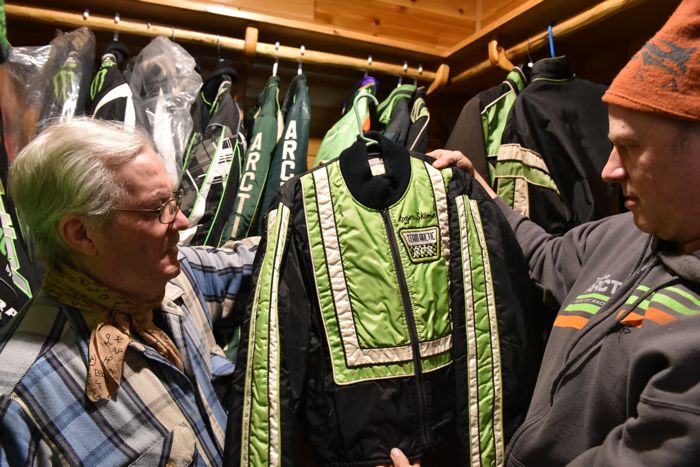 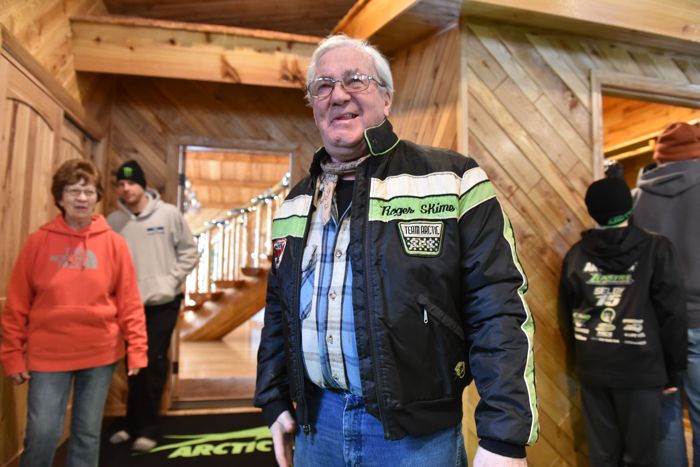 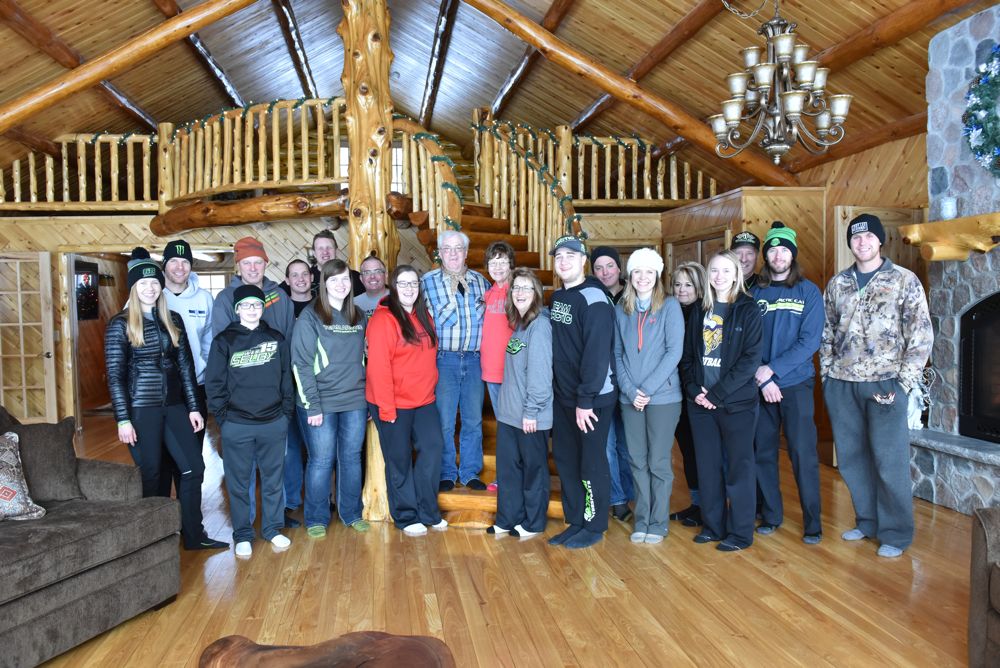 The whole crew gathered for a photo in the great room and Roger and Bernice’s new house. First came a regular shot… 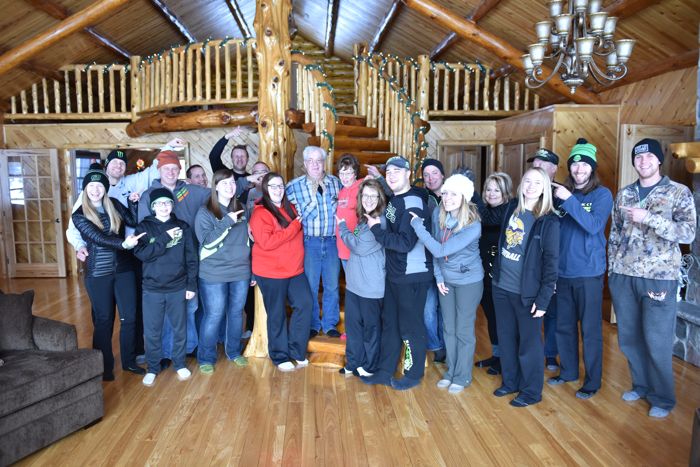 …then everyone pointed to the man of the hour. 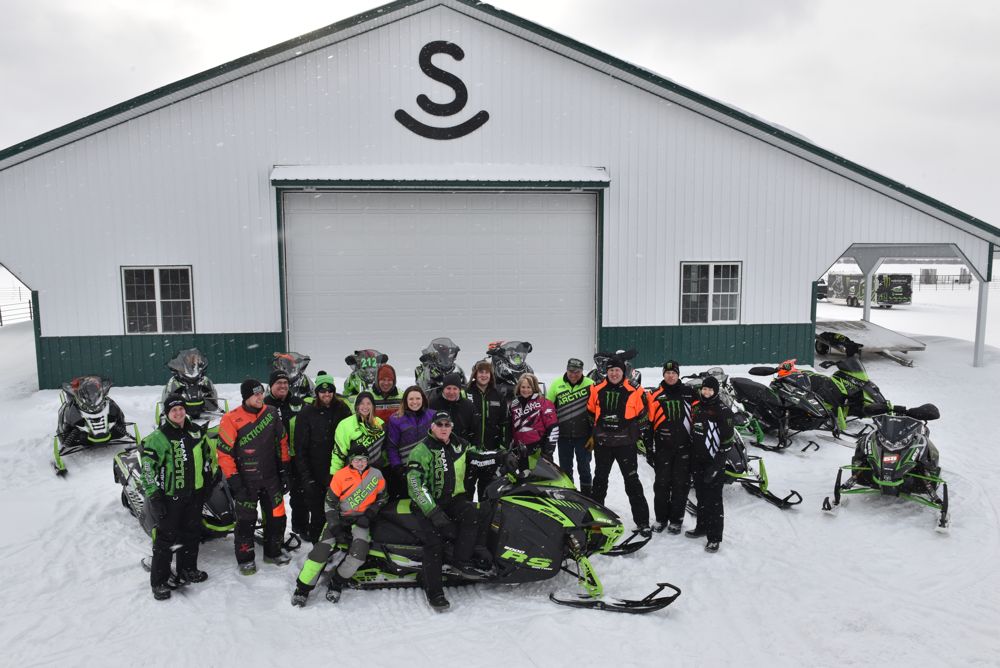 One last group shot prior to departure and then it was time to ride. 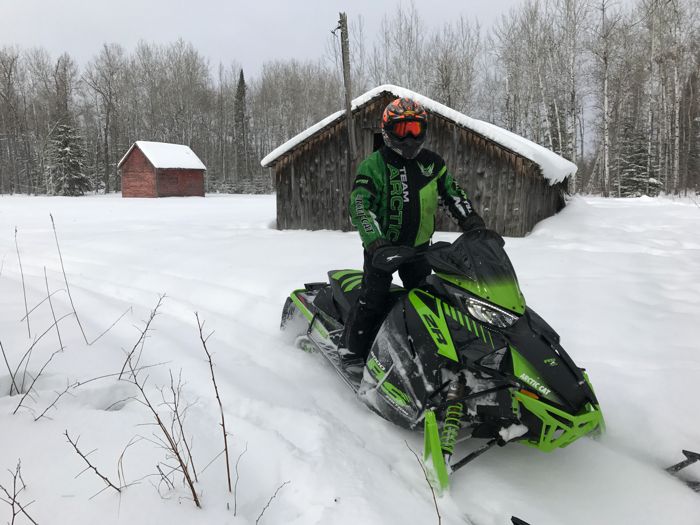 Roger led the way, taking us through areas of his ranch where he’s ridden, developed and tested Arctic Cat snowmobiles for 55 years. 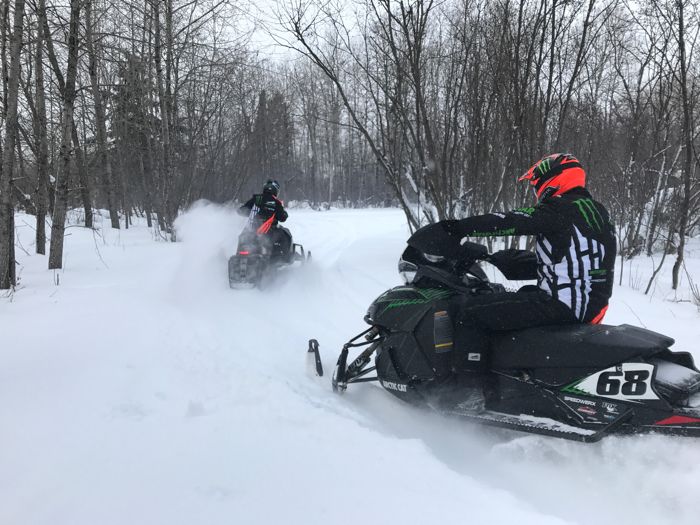 Typical Tucker… the inverted start rule meant he was always buried in the pack and trying to pass for the lead. 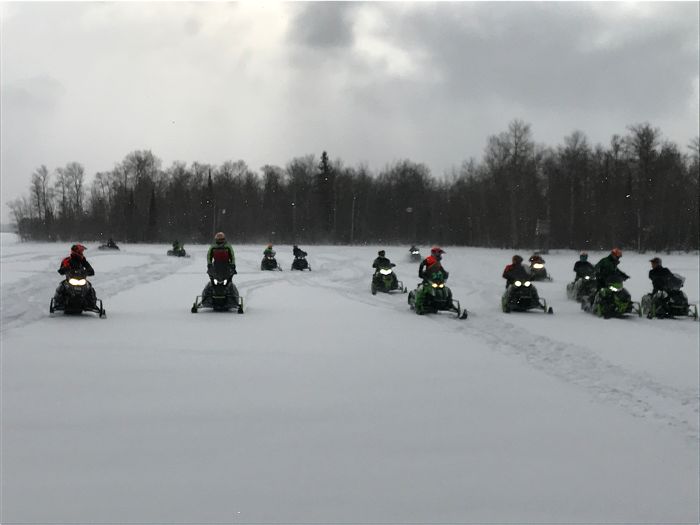 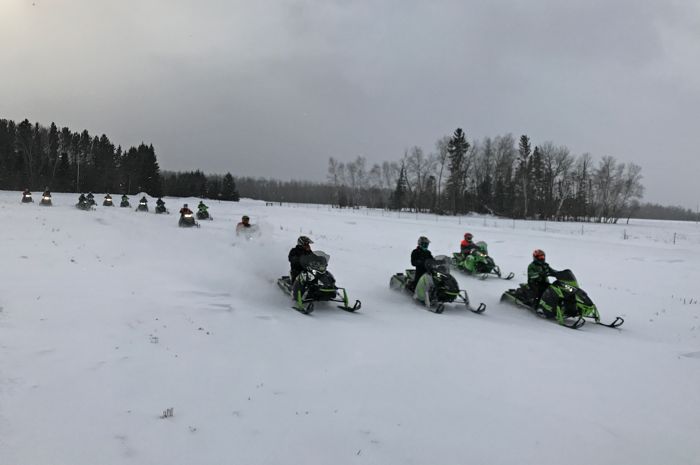 It wouldn’t be a snowmobile ride with Roger unless there were a couple races to see who’s fastest. 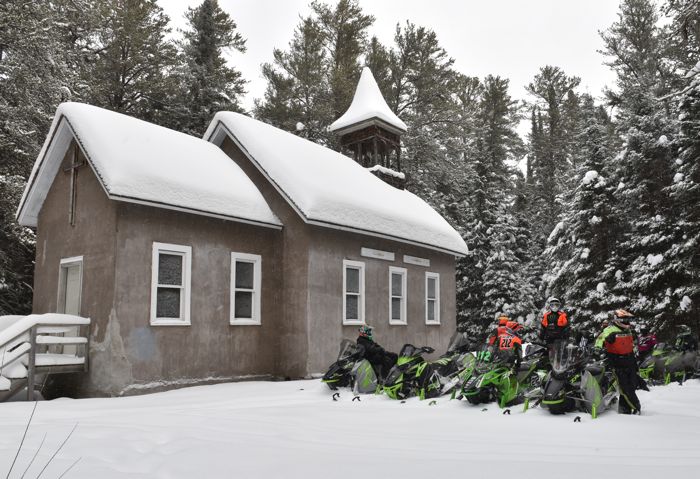 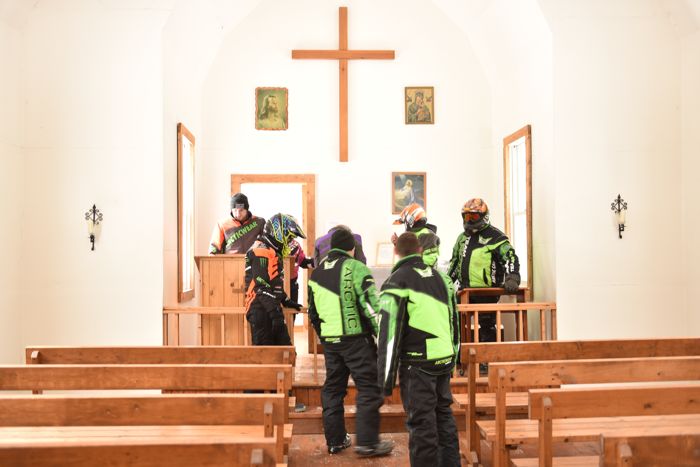 We worked our way over to Penturen Church, a cool old sanctuary located in the Beltrami State Forest. There we were joined by Joey Hallstrom and his son Jesse. 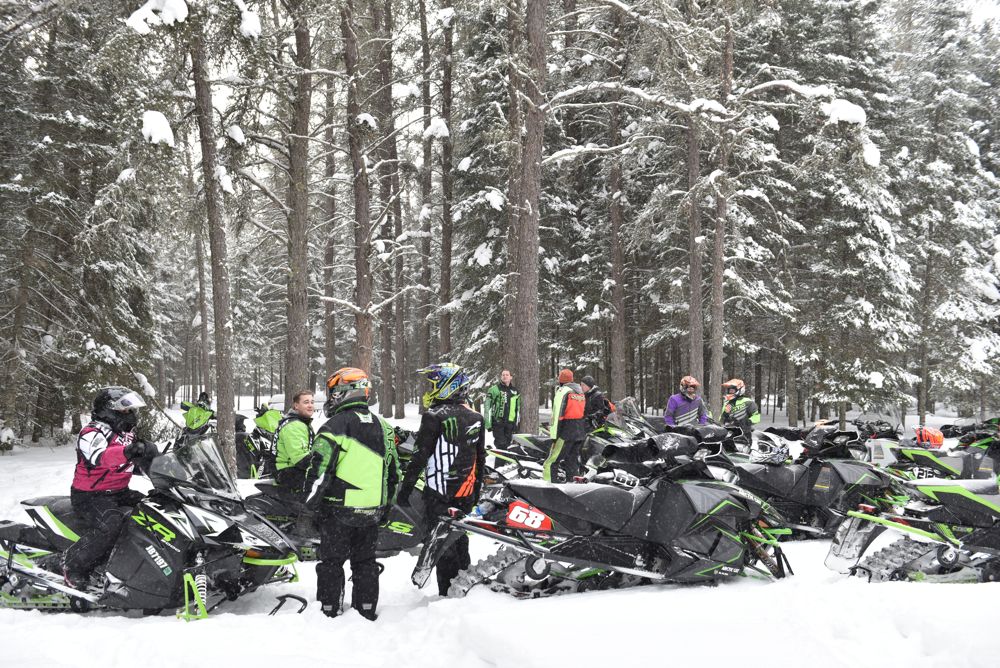 I’ve been on a lot of rides with Roger. Usually it’s 100 mph and no stopping (unless it’s to race or to get fuel). But on this day, Roger was in a mood to talk. 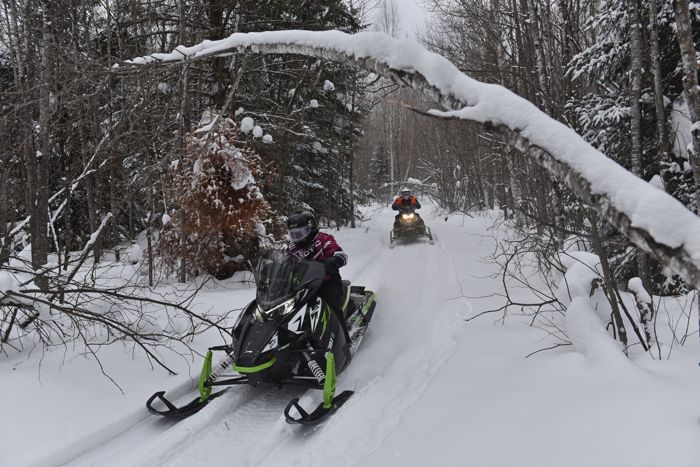 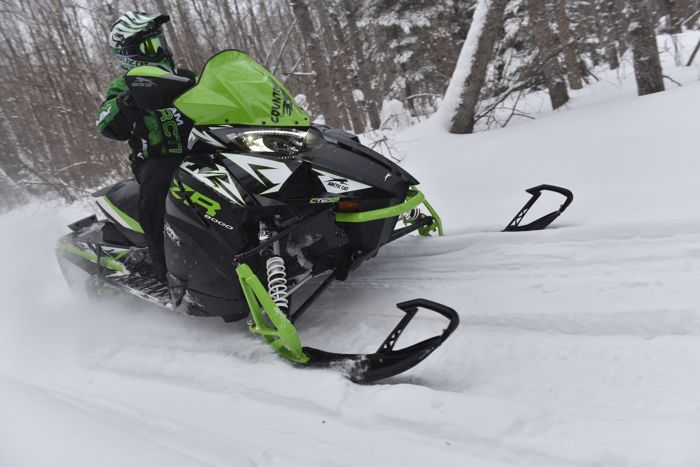 And for the 70 miles or so that we did ride, the pace was mostly casual, as though we were savoring each moment. 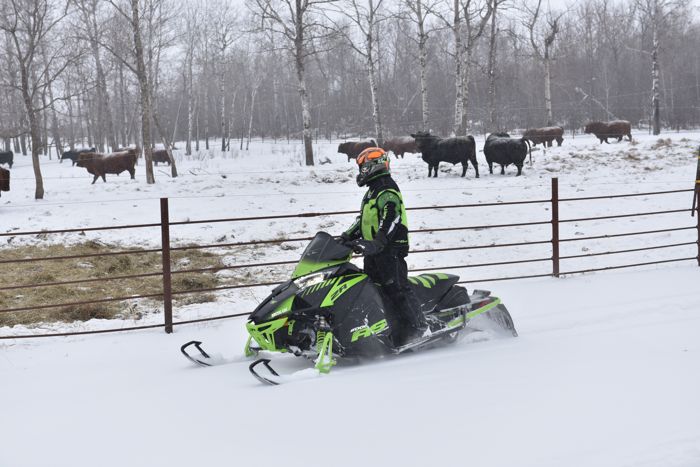 The last stretch of the ride had us next to one of the fences on his ranch, near where some of his cattle were eating hay.

Snowmobiles, family, racing/racers and cattle… we did it all except dancing. 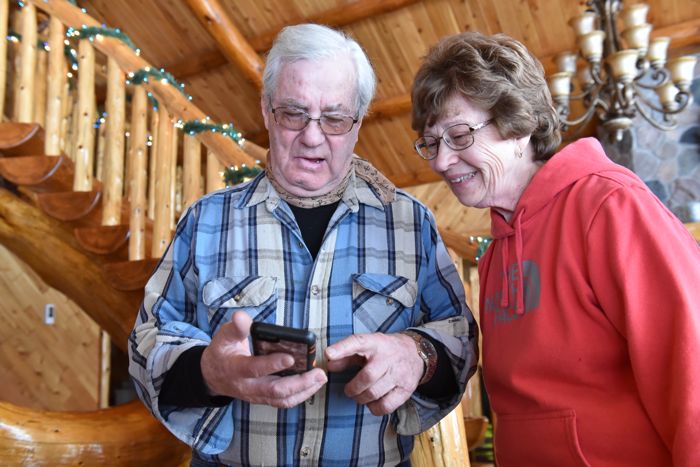 With his favorite moments of his favorite things in life captured on his phone, to be shared with Bernice (and anyone else lucky enough to be near when he starts scrolling), Roger was a happy man.

And so were his family and friends.