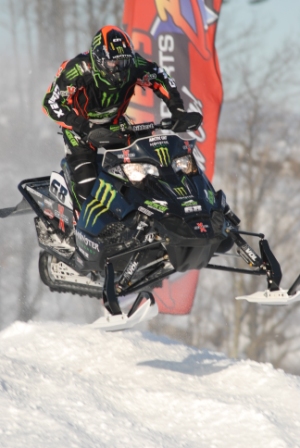 How’s this for cool: Presenting Tucker with the first place trophy…none other than Roger Skime, VP of Engineering at Arctic Cat. Roger and the entire Arctic Cat crew were all smiles on Saturday at Duluth, and for good reason. The sleds looked great and did more than their share of winning. 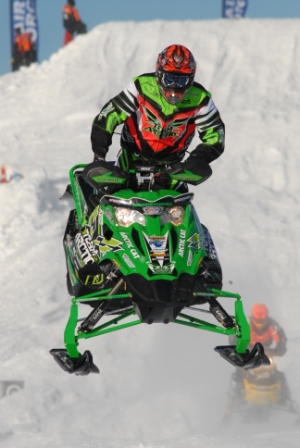 Cody Thompsen backed up his win the Semi Pro X Games qualifier on Friday, with a win in the Semi Pro Stock final on Saturday. Thomsen was WAY fast, and dominated the final.

As has been the case for at least the last five years, Arctic Cat didn’t have the most racers on the track, but they had more of the best racers. Lots of holeshots, heat wins and checkered flags. Below (l to r: Mike Kloety, Race Manager; Troy Halvorson, Engineer; and Lynn Berberich, Engineer), Arctic Cat people were quite pleased with the day. 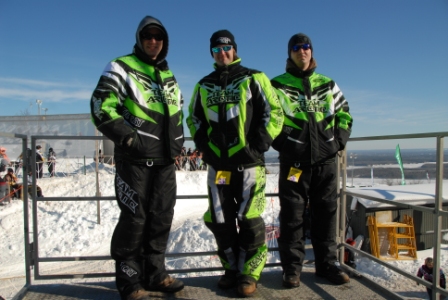 I’ll post Sunday’s final results that evening, and I’ll have a more complete report on Monday.