While on my recent trip to TRF, I got to check out a fraction of the sleds, parts and stuff of longtime Arctic Cat collector/seller, Gene Sauve.

Gene was working at Arctic Cat at the time that I, Kale and John Anderson were there, so we were only able to see the sleds and stuff that were outside. Gene has four storage buildings, one garage and three semi-trailers full of other, better-condition items, that we didn’t get to see this time around. 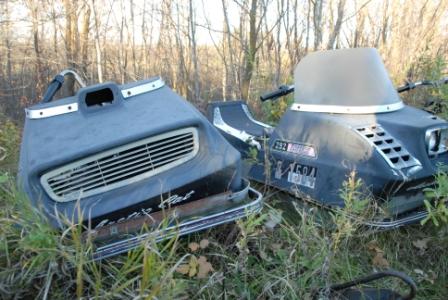 A faded Big Mouth put out to pasture, or a potential future swap meet item? Both? 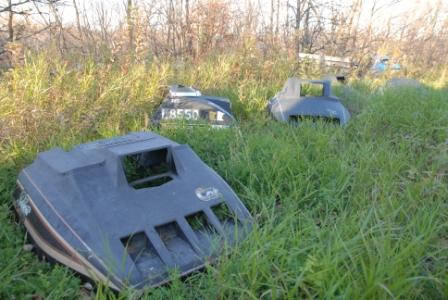 Sauve’s place is about 15 miles south of Thief River Falls. He has TONS of stuff, having bought and sold Arctic Cat stuff for a couple decades. 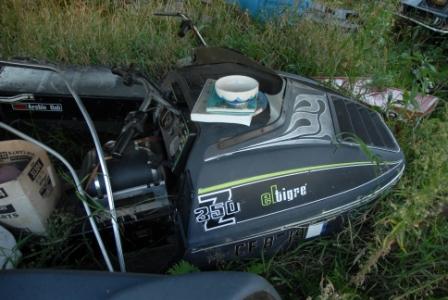 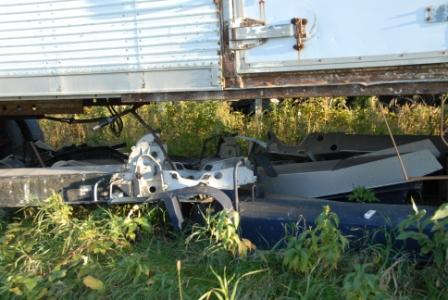 …and several Z chassis too.

A ’76 el tigre with a nice bottem-end-paperweight to prevent the seat from flying off… Joe’s ’91 Wildcat 700 EFI… lots of stories waiting to be told. 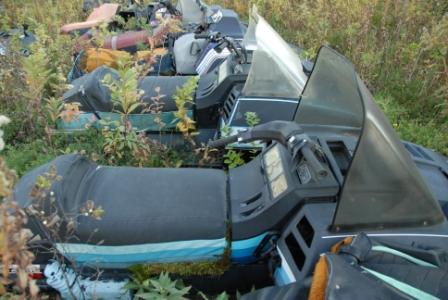 A couple Arctic Cat Trail Cats… a ’80 Polaris TX and some weeds in-between to prevent any brand fighting. 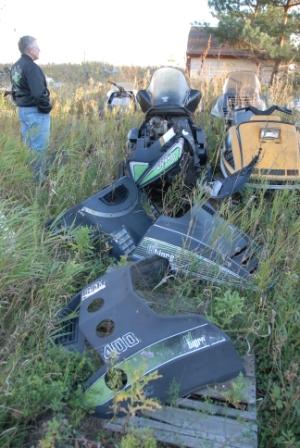 An Arctic Cat Prowler plowed up these el tigre and Panther hoods, while John Anderson ponders the universe. 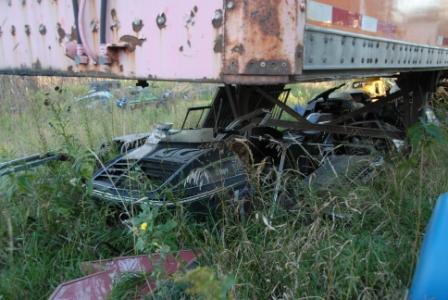 This el tigre gets the added protection of a semi-trailer, which itself is full of Arctic Cat stuff. 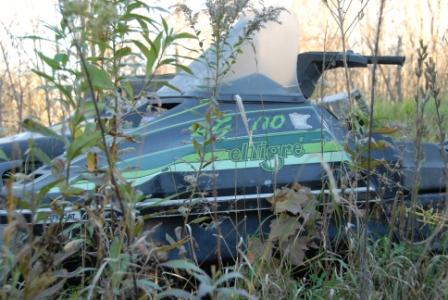 This ’81 Arctic Cat el tigre caught my eye, having recently purchased a 5000 model myself. 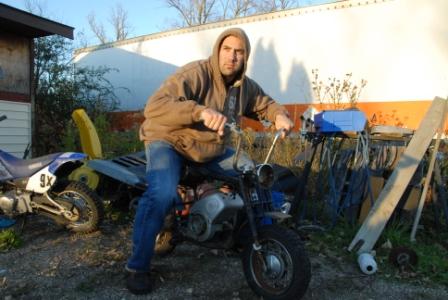 Kale was imagining himself a bad-ass biker, roaming the back-roads aboard this Arctic Cat mini bike, and bolsterd by an escort of two yellow Boss Hoss trikes. 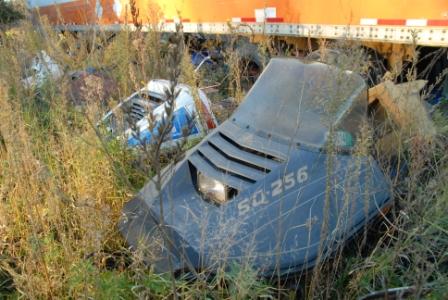 I always liked the 1985 AFS el tigre, especially when parked next to a Harley-Davidson. 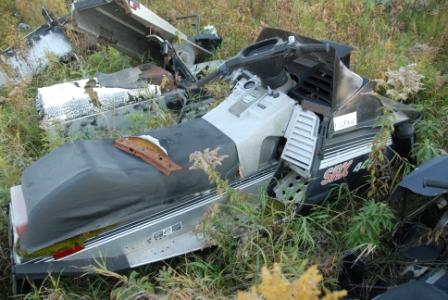 While most of Sauve’s collection is Arctic Cat, he does have a lot of other stuff, including this rare 1981 Yamaha SRX. I always liked this and the later Vmax models. 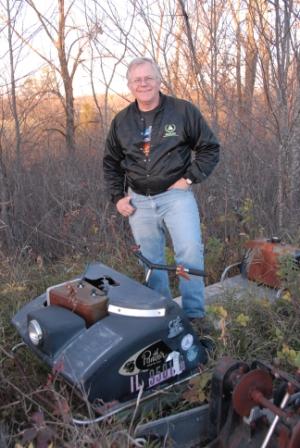 John Anderson claims this Arctic Cat Panther that he’s standing on top of, raced at the Eagle River World Championship Derby in 1969. 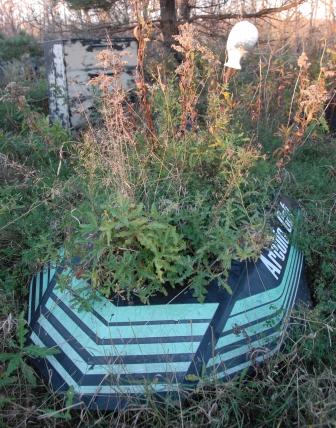 I think this 1977 Arctic Cat Z hood would look better with cylinders sticking out of it, rather than weeds. 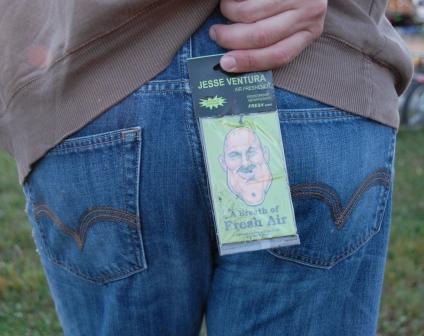 There were some other interesting finds at Sauve’s place, including this Jesse Venture air freshener that looked funny, but that didn’t do anything to reduce Kale’s funky aroma.