SHOF Raffle: Win This Sled, Ride with the Champs 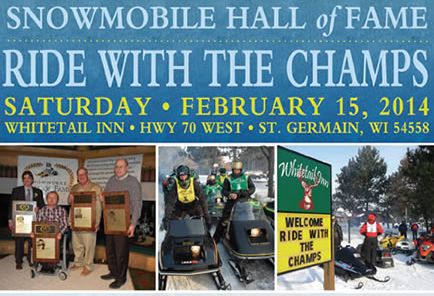 Feb. 15, 2014 marks the upcoming 2014 Snowmobile Hall of Fame inductions and Annual Ride with the Champs. It’s one of the highlights of my winter for a few reasons.

First, the Ride with the Champs is an awesome trail ride that mixes you with a whole bunch of snowmobile racing legends for a great day on the trails in the Wisconsin north woods. Last year I spent an entire day watching Blair Morgan and Tucker Hibbert rip around. In recent years, I’ve ridden with Jim Dimmerman, Brian Nelson, Stan Hayes, Doug Hayes, Aaron Scheele, Wayne Nicholson, Craig Marchbank, Jon Carlson, Tom Otte and others. 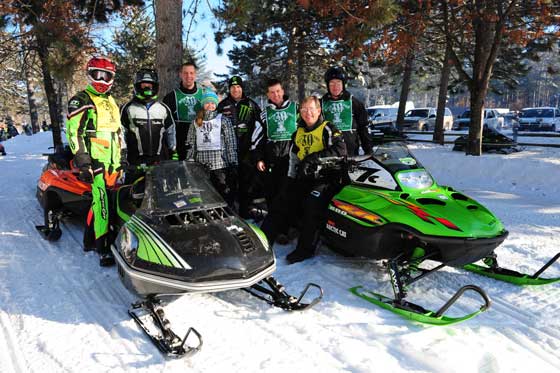 For the sadists, the diabolical Vintage Challenge is a chance for you to hate yourself for signing up to ride for 170 miles on a vintage sled. I tried it once, broke down, and vowed never to do it again. But there are a solid group of 30 or so wierdos who muster the courage (and spare parts) to do it every year, and I admire them for it. Plus, they all laugh so much about it AFTER the fact, that I can attest that it’s a tremendously fun challenge.

After the riding, on Saturday evening, four great people will be inducted into the SHOF during casual dinner celebration. In the years I’ve attended, I’ve heard phenomenal stories, laughed until my guts hurt, and been brought to tears. Sometime in just one speech (ahem, Jim Dimmerman).

The four inductees this year are Don Omdahl, Tom Rager Sr., Loren Anderson and Ted Nielsen. All four should have interesting stories. I’m especially interested to hear Loren (an irascible friend who is one of the SHOF founders, and who doesn’t pull his punches) and Ted (who owned the team that produced Jim Dimmerman’s 1984 World Championship season). 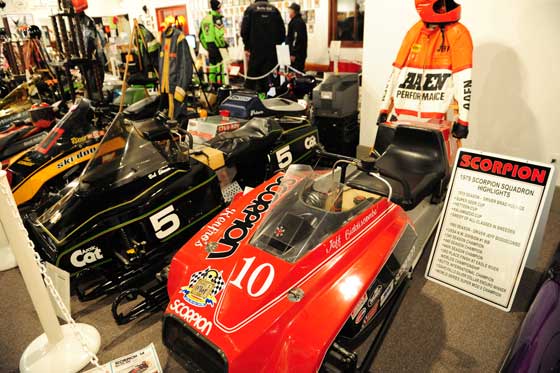 Besides all that, I’ll spend some time inside the SHOF checking out all the sleds and memorabilia, plus I might make it to St. Germain in time for the Friday Poker run.

So, again, I HIGHLY recommend this weekend to anyone with an interest in snowmobiling, racing and meeting new friends.

If you can’t go, you might as well win the F5 or the ’78 John Deere Liquifire. These are two of the sleds whose Raffle fundraisers are critical to paying for the operations that make the SHOF. In other words, if you pay $20 for three tickets (or go for the $50/10-ticket option), you will win one of the two sleds* and keep the SHOF running smoothly.

CLICK HERE to go to the SHOF site and buy raffle tickets.

Thanks for your support. I hope to see you at the Ride with the Champs next month.

*If your name is drawn. But I’m pretty sure it will be.