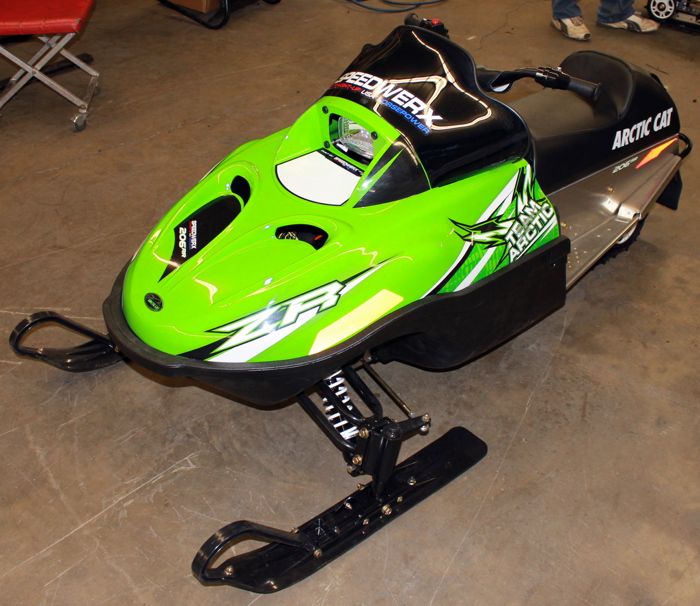 Recently, Speedwerx came out with a kitted Arctic Cat ZR120 sled featuring the Briggs & Stratton 206 motor instead of the stock 120cc engine, plus a few extra goodies.

Their calling it the 206RR Arctic Cat, as in “race replica.” 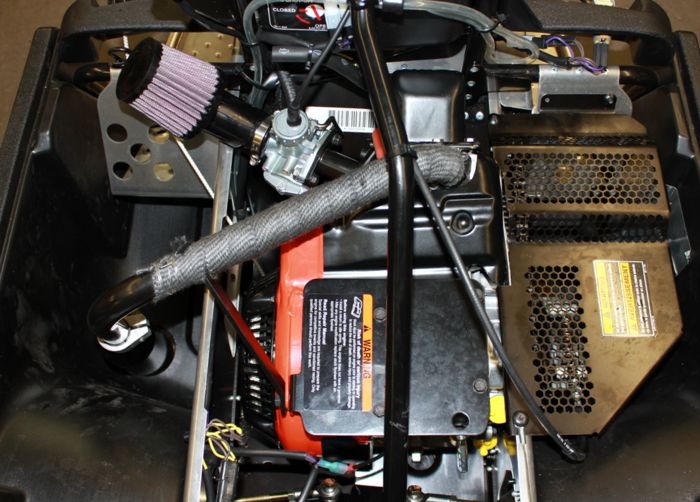 The Briggs 206 engine produces 9 hp (compared to the 3 hp produced by the stock engine) and, in the RR, comes with Speedwerx exhaust, clutching and hub/gearing revisions. It runs on 87 octane fuel.

It also gets a custom graphics kit designating its RR status. 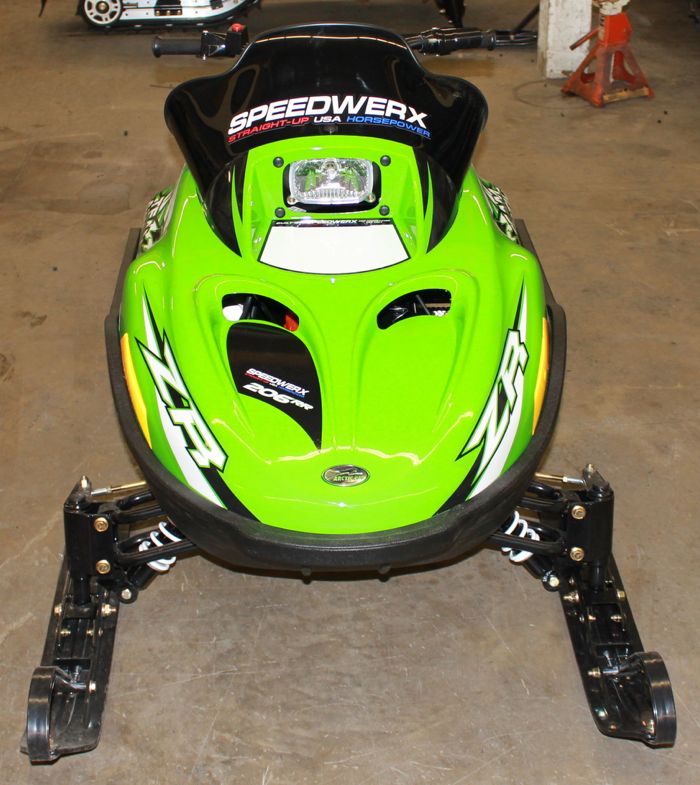 The SSRP (Speedwerx Suggested Retail Price) for this machine is $3,599. For those who want to build their own version using the same items can buy the Speedwerx kit for $1,500. For those who want even more performance, Speedwerx offers a whole palette of fun, including FOX Shox, long track kits, Extravert drive wheels and clutching/gearing.

So what is the real-world performance difference between a stock 120 and this 206RR?

The stocker runs about 7 mph out of the box, or 10 mph with a governor bypass kit.

The RR runs 25mph (in 200 ft) but can be clutched/gear to run faster or slower as desired.

For the family that’s planning to race, the 206 Briggs has fast become a no-brainer.

For the family who wants a higher-performance sled than the stock 120, this kit is a great alternative that definitely extends the “I’m-having-fun-on-it” period by a couple years compared to a stock sled.

Livingston’s Arctic Cat is one of the Arctic Cat dealerships who offer the new Speedwerx 206RR. They filmed some comparisons between it, a stock 120 and a Yamaha Sno-Scoot.

It addition to Speedwerx and Livingston’s, the 206RR is available from Country Cat, Country Corners and Echo Cycle (dealers who are interested in the 206RR should contact Speedwerx).

CLICK HERE to go to Speedwerx.com for more info on the sled.