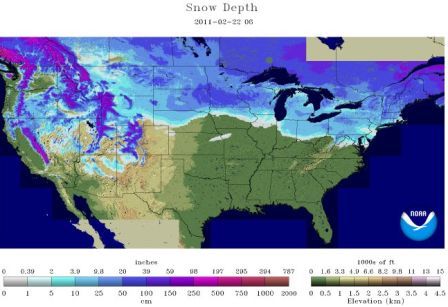 Yes, weather is local. And painful winter thaws can be followed by monstrous blizzards.