The Speedwerx / Tralo Motorsports / Arctic Cat Team made the short trip to ERX Motor Park in Elk River, MN on July 10-11 for 5th running of the ERX Off-Road National, which served as the opening round of the new Championship Off-Road series. 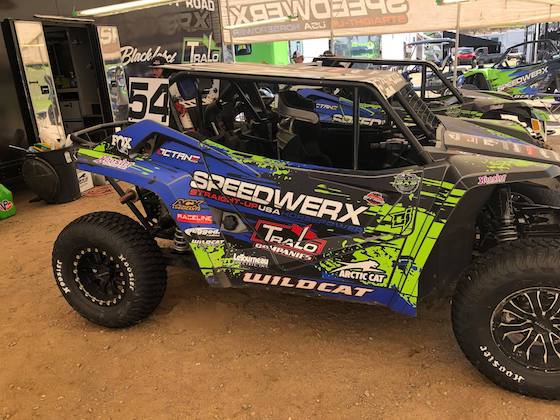 The team ran five Wildcat XX’s at the event- Jeremy Houle 54 and Rookie Pro Jack LeTourneau 97 competed in the Pro Stock SXS division, and in the Sportsman division rookies Jake Jorgenson 11 and Mike LeTourneau 99 were joined by a late addition to the roster, Jonny Hentges 15.

Friday morning started off with Jack and Jeremy qualifying 2nd and 3rd and with a four car invert, this would put Jeremy on the outside front row and Jack inside row 2 for the main event later that day. 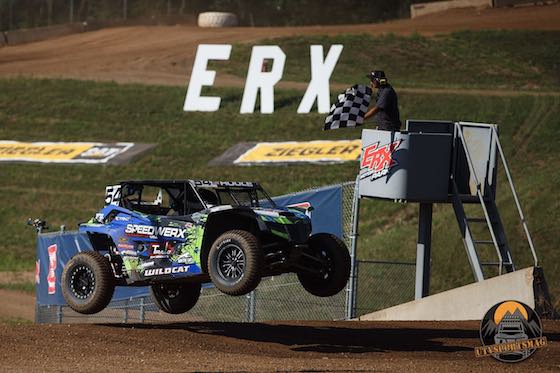 Following several Sportsman truck and buggy races, the Sportsman SXS race was up with their mid-afternoon 10 lap main event. Starting positions in the 31 car field were selected with a random draw with Jonny starting 2nd, Mike 6th, and Jake 23rd. When the green flag flew, Jonny jumped out to an early lead and Mike slotted into 2nd, but there was a yellow before the lap was completed and they lined back up in their original positions for a restart.

On the second attempt, Johnny again jumped out to an early lead, but would cross the line in 2nd, with Mike in 4th and Jake up to 14th. The racers continued to battle for position until a yellow flew on lap 7 with Mike 3rd, Jonny 5th, and Jake 6th.

The race was then shortened to 8 laps due to time and on the restart, the green and white were displayed for a one lap dash to the finish. With the field bunched up again there was a lot of jockeying for position and when the checkers few it was Jonny in 5th, Jake in 6th and Mike in 7th. Mike posted the fastest lap of the race, and Jake had the second fastest during his charge through the field. 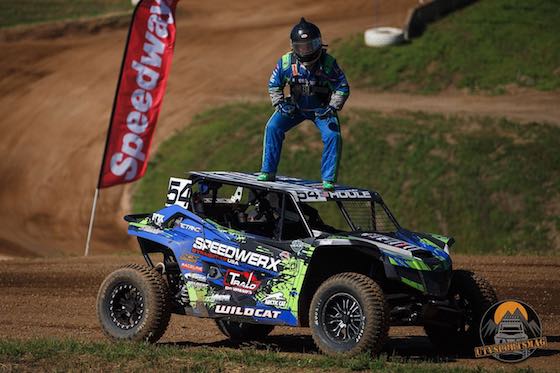 Following opening ceremonies, Jeremy and Jack were in the first Pro class race – the 12 lap, 25 car Pro Stock SXS main. When the Green flag flew both drivers wasted no time getting out front in the 1st and 2nd positions, and when the competition caution flew at the halfway point, Jeremy led Jack by over 1.5 seconds and third by 3.9 seconds.

On the restart they maintained their positions but late in the lap Jack got caught up in a rut and flipped. The yellow came out and Jack was able to restart but had to go to the tail of the field. Back under green, Jeremy drove a smooth race and continued to maintain his lead to the finish. He would take the checkers with about a three car length lead over the defending champion, while Jack made it all the way back up to 7th place.

During Saturday morning’s Pro qualifying session, Jeremy smoked the field and qualified in the 1st position. After the re-draw, Jeremy would start 6th and Jack would start 7th.

The Sportsman SXS class is now lined up based off of points with the top 12 inverted for the remainder of the season. This put all of three of the team’s drivers starting towards the front in the 6th, 7th, and 8th positions for the 10 lap, 30 car main. When the green flag flew Mike quickly made his way into 3rd with Jake right behind him in 4th, while Jonny got caught up behind two other cars that tangled, causing him to drop back to 15th before he could get going again.

On the second lap, the yellow flew as Mike found himself upside down in the tight switchback corner but race officials called it on the second place driver and Mike was given his spot back.

On the restart Mike was solidly in 2nd place and Jake in 3rd, but the race was filled with cautions and the laps were cut to 7 and then to 6 due to the time limit. Unfortunately one of the cautions was for Jonny who took a horrible ride, flipping multiple times up the hill and ending his day early. The final restart had the white and green out at the same time for another one lap dash and in the end the top three would remain the same with Mike in 2nd and Jake 3rd.

Jeremy and Jack were up next for the 12 lap, 23 car Pro Stock SXS final. Jeremy quickly made his way into 3rd place after a few corners, while Jack was in 7th racing hard with the defending champion for position. There was a restart on lap 2 and Jeremy took advantage and made an aggressive move up the inside to sweep into 2nd, and immediately began putting pressure on the race leader.

On lap 4, Jack got tangled up trying to make an inside pass on the switchback turn and wound up with damage to severe to continue on. The race would be shortened to 10 laps due to time and on the next restart Jeremy was all over the leader again and made several attempts to find a way to pass the leader clean, but had to settle for 2nd place rather than risk a bump and run that could take them both out.

The entire livestream broadcast can also be seen at this link- https://champoffroad.com/on-demand/. There you can choose to see Sportsman or Pro races for each day, and skip right to the SXS main events.

Up next on the schedule is second stop of the Championship Off-Road series at Dirt City Motorplex in Lena, WI on July 25-26.

The team is confident in their setup for this race and expects to be contenders for podiums and wins after showing great speed in the SXS Sports event held there in late June.

The races will again be broadcast with a free livestream on Saturday and Sunday at https://champoffroad.com/livestream/. 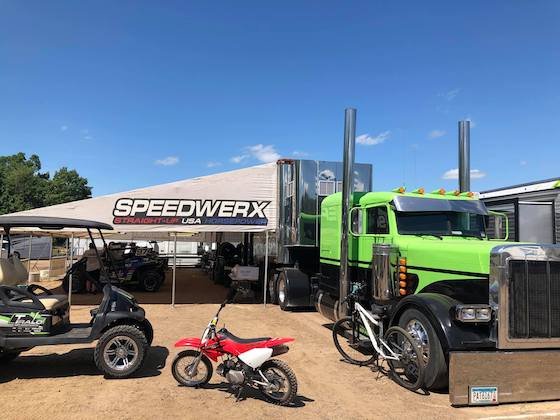