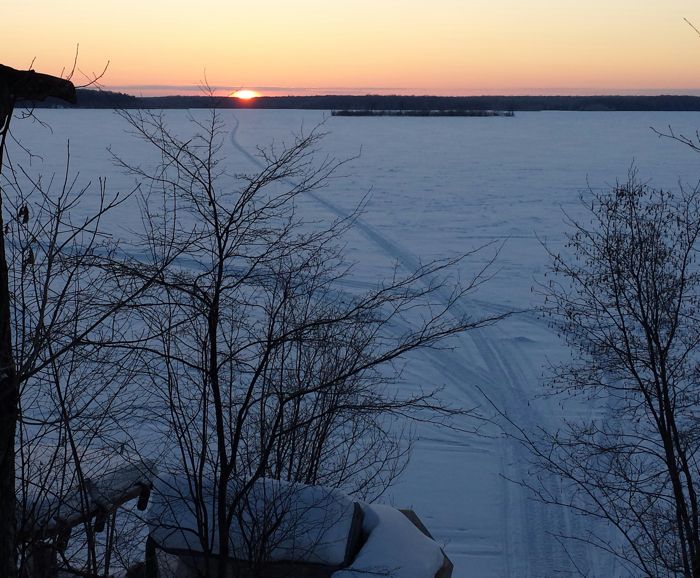 She watches her 9-year-old son stare out the window of the car. His eyes trace the tracks made by snowmobiles.

She doesn’t notice the snowmobile cruising along the ditch until she hears him declare its brand and model, hurriedly and full of excitement, as if he had the answer in a family game of charades.

There’s no question about her son’s accuracy of such declarations; for she’s well aware of the hours he spends each week rereading the same dozen or so snowmobile magazines. He knows these machines like other kids know baseball players.

She feels his disappointment of having to wait so long between each trip up north, during which he rides his uncle’s old machines with his brother and cousins while the grownups catch fish from beneath the lake ice.

He doesn’t understand the challenge of raising two boys by herself or of having little extra money. There’s no good reason to burden him with such matters.

She doesn’t know it yet, but these trips and his desire to ride are just prelude to the decades ahead.

It’s the winter of his 13th year. The years of pleading finally deliver their desired effect: She ignores their lack of resources, access to riding areas and other such challenges and purchases a well-used, 10-year old machine from a friend of a friend.

She also summons enough courage and trust to bring him and the sled to a town across the river, where it’s legal to ride and where there are trails for such things. She drops him off with instructions to meet back at this spot several hours later. There is no way to check on him. She holds fast to her faith that he will take care of himself.

He has no inkling of the fears or concerns that creep through her thoughts during such times. He only knows that he rides. It’s all he wants to do, it’s what consumes him.

She recognizes the love he feels for his sport. It was the same passion her late husband felt for hunting and fishing.

Another year passes. Not long after the old and tired machine coughs out its last mile – nearly leaving the young man stranded – she finds a way to buy him a brand new snowmobile. It’s a couple years old, but still new in the crate. He has never been so happy.

At 14 and 15, his rides turn longer. On weekends she still drops him off at the trailhead across the river from where they live. But now, when she picks him up in the afternoon, he recounts his journeys to places 30 miles away from this place. Whatever fears she has are softened by the fact that he’s learned these routes by himself; he’s paid for the gas with money from his job; he’s spent hours working on his machine in their garage; and that he’s always been on time when she’s picked him up.

She has no objection when, at 16, he pays several thousand dollars for a brand new machine with money he’s earned for himself. And while she doesn’t fully comprehend why he repeats this action a year later with another new machine, she appreciates his resolve and his responsibility for such matters.

He’s 20 when he buys his third new snowmobile, a machine meant for racing. She knows what comes next. If she’s afraid of him racing, she does not show it. “Be careful,” is all she asks.

Decades go by. Her son is a middle-aged man. He still dreams about snowmobiles every single day. And she smiles when he talks about his own son — her grandson — who stares out the window at the tracks in the snow.

Such great gifts we give and receive that they can last a lifetime!