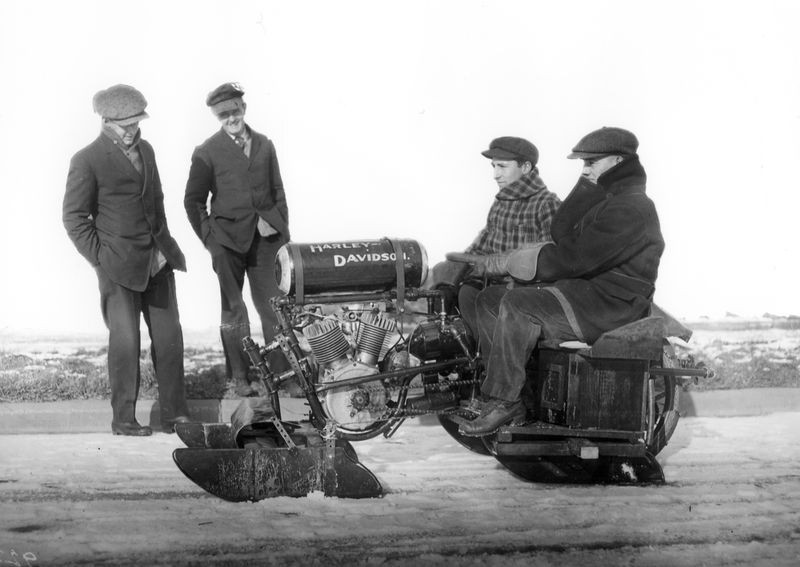 I’m thankful that, back in 1923, the Sno Baron’s experimented hosting a snowmobile event that included drag racing.

I’m thankful that both Harley and Davidson competed in the Outlaw class.

I’m thankful they tweaked the event by moving it from March to September.

For sure I’m thankful that Minnesota Rob captured the moment with his first-gen Kodak Brownie camera.