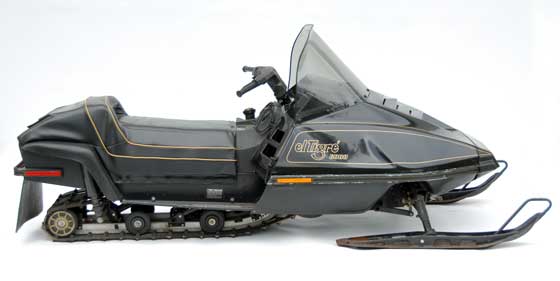 The 2014 Arctic Cat el Tigre 6000 is noteworthy for many reasons, including the new Arctic Cat-built DSI 2-stroke engine coupled with the return of its hallowed name to the lineup.

Interestingly, it’s not the first time that “el Tigre 6000” came back to the litter sporting new technology.

The first time was in 1985, when the el Tigre 6000 heralded Arctic Cat’s first foray into independent front suspension after arising from the ashes of Arctic Enterprises.

Arctco, Inc., had produced the first Arctic Cat 6000 for 1984, although it was essentially identical to the last leaf-sprung Tiger from the 1981 model year. That and the warmed-over 1984 Panther were enough to get the new company on its feet, but it would be the 1985 AFS el Tigre and Cougar models that gave the brand some serious traction.

What strikes me now as I reflect on that ’85 Tiger is just how tame it is compared to pretty much any modern sled, especially the new ZR6000 el Tigre (which is 12 in. longer; 50-hp more powerful with 5 additional gallons of fuel capacity; and $6,500 more expensive [not inflation-adjusted]).

The stature of the ’85 is completely mild compared to the 2014 model, which isn’t much of a surprise when you think about the super-sizing of every product in the past 30 years.

I was 17 years old in 1985 when I experienced the slight intimidation of the then-new el Tigre 6000. I wonder if 17 year olds today have a similar reaction when they look at the new Tiger?