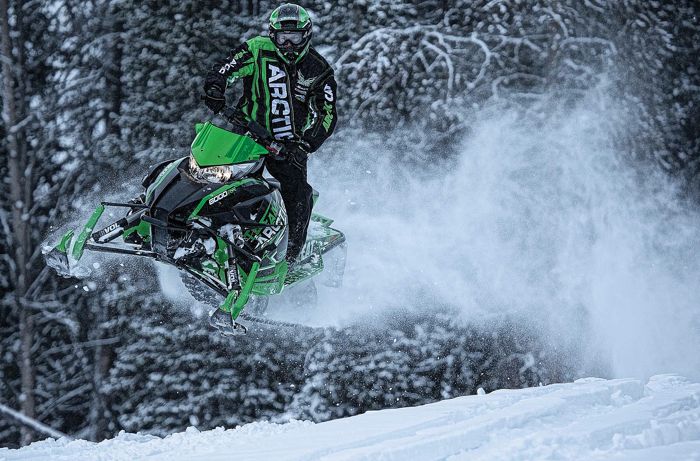 Top-10 things to know about the 2015 Arctic Cat snowmobiles 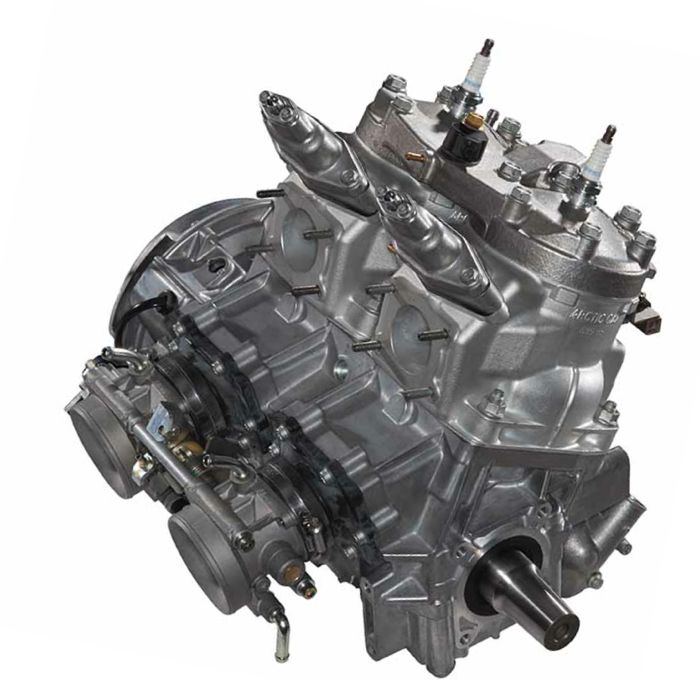 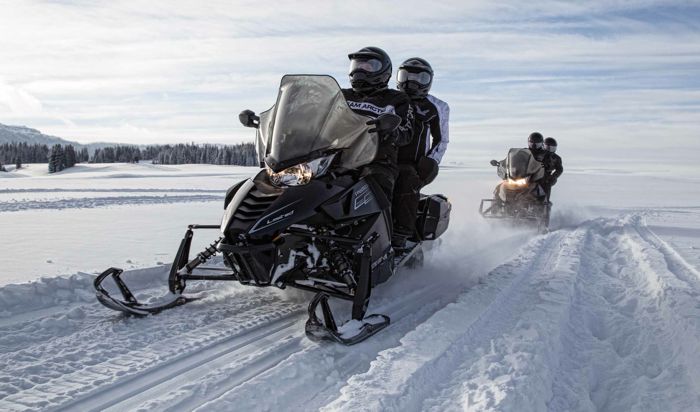 2. The Catillac is Back! Resplendent in all-black, the Pantera returns to the touring segment with the new ProTour chassis, the 7000 C-TEC4 Yamaha engine and an array of cool touring technology for both one and 2-up riding.

There’s a Pantera and Pantera Limited, each with a detachable 2-up passenger seat; electrical plug-in for heated helmet visors for both riders; SLIDE-ACTION rear suspension with 146-in. track; a tall windshield with mirrors; and 1500-cu.-in. hard plastic rear storage compartment. 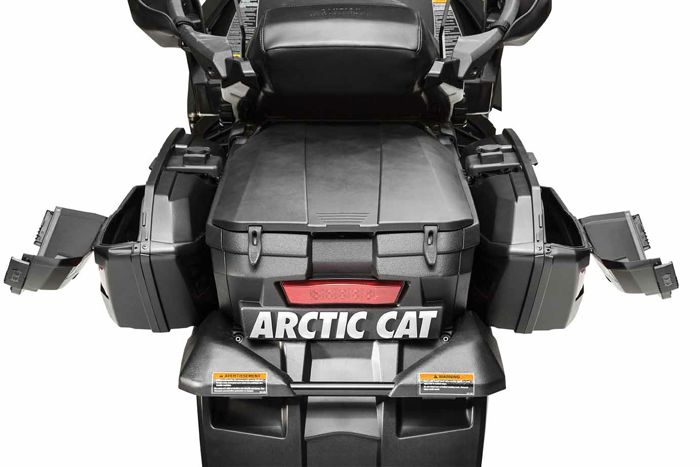 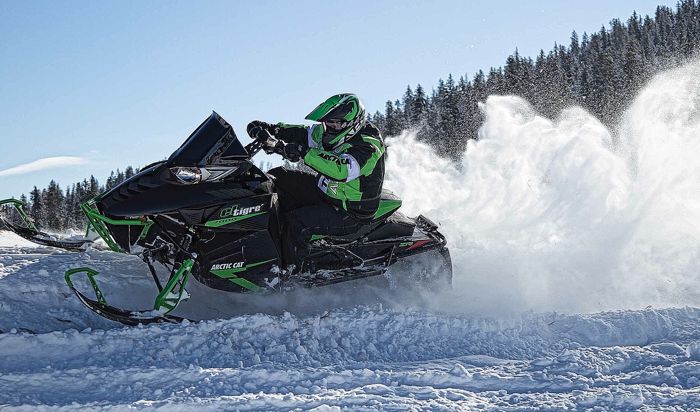 After a five year run that saw the 85-hp Sno Pro 500 become a veritable cult classic hit, it is replaced for 2015 by the new ZR 4000 RR and LXR models. The new models are built upon the ProCross chassis and the big jump in improved fit, finish and overall comfort compared to the previous race chassis.

I spent a day riding a prototype ZR 4000 RR a couple weeks ago and I’ll post a report on it in the next week or so. For now, know that it’s a great progression for the awesome 4000 Series engine (the 85-hp Suzuki 500 EFI liquid) and a huge improvement for trail riders. 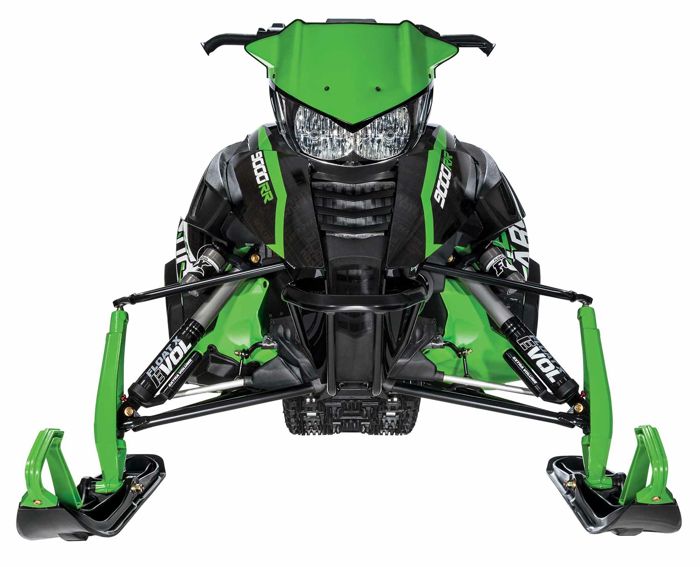 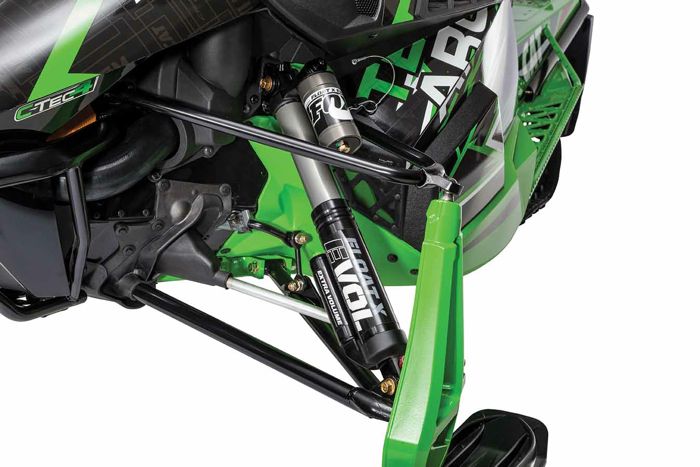 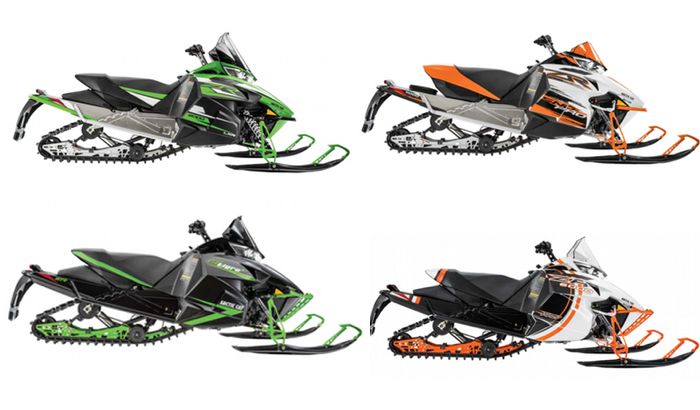 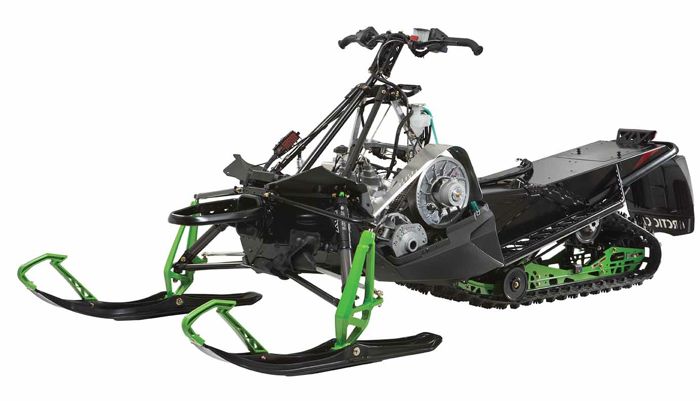 On the ZR models (above), Arctic Cat has improved the durability of the driveshaft; improved the shock calibrations for greater comfort; swapped to magnesium idler wheel blocks on the skidframe for reduced weight; involute/exvolute track drive sprockets; and spec’d split skag ski carbides with a deeper, more aggressive host bar for more positive cornering. 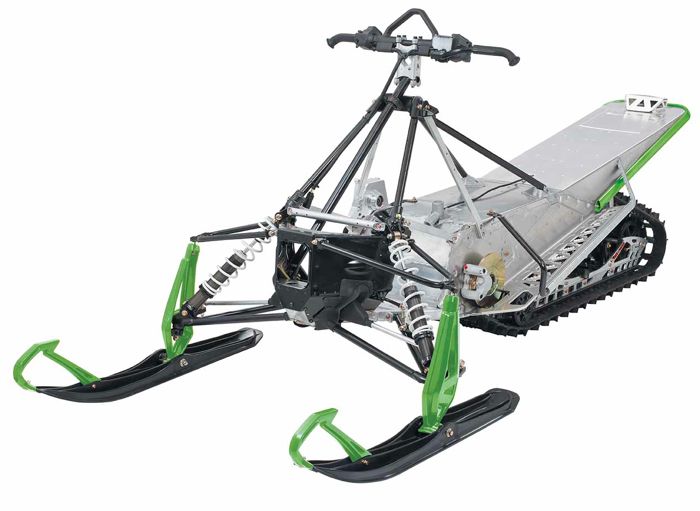 It’s a similar list of updates on the XF ProCross models (the XFs with the 137-in. track), including the more durable driven shaft; improved bleed shim valving on FOX FLOAT 3 ski shocks; magnesium idler wheel blocks on the skidframe; and split ski skags with a deep host bar.

Likewise, the XF ProClimb (141-in. track) models also get the more durable driven shaft; improved bleed shim valving on FOX FLOAT 3 ski shocks; and magnesium idler wheel blocks on the skidframe. In addition, the High Country models get a 2-in. narrower ski stance (now 40-41-in. adjustable) for improved side hilling. 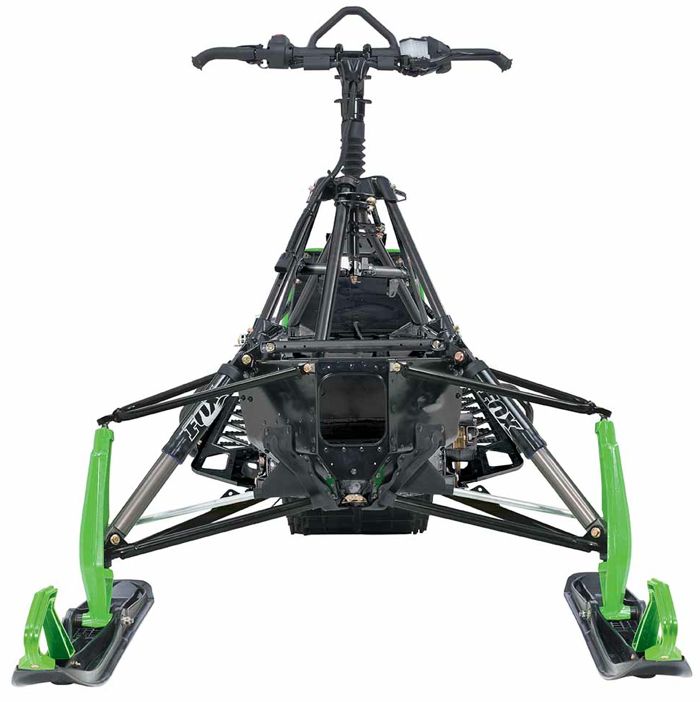 The 2015 M Series models get FOX FLOAT 3 shocks on rear arm; improved valve calibration; wheels added to the front of the suspension rails to prevent track snagging; rail braces on all M Sno Pro & Limited models; a 40-in stance on M8 HCR; and FLOAT 3 EVOL ski shocks on all HCRs. 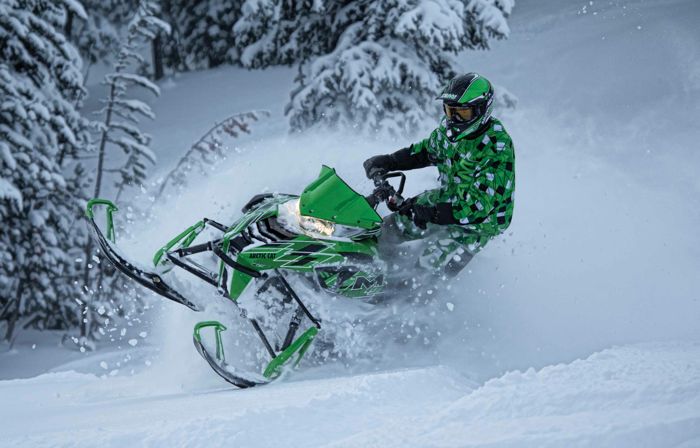 8. M 7000 Sno Pro. For mountain riders who want the 135-hp class power of the 7000 Series Yamaha engine, there’s a Sno Pro package mountain sled with 153-in. track and vertical steering post just for you. 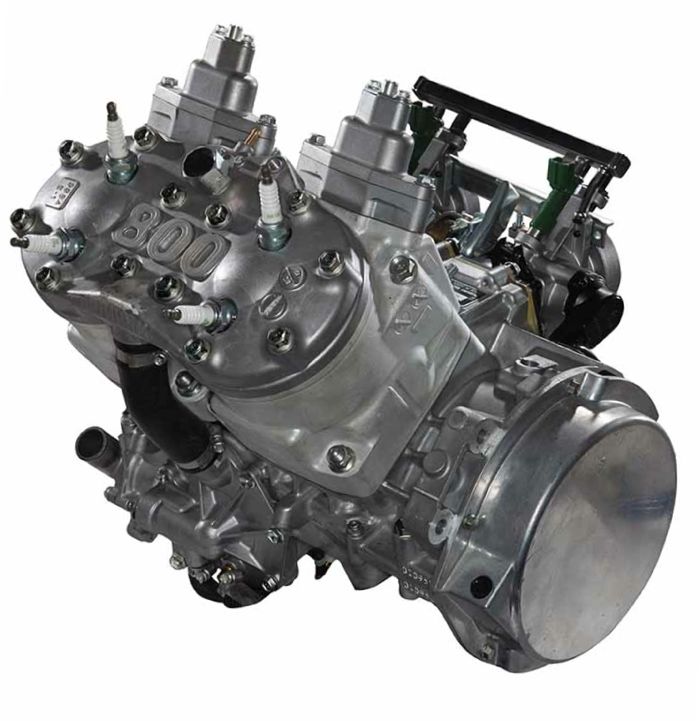 9. Suzuki engines remain. At a small gathering of snowmobile media (and undoubtedly right now at its dealer show) Arctic Cat announced that the company will continue to utilize Suzuki engines for at least several more years.

Arctic Cat didn’t say exactly, but I gathered from the announcement that Suzuki will continue to supply existing engines only, rather than introducing new mills. 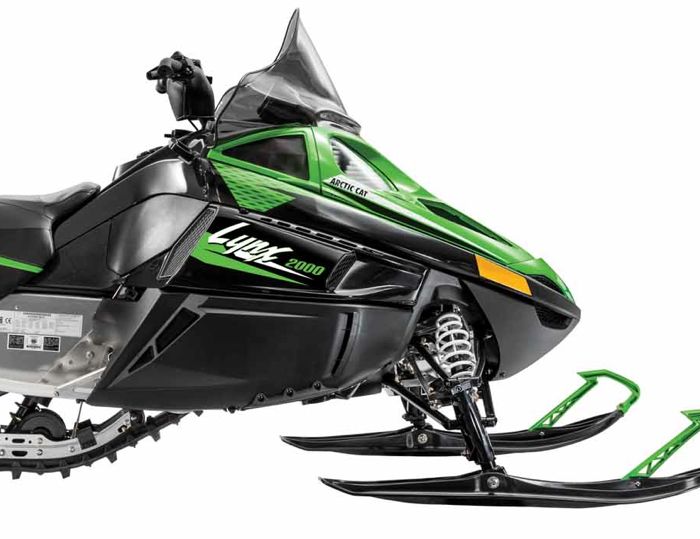 10. Feline names on the rebound? First it was the return of the El Tigre for 2014. And now the Pantera and Lynx names return (the latter for Twin Spar chassis machines). A slow move back to feline names for Arctic Cat, or just a few anomalies?

I will post riding reports in the next week or so. Stay tuned.