What Cat Will Be Let Out of the Bag at Hay Days? 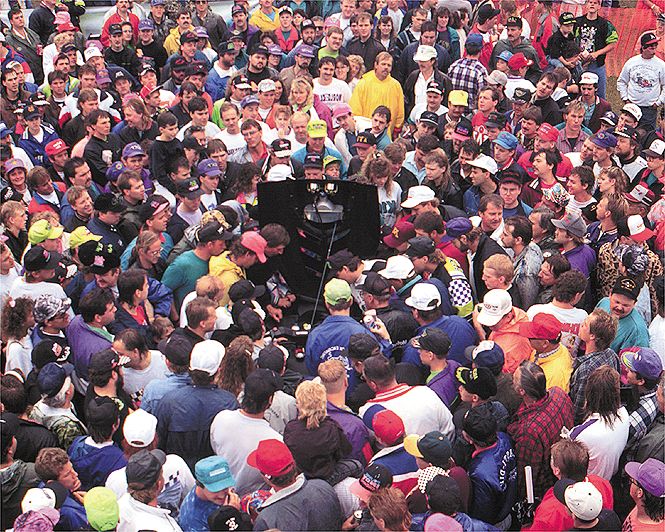 If the past is the best predictor of the future, then Arctic Cat will use this weekend’s SnoBaron’s Hay Days to unveil something.

Beginning with the original 1993 ZR (photo above) and continuing with many, many snowmobiles, Arctic Cat has chosen this massive gathering of sledders to be the first to see, sit and salivate over a just-in-time-for-winter new model. 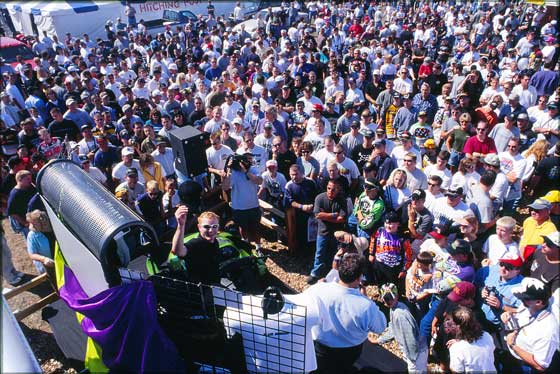 In addition to the ’93 ZRs, I distinctly remember the Blair Morgan Edition ZR 600 (above), the original Tucker Hibbert Edition F800 and last year’s M6000 Sno Pro.

And of course multiple race sleds over the years. 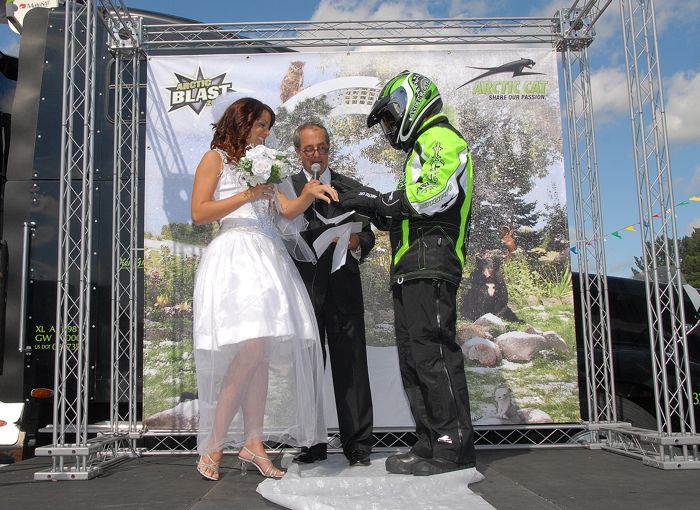 Usually it’s a new snowmobile, however, they’ve also unveiled events (Hometown Tour as well as the Snow Blast in West Yellowstone) and a sacred wedding (between Waiting for Winter guy and Mother Nature, above).

So my question to all of you is, what do expect Arctic Cat will unveil this Saturday at Hay Days? 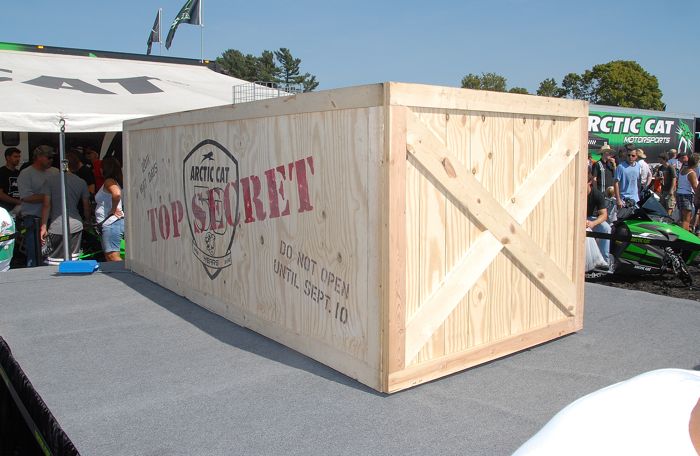 What do you want Arctic Cat to unveil?

Like many of you, I’ll be at their booth at 1pm on Saturday to see what Cat is let out of the bag. 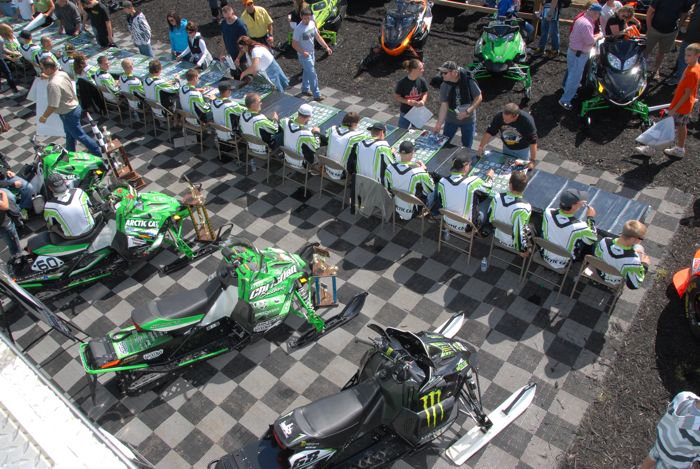 I hope to see you there!

(More pix below for your viewing pleasure.) 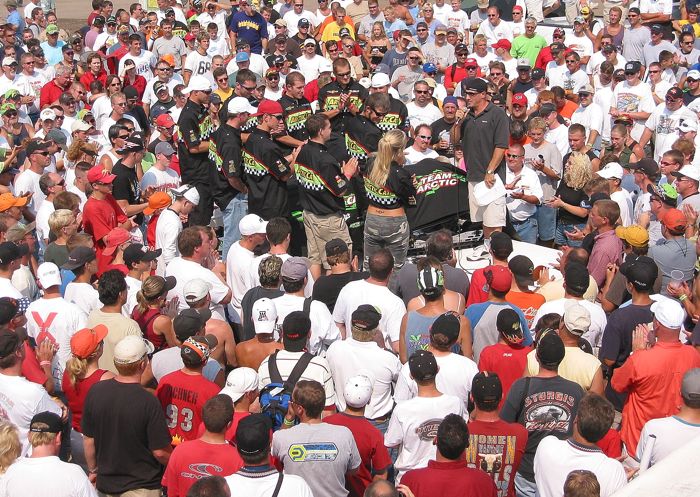 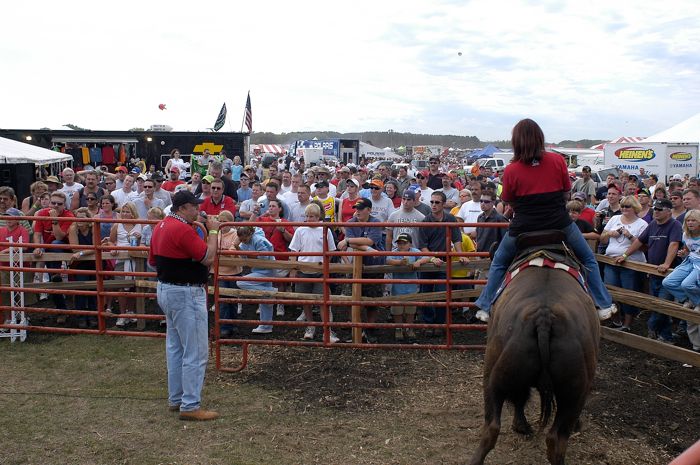 Easily the weirdest unveil occurred in 2004, when then Arctic Cat’s marketing VP (at the time) had a live buffalo in the booth to announce the 2005 Snow Blast event in West Yellowstone. 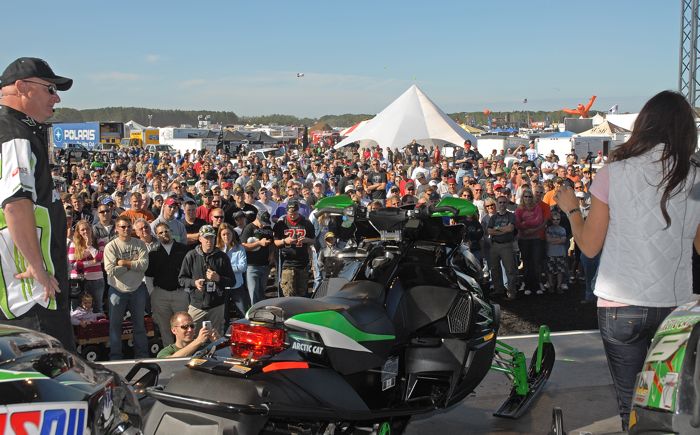 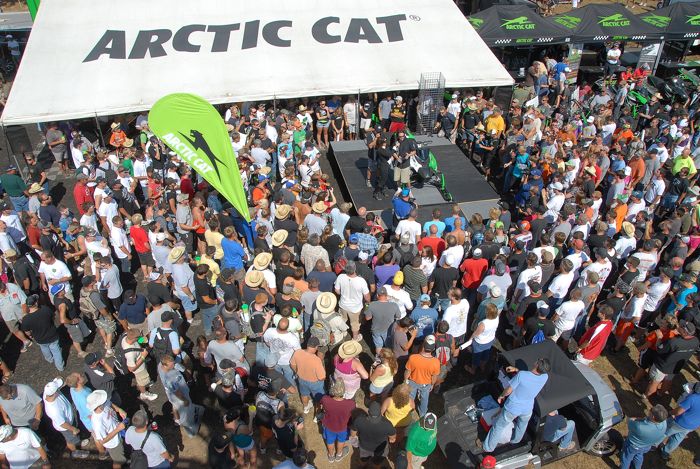 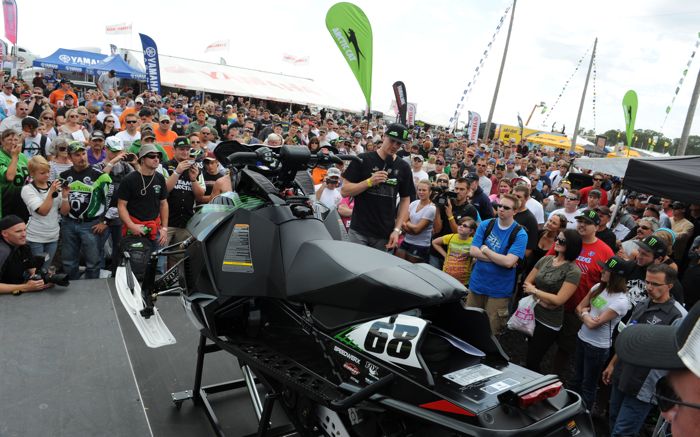 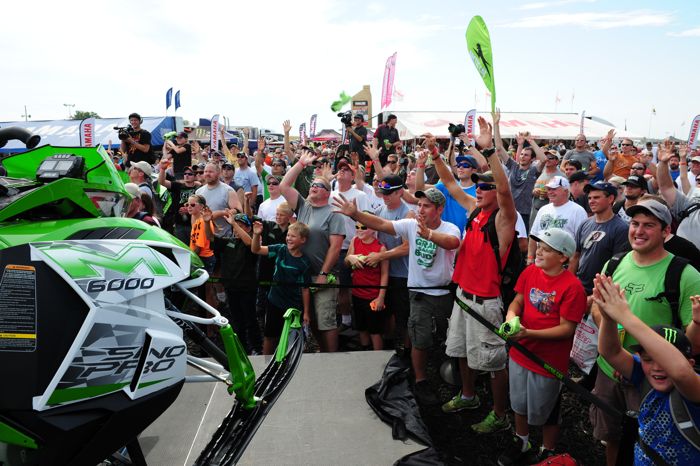 What will happen this year is anybody’s guess.