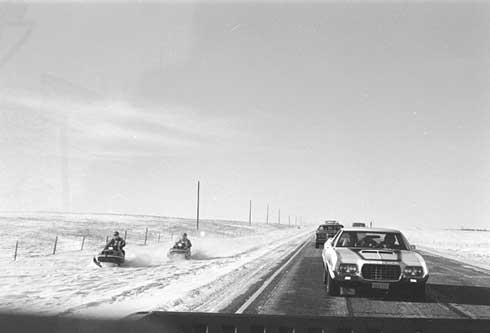 The allure of pounding a ditchline from Winnipeg, Manitoba, to near St. Paul, Minnesota, continues to capture the imaginations of snowmobilers captivated by the original I-500 cross-country race.

Recently I’ve had conversations with people kicking around the idea of a recreational ride from Winnipeg to the Twin Cities. One person talking about it is vintage guru Don McLennan, who recreated much of the ride in 2010. Don lives in Oak Bluff, Manitoba, has raced the old Winnipeg several times.

The other people talking about such a ride are Joey Hallstrom and Jon Carlson, both Winnipeg race veterans and guys who know how to put together an event of this nature.

Hallstrom was one of the principals who launched the Jeep 500 in 1987, seven years after the original Winnipeg/St. Paul Winter Carnival I-500 threw its final checkered flag.

Carlson was a top Factory Team Deere competitor who in recent years has devoted much time and energy helping the Snowmobile Hall of Fame.

The idea of a fun ride from Winnipeg, open to anyone with a sense of adventure (and perhaps a sense of humor) is very intriguing. Hallstrom’s vision is for loosely-organized ride, whereby riders can go at their own pace on anything from vintage to modern sleds. Gas stop locations would be suggested, and the route would be indicated on maps rather than with actual race course markers. A semi-trailer sag wagon would follow the route each day, picking up any tired bodies and reluctant snowmobiles.

Overnight locations would include some classic “race” towns, like Roseau, TRF, Alexandria and a “finish” somewhere on the outskirts of the Twin Cities.

Carlson sees it as a great tie-in with the SHOF, in a similar vein as the Vintage Challenge event in conjunction with the Ride with the Champs.

When asked when such a ride might occur, Hallstrom suggested this coming winter.

Anyone (besides me) interested in such an adventure? My only question would be whether to ride vintage or modern? 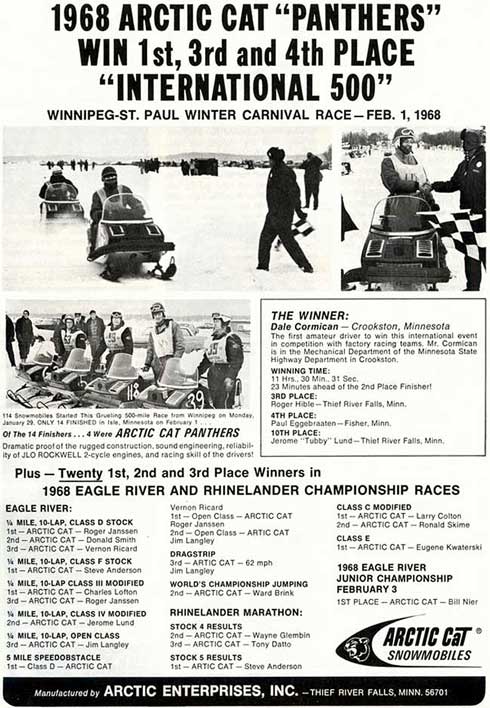 How cool would it be if Cormican, Tubby Lund and others were to participate in a Winnipeg ride!?! 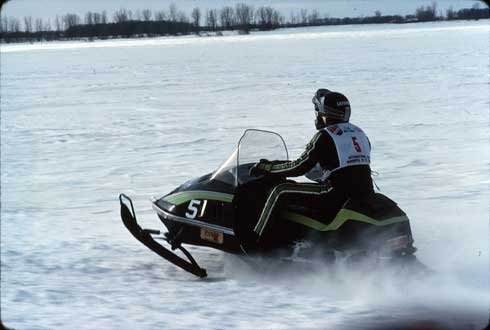 Maybe Jim Safranski too? Here’s Jim ripping a ditchline in the 1978 Winnipeg. 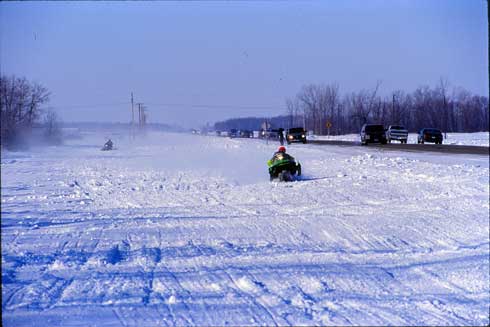 Here’s a shot from the 1996 ISOC Grand 500 cross-country, which ran from Winnipeg to Roseau. 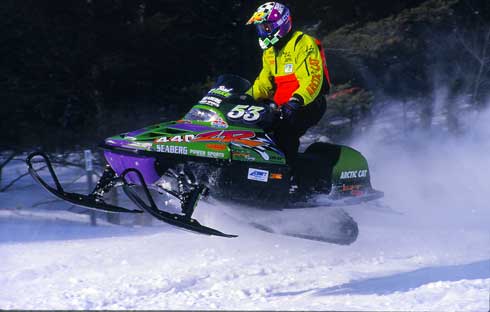 Brad Pake won the 1996 Grand 500, repeating his win from the year previous. Here’s Pake nearing Bemidji, the finish town for the second of three legs. 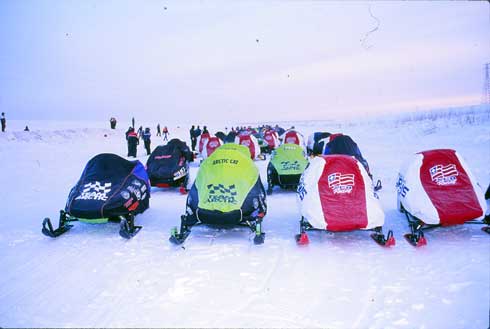 Here’s the line-up of race sleds at the start of the ’96 Grand 500 outside of Winnipeg. 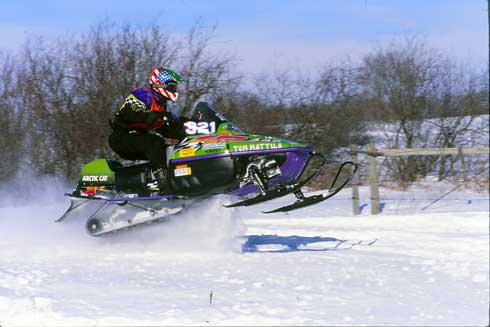 One of my favorite racers from the 1990s-era ISOC years, Tom Mattila is shown here on his way to the finish in Roseau. If memory serves correct, Mattila scored a 7th place in the 1997 edition. 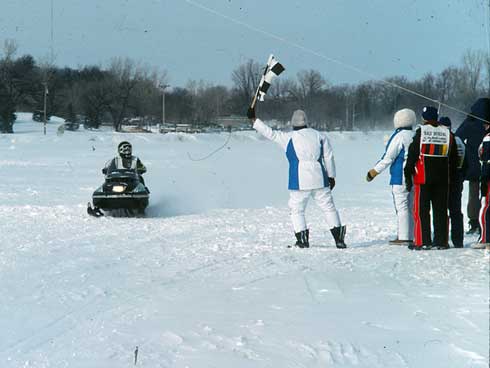 Here’s Brian Nelson taking the checkered flag during the 1978 I-500, which he won. Anyone know which day of the race this is from?