Worth the Risk?: Allowing My Son to Race a Snowmobile 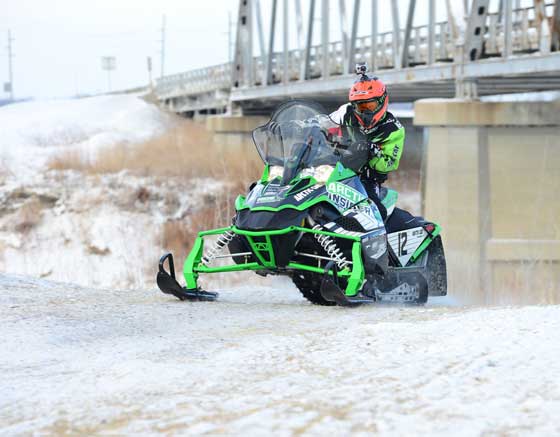 I admit to having mixed feelings about my 11-year-old son racing snowmobiles.

Our decision to compete at the USXC cross-country in Oslo, Minn., last weekend meant a return of those mental gymnastics.

Probably every parent of a kid who races confronts the same questions and concerns that I experienced last weekend:

Is he truly ready to race alone for 25 miles? Are the risks too big? Is it an irresponsible choice to compete?

These questions played through my head as Cal and I drove the six hours to Oslo last Friday.

I tackle such questions having myself raced cross-country many times over the past 20-plus years. I’ve enjoyed the immense pleasure and satisfaction of the many challenges, yet I’ve also suffered injury (severed tendons in my right hand back in 1992) that will affect me for the rest of my life.

My position, if I want to call it that, is that cross-country snowmobile racing is more dangerous than many sports, but that it isn’t too dangerous for my sensibilities.

My saintly wife Kate doesn’t share this sentiment. If the decision to allow Cal to race were entirely hers, he would not be allowed to compete.

Calvin is a smart, measured kid who doesn’t take big risks in any of the various activities he participates. Some kids go wide-open into everything they do, with zero recognition of the dangers. Cal isn’t one of them.

He wanted to race in Oslo and he wasn’t concerned with injury.

As a parent, this gets tricky because our kids don’t draw from the same arsenal of experience to evaluate risk. They’re kids after all, and they mostly just see the rewards. So we evaluate the risks for them and measure their challenges accordingly.

Cal and I arrived in Oslo on Friday early enough to pre-ride the 25 mile course together. While we were preparing to do so, I ran into my old friend Tom Herfindahl, who said that his kids Blair and Marcus (both 12 and under) were out pre-riding the course together.

Knowing that those two are out there somehow eased my mind.

Tom had ridden one lap with them and indicated that the course was rough with jumps. He too shared the trepidation of a parent who doesn’t want his kids to get hurt, yet also wants them to experience the joy, skills and accomplishment that comes with racing.

Cal and I donned the protective gear — chest protector, shin pads and helmet — then hit the course. I let him lead. 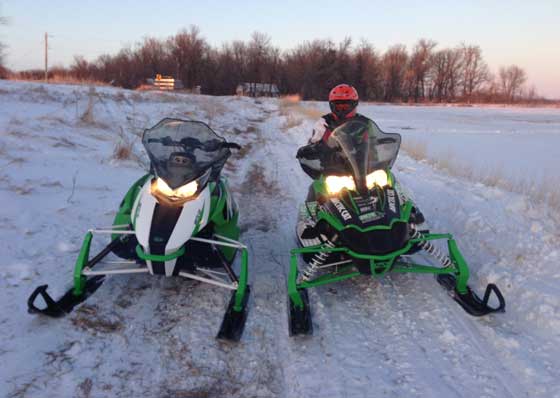 Half way through the lap, I flagged him to stop for a picture. When we stopped, the first words out of him mouth were, “Dad, this is a BLAST!”

We finished the lap with Cal in a state of euphoria that I rarely see. It felt great for both of us.

The next day we arrived early for the drivers’ meeting. Cal’s heat was at 10:30 in the morning, after the Pro Open race. We watched the Pros launch off the first ditch approach leaving town. Cal’s reaction: “Don’t worry Dad; I’m not going to go that fast.”

We went back to the pits, got his gear on and went through a few instructions one last time:

“Go a pace you feel comfortable with.

“Stay out of other racers’ snow dust.

“If you crash, make sure you’re okay and get out of the path of oncoming racers.

“If you need help, stop and flag down a motorist. 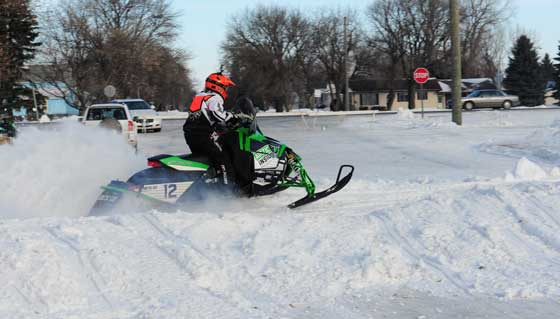 Before I had time to think too much about it, he’d left the starting line and was barreling down the course.

Friend Mike Feil undoubtedly saw the nervousness written on me. With his own son Matt racing at the same moment, Mike offered a profound truth:

“This wait is the toughest part of being a parent,” he said, referring to the 30-40 minutes it would take for the kids to arrive back to the start/finish line.

Mike was right about the wait.

I stood in the pits, my eyes trained on the course as it came back into town. With hopeful expectation I watched every green Arctic Cat motor back towards the finish. And after what seemed like an eternity (it was actually just 35 minutes), Cal finally came into view! 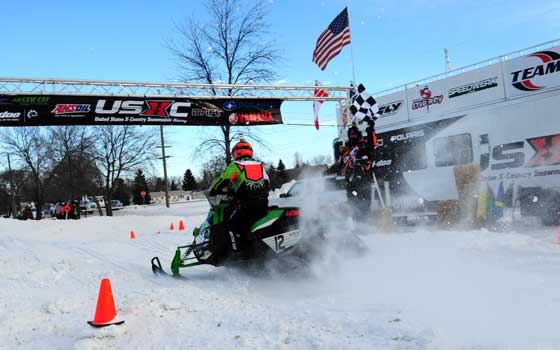 I grabbed a few pix as he negotiated the finish section and then ran after him as he drove back to the truck.

“Dad, I wish I could go out for another lap!” were the first words out of his mouth, followed by:

“That was so much fun! 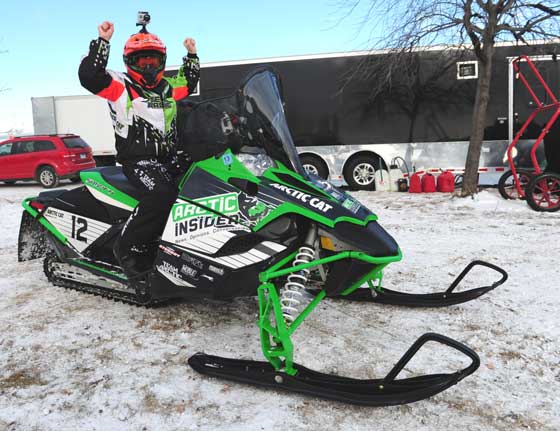 He was absolutely thrilled, animated and proud of himself to a degree that happens once or twice a year. As a parent, I hugged him out of my own joy, pride and relief.

On the six hour drive home that evening, we talked about Cal’s race, the great fun of the Oslo course; watching the pros; which future races he can compete in this season; whether Tucker could beat Zach Herfindahl in a cross-country race; the people we hung out with during the weekend; and about a hundred other things.

I can’t exactly put my finger on it, but in the days since the race there has been a bit more depth in our relationship. That sometimes happens when people experience “big” things together, especially if those experiences expand our own boundaries.

Three days after the race, Cal got together with a girl from his 5th grade class to go snowboarding, marking the first time he’s ever hung out with “one of them.” I truly believe that the confidence it took to make that happen came in part from having raced his snowmobile all by himself for 25 miles in Oslo.

As a parent, I want my kids to be confident, adventurous, hard-working, self-sufficient and challenged as they navigate the racecourse of life. I also want them to recognize risk and to know their own limits.

To gain those traits, I believe they have to confront some dangers and risks along the way.

Racing snowmobiles is one path that will help Cal get there.

I want to thank USXC for the opportunity for kids to race. I also want to thank all the great people who gave Cal high-fives and encouragement that day in Oslo. For any person or parent thinking about racing, I can’t stress enough what a great group of people the whole USXC family of officials and racers truly are. 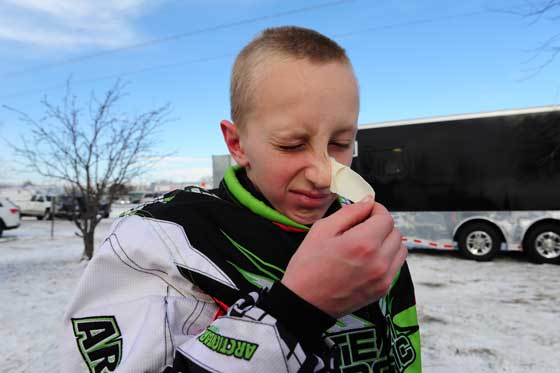