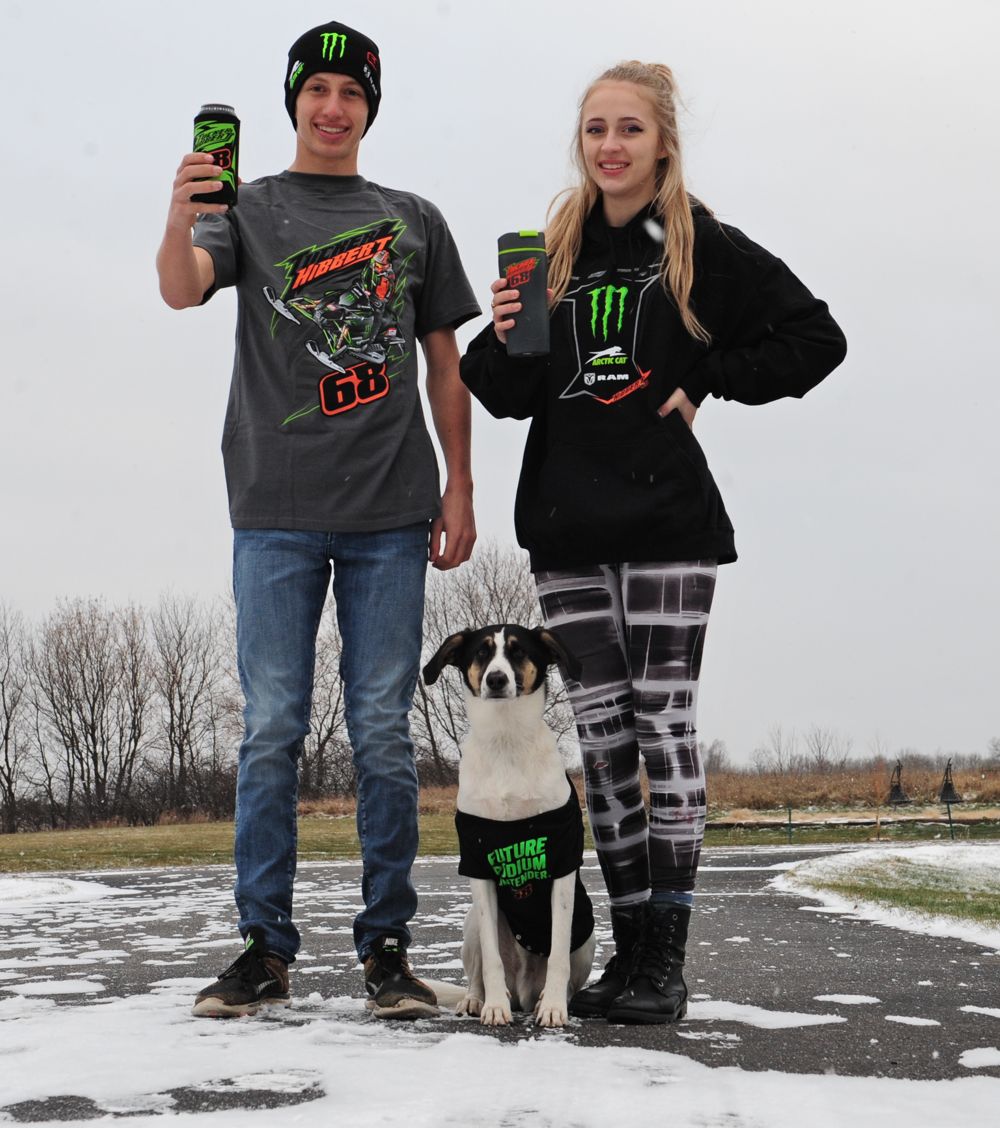 Just in time for the gifting season, Tucker Hibbert just released his 2017 line of merchandise, giving fans (and dogs) a chance to wear and use some sweet gear.

From Hoodies to T-shirts and onesies (that Otis dog LOVES to wear) to hats, beanies, coffee mugs and more, there’s something for every fan.

The Tucker Hibbert online store features same-day shipping to customers in the US, Canada, Denmark, Finland, Iceland, Norway, Sweden and the United Kingdom. Free shipping if offered on domestic orders of $68 or more.

CLICK HERE to hit the Hibbert Online Store. Plus you can get this stuff at Tucker’s merch booth at every stop of this season’s ISOC National Snocross tour.

New for 2017, the T-Train t-shirt features Hibbert’s name, number and sponsor logos. The back of this 100% cotton pre-shrunk charcoal grey t-shirt has a bold, detailed image of him racing. This longtime fan-favorite shirt is available in both adult and youth sizes.

Plus there are hats, beanies, coffee mugs and more.