On Top in Eastern/Canadian Snocross and Western Hillclimbs

It’s the middle of the race season, and Team Arctic snocross and hillclimb racers delivered a 32-win weekend that makes the competition wish winter was over.  Leading the victory lap parade in snocross were Tucker Hibbert and Cody Thomsen, each winning a class at the ISOC Eastern National in Farmington, NY. 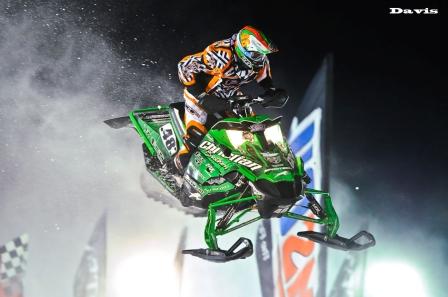 Hibbert’s win in Pro Open marked his 62nd career Pro class win, and overshadowed the troubles that derailed his efforts in Pro Stock, in which he finished fifth. Pro teammates Garth Kaufman, Logan Christian and Dan Ebert found additional speed in Farmington, with Kaufman taking a second in Pro Stock, while Christian and Ebert each notched a fourth place. 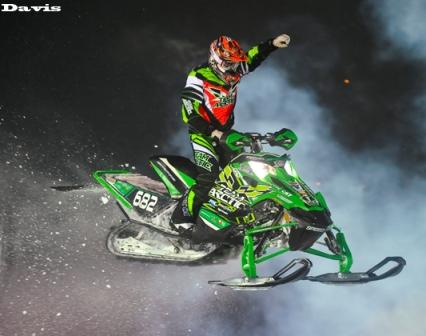 Factory Team Arctic standout Cody Thomsen continued his season-long onslaught of the Semi Pro class, winning one final, taking a second in the other and leaving New York with a commanding points lead.

While Team Arctic snocrossers were winning in Farmington, the hillclimb team set the high mark with 13 wins at the RMSHA season-opener in Bear Lake, Idaho.

It was a familiar family of names who once again proved the superiority of the M Series, as Chance Buckallew, Amy Zollinger, Kyle Tapio and Bryant Ropelato each won multiple events, including Kyle and Bryant’s King titles. They were joined in the winner’s circle by Nels Tapio, Todd Tupper, Taylor Siemers and Casey Morley, giving Arctic Cat the top spot in more than half of the class finals.

At the Soo International 500 enduro in Sault Ste. Marie, Mich., Team Arctic’s Isaac Wolfgang was oh-so-close to notching his first victory, finishing in the runner-up position just five seconds out of first.

“This was one of those weekends where Team Arctic racers won all-over the North American map in all forms of competition,” said Mike Kloety, Race Manager. “While we didn’t win every time we hit the track, notching 32 wins tells the story of our racers, crews and snowmobiles, while highlighting the strength of our program.”