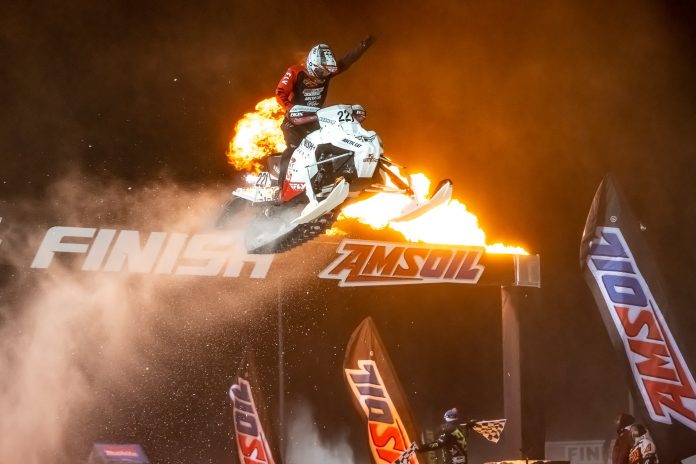 It takes pressure to create diamonds and that’s exactly the type of performance and result Daniel Benham and Jacob Yurk turned in at our hometown national  over the weekend.

Benham’s qualifying effort at round five on Friday, followed by a runaway win in the main event, capped months of testing and grinding to continually make the slightest of gains.

“This is an amazing moment. With a whole new team, we’ve been through a lot so far and already there’s been so many question marks. But the team has never given up and it’s just so rewarding for it to pay off.”

On Saturday night, Jacob Yurk took his turn stepping on the podium with a hard fought third place finish. Backing up Benham’s win in front of our local fans and sponsors such as Kost Materials, was an equally important statement as to where the team stands heading into the midway point of the season.

“We made a bunch of changes for that final. Maybe too many. But luckily we went the right direction and I just hit the light. I knew Harr was right on me, but I couldn’t give that third place up. We’ve been working too hard and are riding closer to what we feel like we should be so I’m grateful for that.”

Not to be overlooked was the standout performance of Pro Lite racer Anson Scheele. Anson was among the top qualifiers both days with heat race finishes of 1-2 on Friday and 3-1 on Saturday.

Scheele was ripping starts all weekend but got caught in an ugly high speed crash as the field merged into the left hand drop away at the start of Friday’s main event.  Anson did rebound to finish fourth in Saturday’s final, just missing his first podium of the season.

Since announcing the All Finish Racing/Arctic Cat team over the summer, there have been many questions and expectations, both from the outside and within. And while we knew getting to the top level of the sport would be a process, we could not be more pleased with the effort the entire team has put in to make this happen so quickly.

Wyatt Ohnstad made his first national start of the season in the Transition 8-10 class with an impressive 4th place finish out of 19 racers.