I made a short trip to Arctic Cat recently, to spend a day with engineers who were testing snowmobiles and to capture a snapshot of what was happening at my favorite place in the world.

On the way to TRF I stopped by the Pelican Rapids Amusement Park, aka Tucker & Mandi Hibbert’s house, where I found the former in a hardcore workout with his vacuum cleaner inside his amazing race shop.

Check out the amazing helmet collection! With just a couple exceptions, Tucker has an example of every helmet that he’s raced with his entire career.

In addition to vacuuming, Hibbert is on the cusp of another season of motocross racing and training. One bike sits poised, waiting to be ridden, while another is ready for assembly. 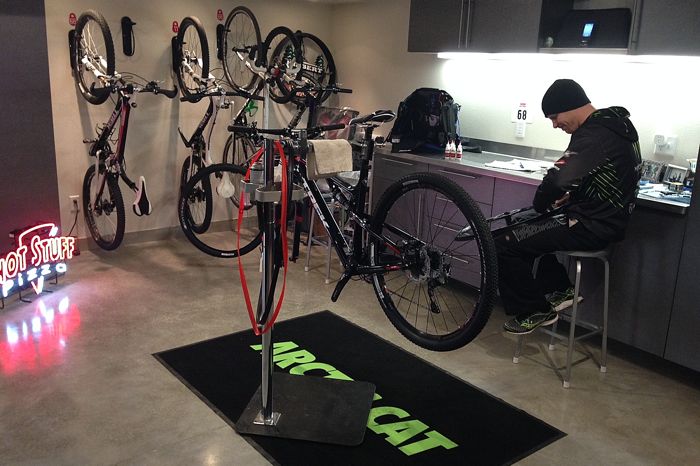 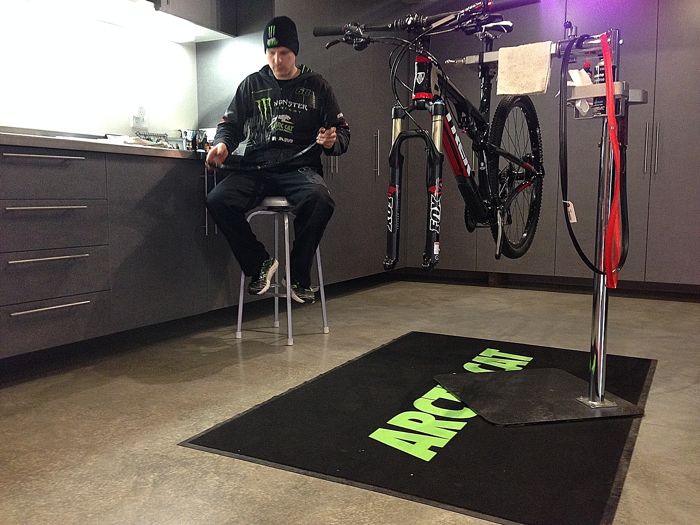 Tucker’s other off-season training/racing program involves mountain bike racing. And with a sweet new Trek Superfly full-suspension in his quiver this season, it was time to prep wheels and other stuff in anticipation of the fast approaching spring. 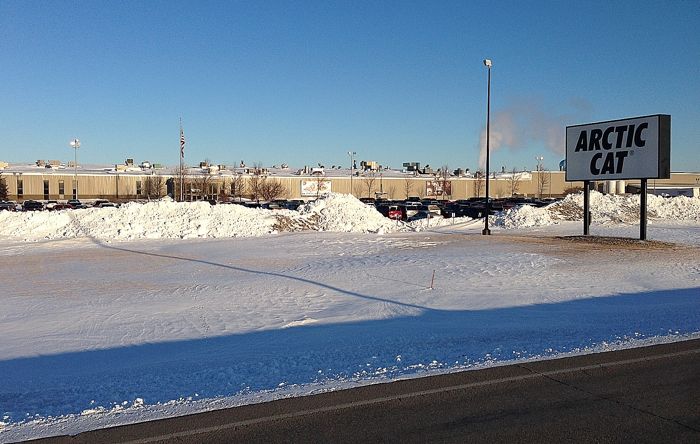 While it was indeed spring-like weather throughout most of Minnesota last week, it was still full-on winter in Thief River Falls, where upwards of 18 inches had fallen a couple days prior to my visit. 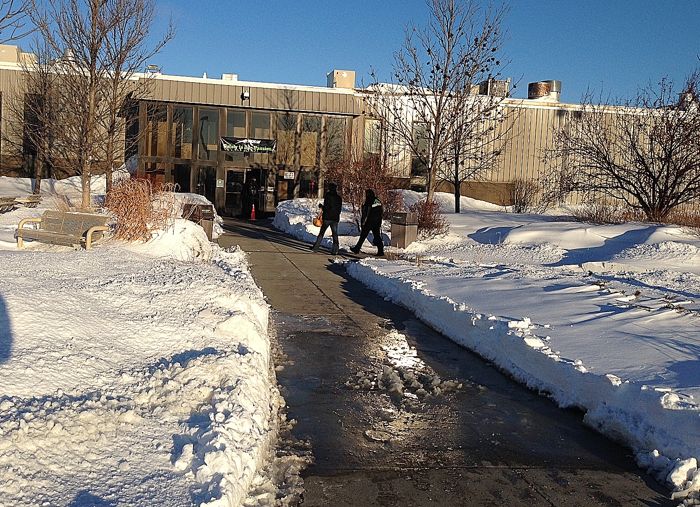 The snow piled high at the Arctic Cat entrance looked as though it was early February, but the light jackets and much warmer temps told the story of a town in transition. 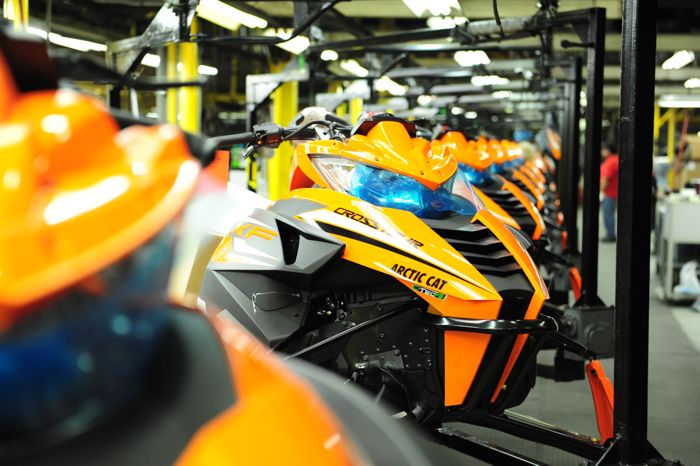 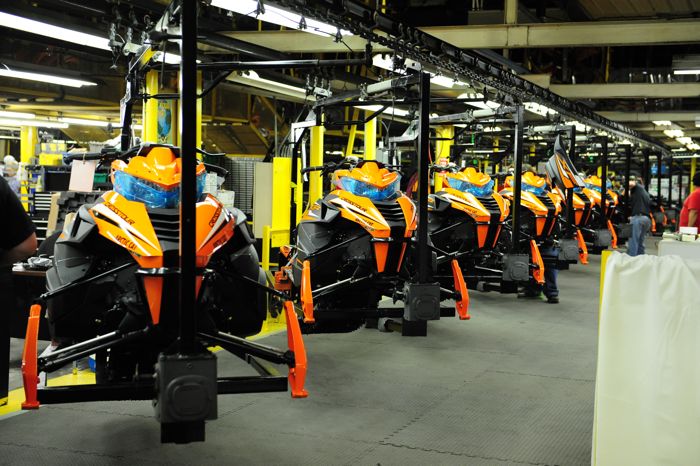 Designing, testing and producing snowmobiles, ATVs and side-by-sides is a year-round process. And although to some it might sound early in the year to be producing 2015 model snowmobiles, it’s actually right on schedule.

There are no photos to share of ATV and side-by-side production, however, as the company was performing maintenance and upgrades to those assembly lines. 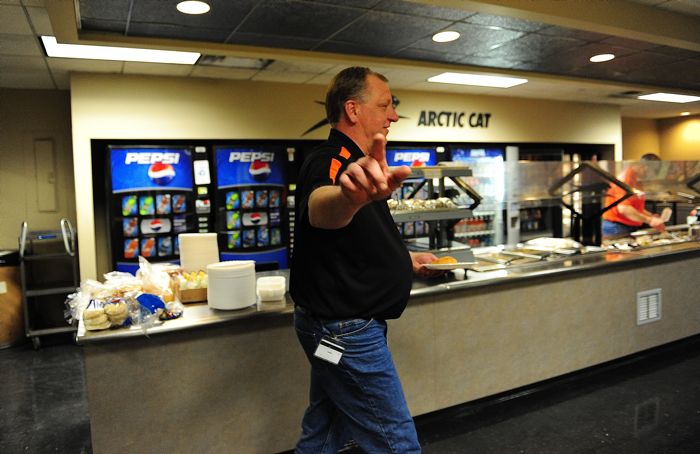 I stopped by the Arctic Cat cafeteria on my way to Engineering, where I saw my good friend Gary Nelson getting his regular morning breakfast. I won’t share the expletive that he uttered at this moment as he warned me to NOT shoot the photo. Sorry, Gary.

After watching Gary make a breakfast sandwhich disappear, I headed over to Snowmobile Engineering, where Mike Larson (left), Troy Halvorson (middle) and Andy Beavis were having a discussion about the new M Series mountain sleds.

I congratulated Andy for his recent win in the Amateur class at the 2014 Jackson World Championship Hillclimb, which is an outstanding achievement by any measure! The fact that he’s a Design Engineer on Arctic Cat mountain sleds makes the situation all the better.

Each of these guys shares a passion for snowmobiling as well as the ability to ride at the highest level.

Next, a trip into the Engine Shop to meet up with Greg Spaulding. 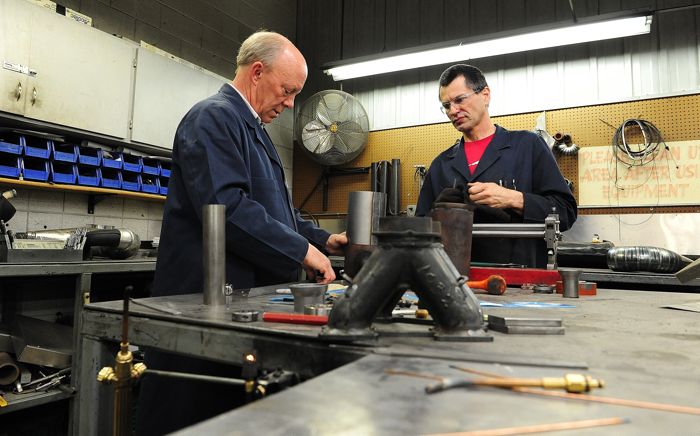 When I found Spaulding (left), he was busy fabricating an exhaust pipe and muffler with master fabricator Steve “Abe” Broten (right).

For the next half hour I experienced the great pleasure of watching these guys fabricate an exhaust system. 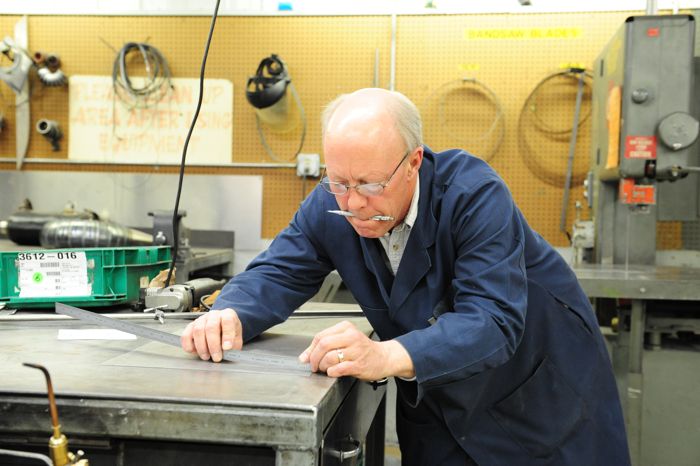 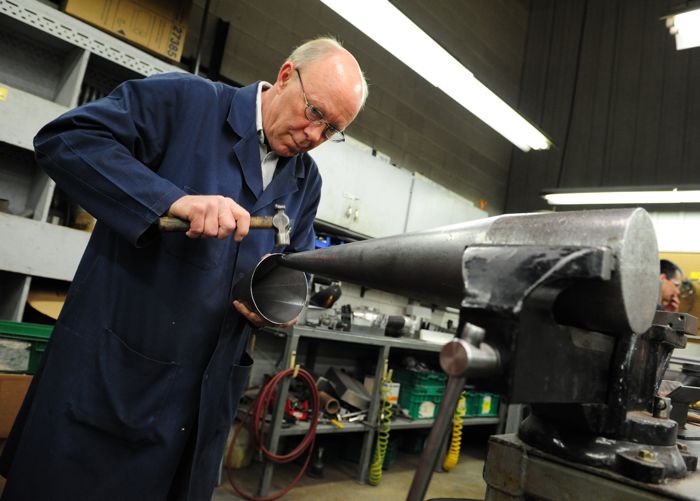 …followed by shaping and bending (using the same cone form from back in the Arctic Enterprises days!)… 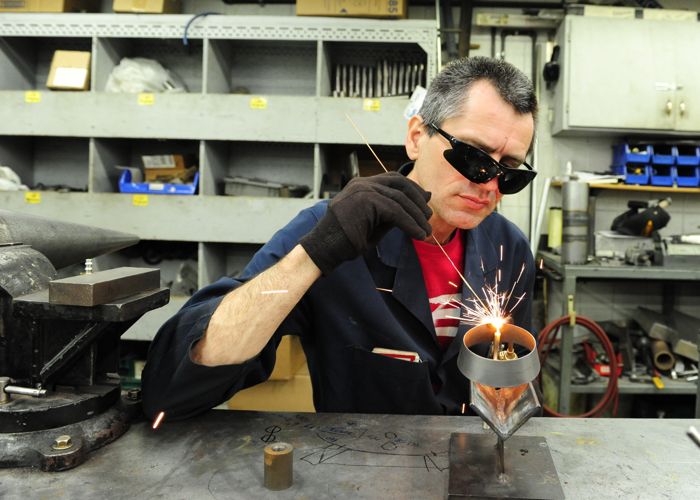 It was an unexpected show that left me in awe and making promises to myself to spend more time in the shop and less time at my computer. 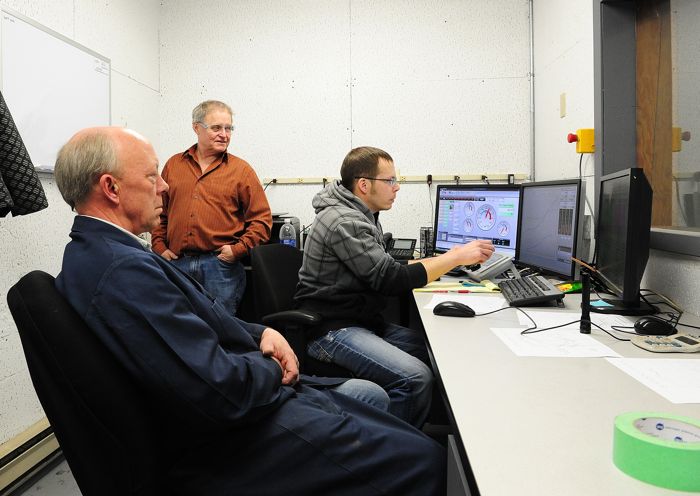 Moments after building the exhaust, it was on an engine and being tested on a dyno by operator Chris Russell (right) as Spaulding and Engine Design Manager Donn Eide watched. 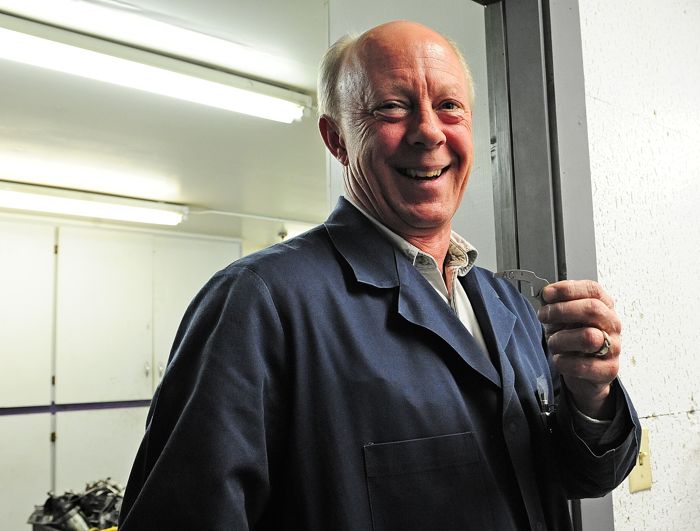 After the successful test we shared a laugh as Spaulding pulled from his shop coat pocket a clutch weight that was from one of Brian Sturgeon’s Team Arctic oval race sleds! 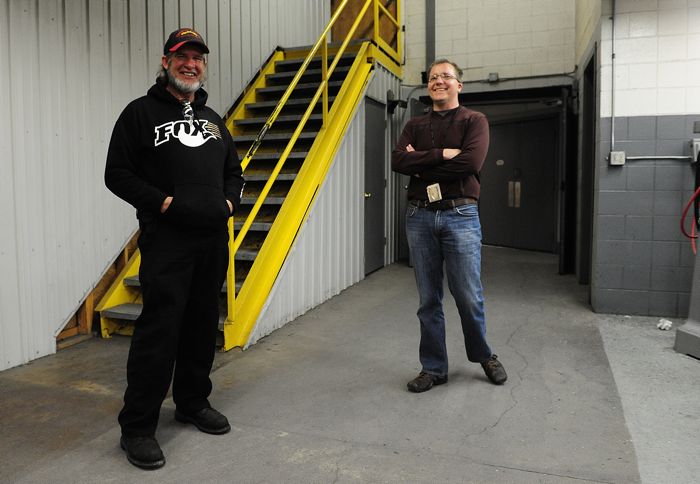 We were talking about the unmatched joy of racing the I-500 (which Esala recently experienced for the first time). The laughter broke out when discussing the excruciating soreness that descends into your body after that event! But we finished the conversation by noting that, once you’ve raced it, you ALWAYS want to keep racing it (which was duly noted by the fact that Esala is keeping his race sled for next year’s event)!

And with that it was time to head home, ending another great trip.