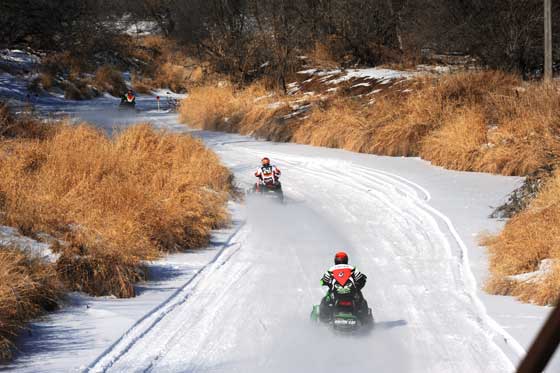 Arctic Cat is pleased to announce its sponsorship of the recently-formed United States X-Country (USXC), a premier cross-country snowmobile racing circuit that will provide a series of terrain races in the Midwest during the 2012-2013 season.

USXC owner Brian Nelson formed the cross-country race organization after decades as a competitor, including twice winning the I-500.

The USXC series will consist of six to eight events, including a premier three-day, 500-mile cross-country race held in Northwestern Minnesota.

Team Arctic Race Manager, Mike Kloety said, “We are looking forward to running the USXC events this winter. Brian Nelson has an undeniable passion for cross-country racing and we know he will work tirelessly to grow this segment of snowmobile racing.”