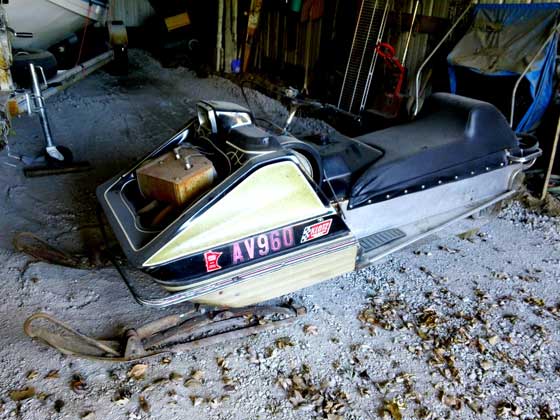 Just when I start to think that all the great, historic Arctic Cat snowmobiles have already been found, I catch word of another under-your-nose find.

The most recent example comes from Arctic Cat collector Tom Ische, who wrote the following:

About 2 weeks ago a friend of mine gave me a pointer that there might be a King Kat in the Hutchison, Minn., area, which is literally a stone’s throw from where I live in Glencoe.

I first heard rumors of this mystery King Kat two years ago from someone else. Sometimes such rumors are exactly that…rumors. But other times they prove true, so I’ve learned to always try to follow up on the information

I started by making phone calls and getting a few leads, which led me to a name and a phone number. I called him and sure enough he had a King Kat!

The gentleman invited me over and there it was: a 793 King Kat sitting in his shed. 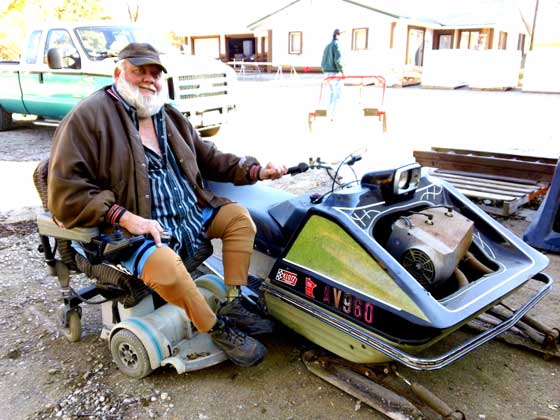 His name is Wayne “Chops” Wrucke, and he’s sitting next to the sled in the one photo. He used to own an Arctic Cat dealership near Amboy, Minn., in the early 1970s.

During the winter of 1970-71 this King Kat was raced out of Arctic Midwest in southern Minnesota. The following winter Wayne purchased it and raced it for a season, then swapped the 793 engine with a 650 Hirth fan-cooled motor. He also installed a headlight and proceeded to trail ride the Kat for a few years before parking it.

This sled was only 12 miles from my house! 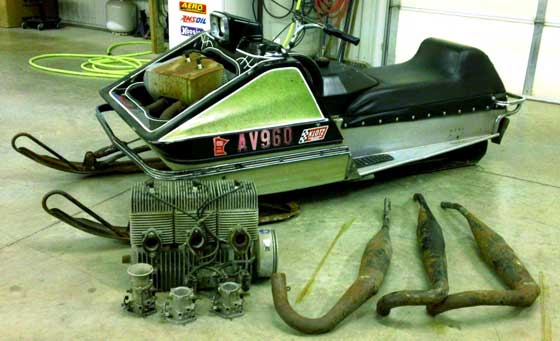 Wayne is happy his King Kat is going to a good home, one that isn’t too far to come over and look at. I will restore it back to its glory days.

This goes to show you that such classic machines and memorabilia are still sitting out there in barns and sheds, waiting for a phone call or knock on the door.

The lesson I get from this story is that rumors are worth pursuing, and that such finds are the result of doing your homework and making the effort.