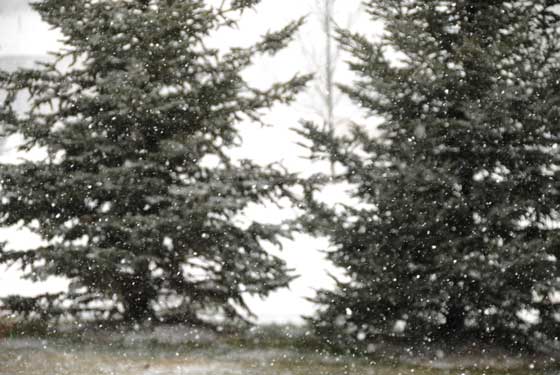 Well, the weather forecasters got it right: Snow fell throughout central Minnesota for much of the day this past Saturday. With a reasonably strong N/NE wind, it wasn’t one of those peaceful snowfalls, rather, it blew at a 45-degree angle. 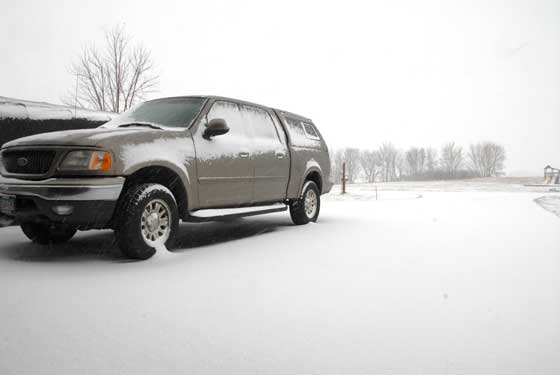 Venturing outside around 1pm, the driveway was covered and the truck wore a glaze of ice coated by fresh white.

For a bunch of reasons, I love to drive around when it’s snowing. For starters, I simply want to be outside when it’s snowing. But I also enjoy desolate roads when most people are bundled up inside, afraid of the dire warnings they’ve heard television and radio. Seriously, I drove my truck around for nearly an hour, plus rode my bike on roads for another 45 minutes, and only saw one auto. Were this a day without fresh-fallen snow, I would have seen 50. 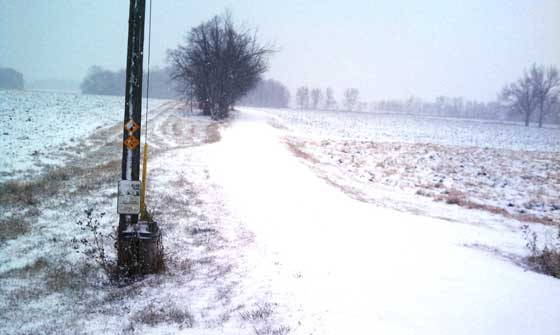 Whenever I go for a snow drive, I hit a few spots where the local snowmobile trails intersect, just to see what they look like. 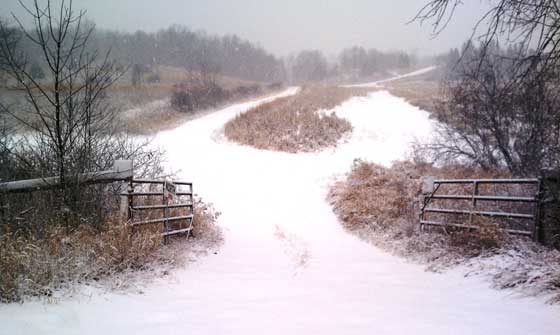 The grey sky and white trail spark memories of previous rides. This spot reminds me of a ride early last winter. Our neighbor hosted their annual Christmas party the second weekend of December. It’s a fancy-dress deal, and last year it snowed like crazy that day. Most of the guests never made it there. My wife and I snowmobiled to the party. We had so much fun on that ride that we busted out of the party early and went snowmobiling on the roads and ditches for nearly two hours.

I love how storms can change our best-laid plans and when I take advantage of those detours to have some fun. 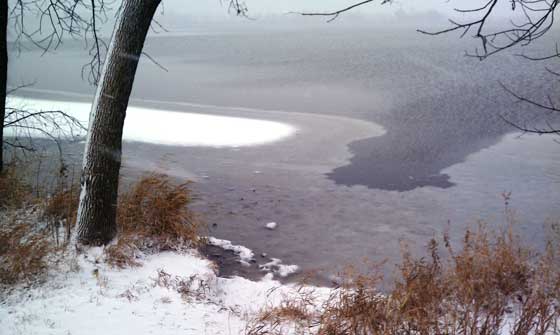 One of the local lakes showing that it won’t be too many more weeks until there’s decent ice. 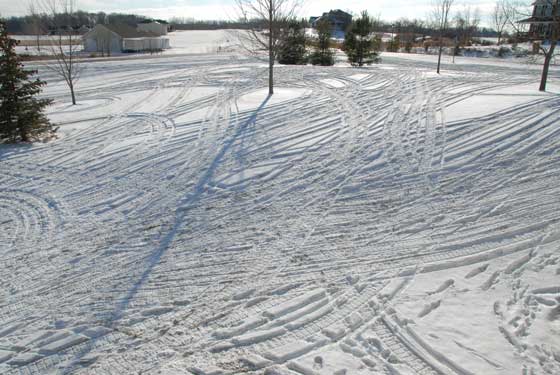 Sunday morning the sun was shining the yard in need of some tracks. So my son Cal and I broke out the SnoSports and vintage sleds. 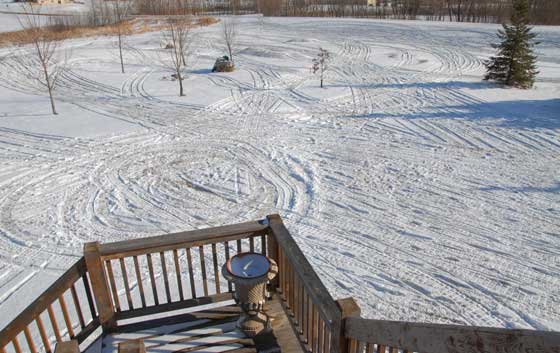 After an hour of chasing each other around the yard, we’d had our fill for the day.

Afterwards, as we stood on the deck overlooking the evidence of our play, Cal spoke plain truth: “This is what a yard is supposed to look like.”

I agreed wholeheartedly. His words of wisdom sparked a story idea that I’m going to write soon, about the allure of seeing snowmobile tracks (on yards, ditches, lakes, trails, mountains and anywhere else).

We laid down our first tracks of the season. And we’re looking forward to many more.