Bittersweet Start to 2013 for Team Arctic 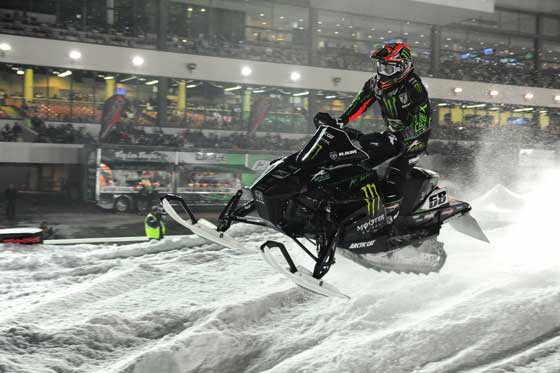 BITTERSWEET START TO 2013 FOR TEAM ARCTIC

Domination in Cross-Country and Snocross Tempered by Injured Racers

The first weekend of competition in 2013 proved bittersweet for Team Arctic as the domination in USXC cross-country and ISOC snocross was tempered by injuries to several Team Green racers.

Starting with the good news, Team Arctic racers won 16 of 20 finals at the USXC event in Detroit Lakes, Minn., including a sweep of the Pro classes by Arctic Cat/Christian Bros. Racing’s Brian Dick. Just as impressive was the Semi Pro class sweep by veteran racer Jon Arneson, who at the spry age of 47 is still getting faster. In all there were eight Team Arctic sweeps of the podium at Detroit Lakes.

Yet in the midst of celebrating such powerful performances the team was suffering from the pain of injury experienced by several notable riders: Team Arctic oval star P.J. Wanderscheid broke his ankle at the TLR Cup opener in Amherst, Wis. Fortunately P.J. will be patched-up enough to go for a record fifth win at the upcoming Eagle River World’s Championship.

Less fortunate were Team Arctic’s D.J. Ekre, Cody Thomsen and Iah Buchman. Ekre suffered a broken pelvis bone at Detroit Lakes; Thomsen broke a bone in his wrist while running second to Tucker Hibbert in a heat race at Shakopee; And Buchman broke a foot while competing in Jr. 16-17 at Canterbury.

“We had a very successful weekend results-wise,” said Mike Kloety, Team Arctic Race Manager. “We continued our domination of cross-country and we showed continued strength in snocross, which everyone is proud of. But we’re also bitterly disappointed about the injuries to our racers. Injuries can be terribly difficult to deal with and, knowing the efforts put forth by the racers and their crews, these situations are as frustrating as they are unfortunate. Everyone at Arctic Cat is hoping for full recoveries for our injured team.” 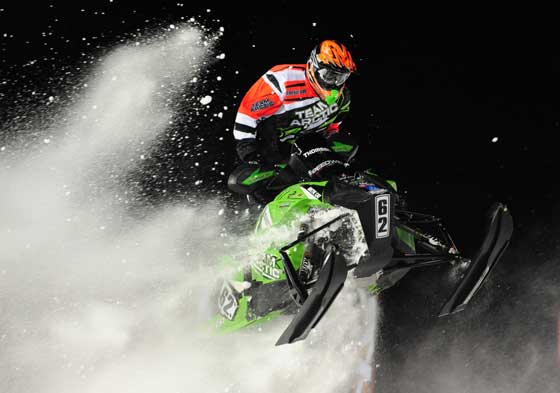 Factory Team Arctic pilot Cody Thomsen turned in strong qualifying heats at Canterbury, but suffered a wrist injury that will keep him out for much/all of the season. 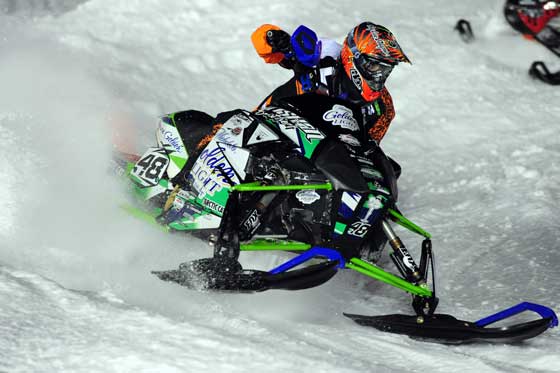 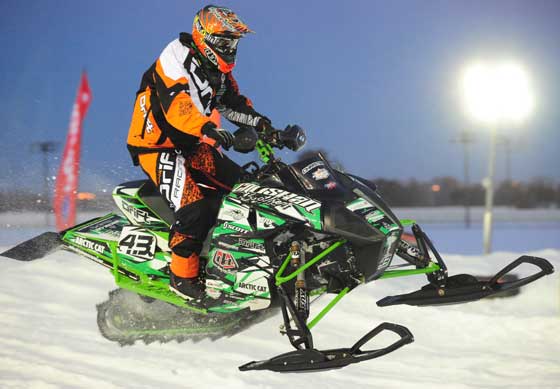 Logan Christian was on fire in the heat races and LCQ (he was in there because of a blown-belt in a heat race) at Canterbury. Once he finds that speed in the final, it will be podium-time. 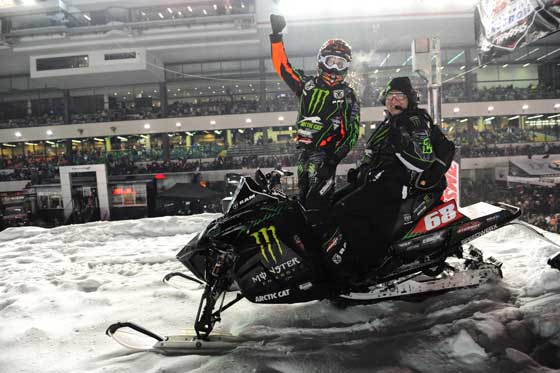 Well, Tucker Hibbert has definitely returned to his dominant position atop the Pro class, absolutely killing-it in both finals at Canterbury. Lots of smiles for his dad, crew chief and passenger, Kirk Hibbert.