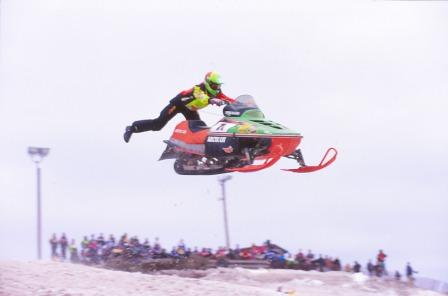 I have GREAT memories of when Blair Morgan burst onto the snocross scene. In a sport littered with goofball nicknames, the monicker “Superman” was an accurate standout that truly fit the man.

I snapped the above photo at the 1997 Duluth Spirit National. It occured during a brief lull in the morning practice session. There was already a buzz flowing through the venue about the kid from Prince Albert, Sask., who was whipping around the track standing up, rather than sitting down as had been the accepted style of the time.

A handful people had seen Blair the previous March at the West Yellowstone snocross, and they were predicting big things from the motocrosser. But I don’t believe that anyone fully understood how big Blair would quickly become.

When Blair nailed the superman move during the practice session, it literally stunned the crowd who was lucky enough to witness the event. Again, in hindsight it’s easy to see the historical significance, and I’d say that day (and this jump/announcement) was a watershed moment in snowmobile racing. 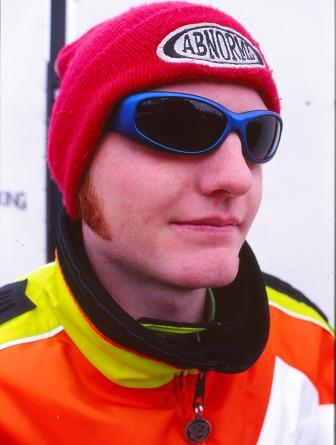 Throughout the weekend the unknown upstart schooled the established names with a fluid, double-jump-over-everything style. He was so graceful and…diferent… that it seemed as if we all had to recalibrate our minds about what was actually happening on the track. 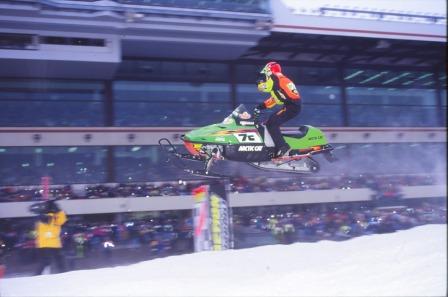 Up to that point, there was very little trick or style maneuvers in snocross. When Blair started whipping off supermans and giant whips, it opened a door to a new level of excitement (kind of like when Jeremy McGrath started doing nac-nacs in supercross).

(Funny sidenote: after many racers began pulling jumps at the finish line, Blair quit with the antics.)

While the tricks were cool, it was Blair’s absolute grace and skill on the track that made him so fantastic in competition.

While there were a few races that others would fairly beat him (I’m thinking Brad Pake taking a class at Duluth and Canterbury), Blair was clearly on a different level than anyone else that first season and the next.

Writing the post about Chris Vincent last week reminded me of the classic duels between him and Blair. Chris took a couple of the battles, but Blair dominated in winning the war.

I remember the first ESPN X Games snocross, in Crested Butte, Colo., in 1998, watching Vincent and Morgan on the starting line during the heats. In staging, Vincent was jumping on his running boards, rocking from side to side, swinging his arms and all but replicating an aerobics routine.

In contrast, Blair was calm, deliberate and so relaxed that it appeared as if he were on the verge of taking a nap.

Vincent was trying hard NOT to pay attention to Morgan, but he couldn’t help himself. And the more he watched Blair out of the corner of his eyes, the more animated he became. It’s safe to say that Blair had gotten “inside of Vincent’s head.” 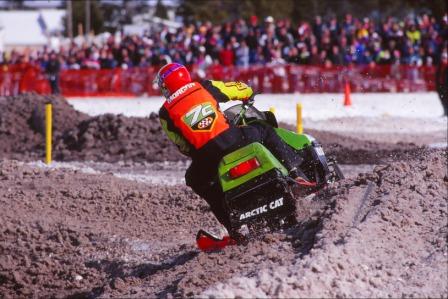 Actually, Blair had gotten inside of pretty much everyones’ head. And for the next few years he would dominate snocross. It wasn’t until Tucker Hibbert came along that Blair would be matched by someone of equal talent. And in many ways, that’s when the fun REALLY began.

But that first full-season that he raced, it was all-Blair, all the time. And it was really enjoyable for Cat fans. 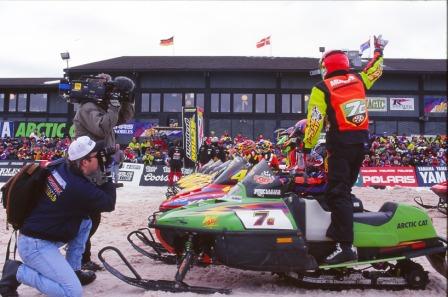