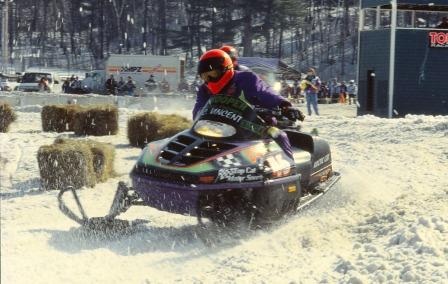 Before he switched to Yamaha, then Ski-Doo, and before transforming into the bad-boy of snocross, Chris Vincent was a young phenom on Team Arctic.

He’d made a name for himself on the Rock Maple circuit (where he’s shown above in 1995), winning most of the Pro classes there for a year or two. Then he set his sights on the national-level races. 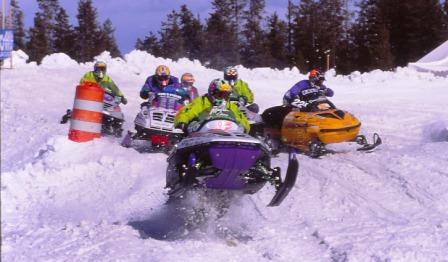 I remember him vividly at the West Yellowstone snocross in March, 1996. He raced super-aggresively and, though he didn’t win, he seemed the stand-out of the weekend. In one race – an LCQ if I remember correctly – he crashed early on and was a good half-lap behind the leaders before getting going. It was an impossible distance to make up.

But nobody told Vincent that. With the throttle pinned forward and thoughts of self-preservation cast aside, he charged and began gobbling up ground faster than I could have imagined. The entire crowd was on its feet with the hopeful drama unfolding before their eyes.

Literally going for broke, Vincent got to within a few feet of grabbing the final qualifying spot, and almost collapsed after the finish line jump. He didn’t qualify, but he won the hearts of everyone there to see his gutsy attempt. 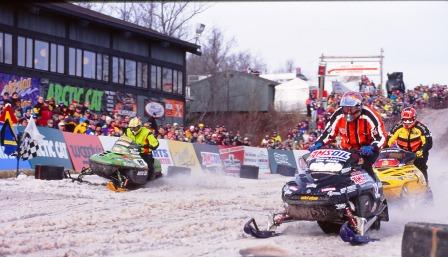 Vincent switched to Yamaha for a couple years, then he moved to the Amsoil/Ski-Doo team.

His battles with Team Arctic’s Blair Morgan were legendary. Vincent was brash, aggressive and (in my opinion), clearly overmatched by Blair. But Vincent raced on emotion, which would thrust him beyond his abilities and occasionally put him on par with Blair. Even better for the fans, Vincent wore the badge of “bad guy” well and, when the two crossed paths, fireworks would erupt.

There would be some goofiness from Chris over the years. I recall several instances of talking to the camera in third-person that was good entertainment. 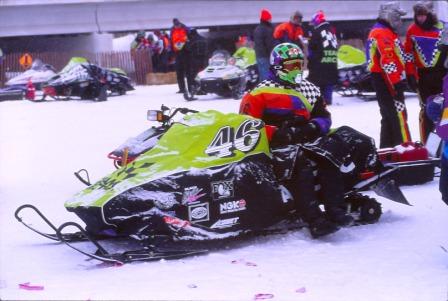 But I still distinctly remember his early days on a Cat, and the electrifying intensity he brought to the races those first years. Good times.

I don’t know what Vincent is doing these days. Do you?