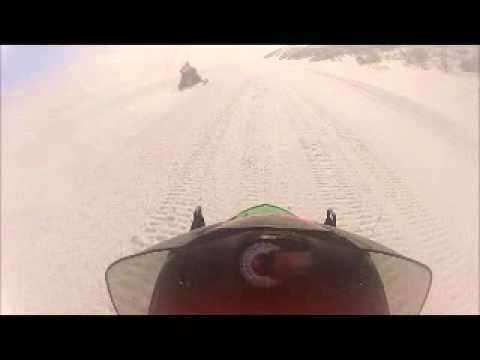 Check out this awesome video of Team Arctic’s Carrie Goodwin at the 2012 Kotzebue (Alaska) cross-country race.

From high-speed lake and trail to a fuel stop (with a near-miss), great passing and an airplane escort, this video captures much of what is great about cross-country via the helmet cam of the overall-winning woman.

Special thanks to Will Longley, who sent the video and offered this additional info:

“It was filmed in April 2012 during the 120-Mile Womens “Gunner 120” cross-country race in Kotzebue. The race starts in Kotzebue, runs 60 miles to Noorvik and returns 60 miles back to Kotzebue.