They were in two different locations on two very different stages, but the results were the same: Christian Brothers Racing riders were on the podium. On the world stage that is the Winter X Games in Aspen, Colorado, Cory Davis flew the CBR colors claiming silver in the Long Jump competition. Logan Christian and Dave Joanis were also at the X Games fighting for a gold medal in X Games snocross. About 1200 miles away in the ditches, rivers and fields of rural Northwestern Minnesota where Arctic Cat snowmobiles were born, Zach Herfindahl claimed a Pro Stock win at the USXC Oslo 100 cross-country race.

Cory Davis – Entered in Freestyle and Long Jump, Cory Davis went big in Long Jump, taking home the silver medal. In long jump riders hit a modified freestyle ramp from a set distance attempting to outfly one another and score the longest distance from each run-in mark. In each round the rider with the shortest distance is eliminated. Davis was one of the final two riders, taking the silver behind a rider who holds the World Record for snowmobile distance jumping. 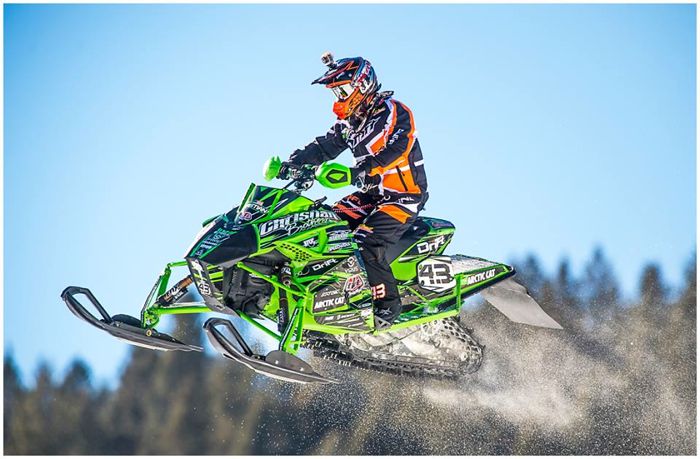 Logan Christian – After running the 4th fastest lap of the day in seeding, Christian transfered to the Winter X Games snocross final with a second place finish in his heat. The DRIFT Racing/Arctic Cat rider lined up for the main and came out mid-pack off the start, then found himself tangled mid air with another rider just a few seconds into the race. He avoided being run over by oncoming racers and quickly re-mounted the sled, but it was too badly damaged for him to complete the race pace. 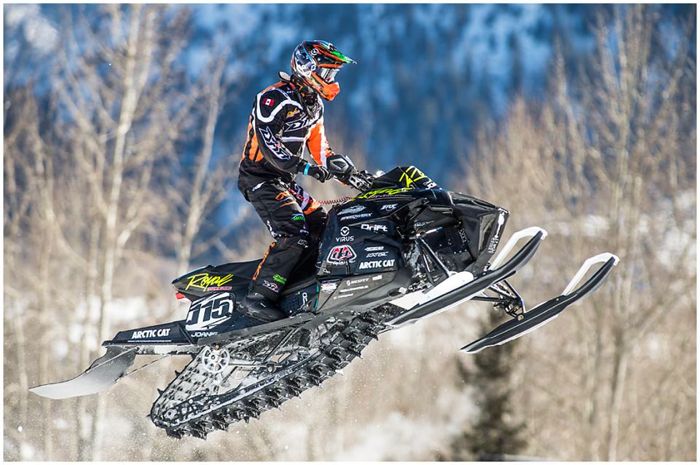 Dave Joanis – After a transfer to the main through the LCQ, Royal Distributing/Arctic Cat rider Dave Joanis rode a solid race finishing in 10th place. It was Joanis’ first time competing in the Winter X Games snocross event. 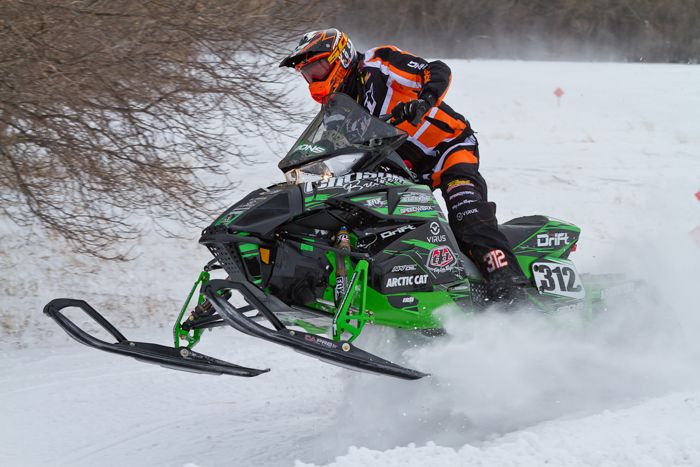 Zach Herfindahl – After losing an engine in the 50-mile Pro Open race, the CBR crew discovered a punctured engine cooler on his snowmobile, likely from a rock that got thrown into the tunnel by the snowmobile’s track.  Herfindahl is the current Pro Stock points leader so teammate Ryan Simons, who isn’t vying for points this season, donated his sled to Zach’s cause and he used to to win the 100-mile Pro Stock race by over 2-minutes. 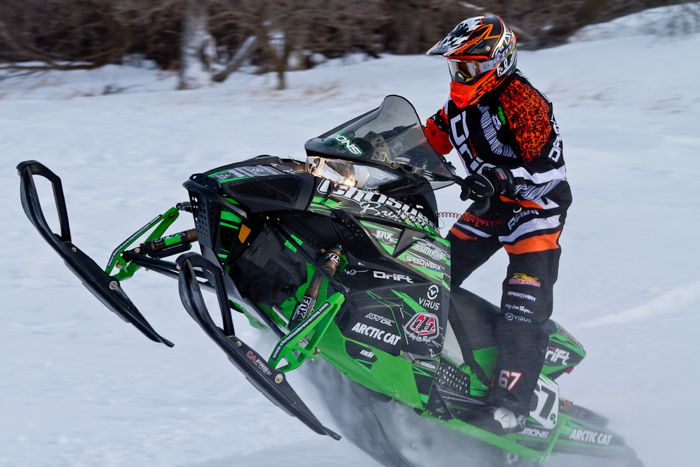 D.J. Ekre – A serious crash at last year’s Detroit Lakes race resulted in a broken pelvis and a ruined season for D.J. Ekre. One of the fastest cross-country riders in the world, Ekre was on hand to race the Oslo event but a bad crash in Pro Open tweaked his shoulder and ended his day. 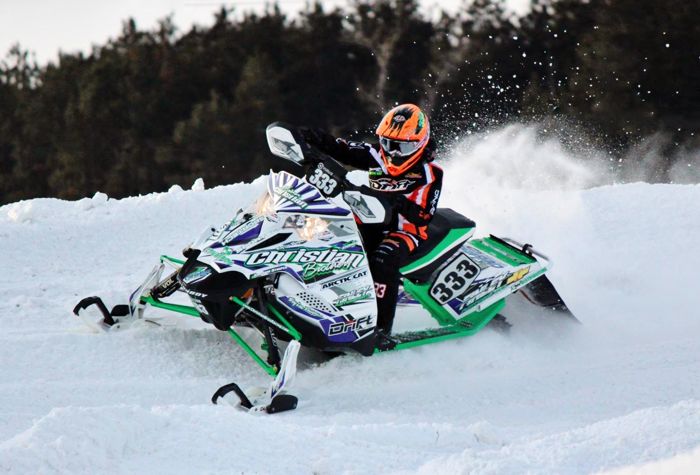 Cory Davis: “I’m so stoked on winning Silver in the Long Jump. In the end I was just inches away from beating the world record distance jump holder – I’m pretty happy about that.”

Logan Christian:  “I took second in my first heat and felt great. The altitude here is part of the battle and they don’t give you much time to rest between races but I was feeling really good headed into the final. I had a good start but then got tangled up with another rider on the uphill rhythm section and got pitched. I came off the sled and I feel pretty lucky to walk away because there were a lot of sleds behind me. I have to thank our mechanics, Betsy Haldorson, Ethan Hanson and Mike Carver – they worked really hard to get us up front.”

Dave Joanis: “This was my second time racing the Winter X Games snocross. After the practice I felt good but in the first heat I got mixed up with some other riders and ended up having to transfer through the LCQ. I didn’t get a good start and it’s tough to make up ground on that track, but this is the super bowl of snocross and considering that, 10th place is a solid finish.”

Zach Herfindahl: “I had a rock puncture my heat exchanger so Ryan let me borrow his sled for Pro Stock which was really awesome of him. I rode smooth and fast and never made a mistake. I went faster as the race went on and just had a blast – so fun to get on some real terrain after all the ice racing we’ve been doing.”