It was a stellar weekend for Team Arctic at the ISOC Spirit National in Duluth, Minn. Wins in both Pro classes and in two Semi Pro classes are a nice way to start the season. 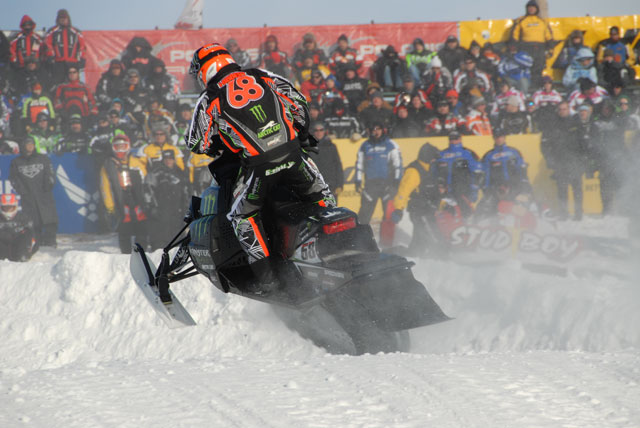 Some guy with a huge M on his sled and clothing won every Pro heat and final again for the second year in a row. This was a familiar view for his competition. 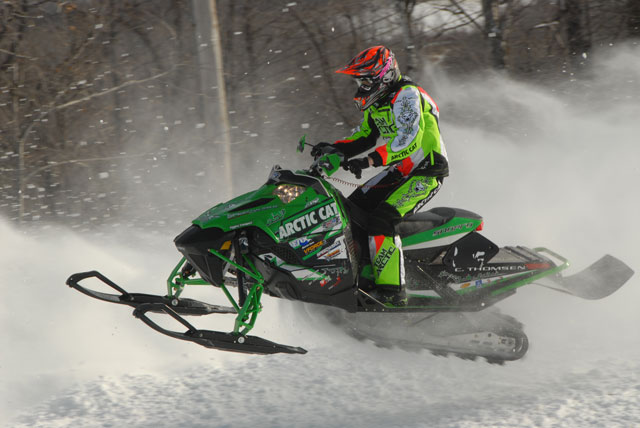 Soft spoken off the track, Cody Thomsen announced his arrival in the Semi Pro class loudly and VERY clearly with a win in Open and Stock finals. Pretty amazing! 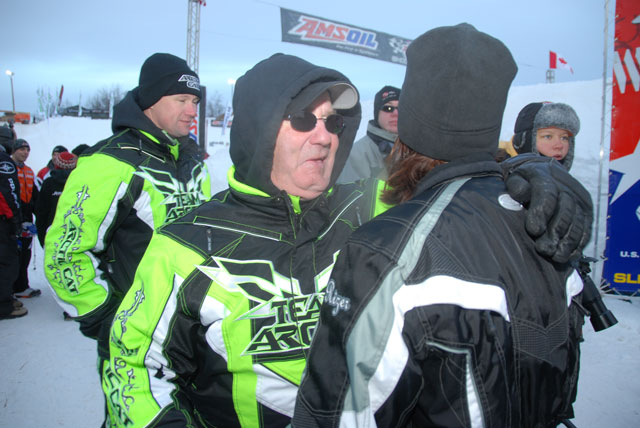 When Roger Skime is smiling all weekend long, you KNOW it’s been a good weekend for Arctic Cat. Here he is hugging the person who has studded more race- and championship-winning Arctic Cat snowmobiles than anyone… Teresa Hibbert. 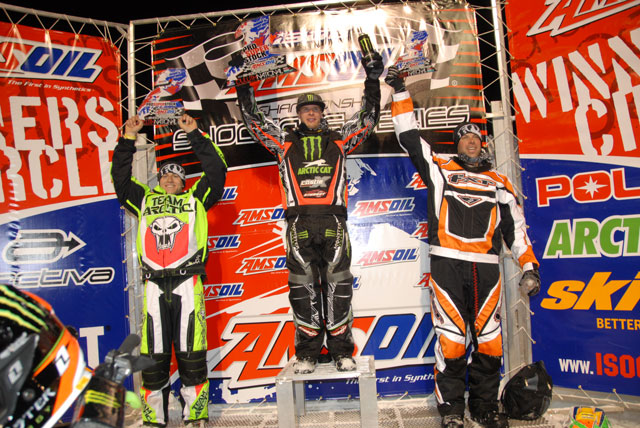 While “domination” is the most over-used word in flashy marketing messages about racing, sweeping the Pro Stock final (victory podium shown here L-R: Dan Ebert, Tucker Hibbert and Garth Kaufman) and going 1-2 in Semi Pro Stock probably gives Arctic Cat license to use the word on this ocassion.