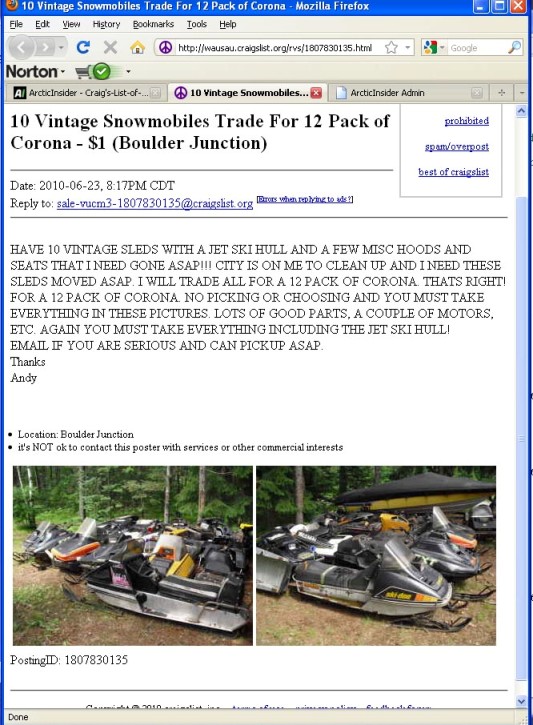 Seems like a pretty good deal to me, unless he’s also requiring lime slices to go with the Corona.

Either way, I’ll bet he’ll even share one of the Coronas with the buyer, but probably after the sleds are loaded.