A few years ago, I had a pimped out Wildcat Trail my son and I put a few thousand miles on cruising backroads in Minnesota. I reluctantly sold it, and ever since, wanted a replacement for the same purpose. Enter the Wildcat XX, is it overkill for my needs? Sure is, but its damn cool. 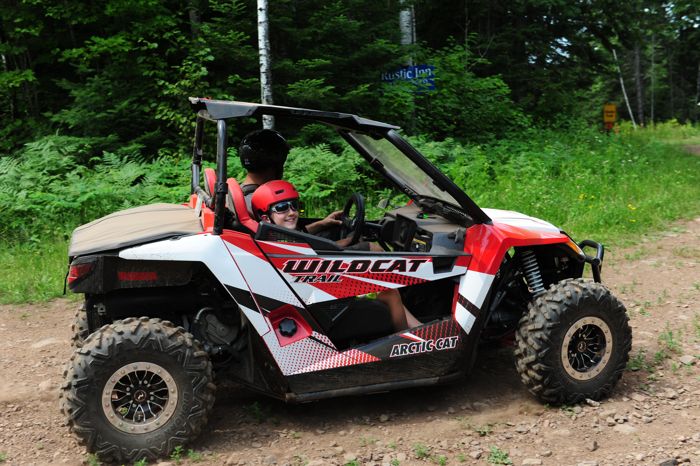 I’ve mentioned before, Wildcat XX models are hard to come by right now due to the COVID sales surge. I was lucky enough to get one through Thomas Sno Sports, and got a little luckier as the Green Tag Sales event extended through July and I was able to take advantage. 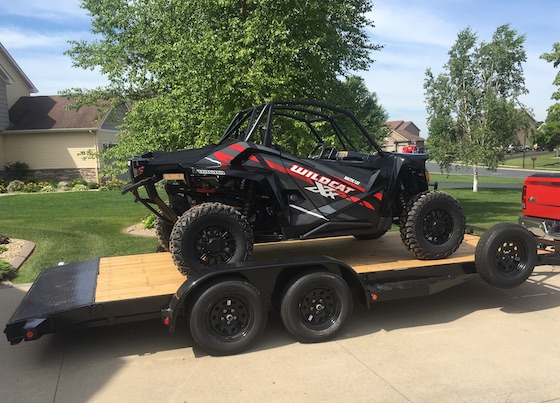 This past weekend, my son and I traversed 109 miles of backroad in this black beauty and here are some quick, initial impressions in three areas. 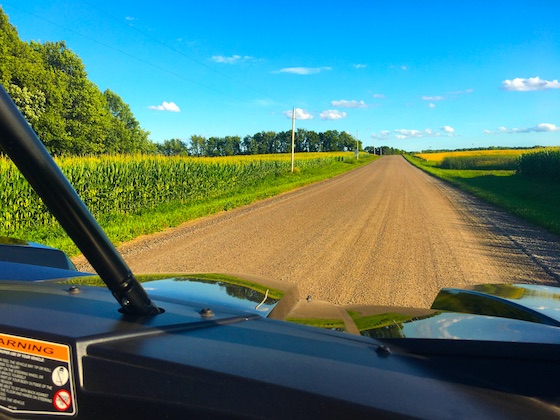 The styling on the XX has always captured my imagination much like the trophy trucks I admire in the Southwest. Upon walking up to it, the stance and physical presence are made known with high clearance fenders, 18-inches of suspension travel and large FOX Podium shocks. You then notice one of my fav features – 15-inch KMC wheels wrapped in 30-inch CST Behemoth tires. Adding to the XX’s race-inspired looks, I’m an admirer of the ROPS styling with its low profile rake. I think ROPS styling can make or break a UTV from a design perspective, which is probably one reason aftermarket companies sell so many replacement “cages”. For me though, the Wildcat XX nailed it out of the gates for looks and functionality. 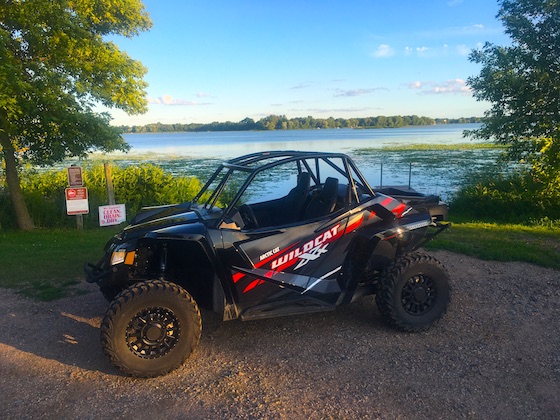 When it comes to UTV interiors, the only real expectation I have is being able to shoehorn my sasquatch-sized body into the cockpit. Arctic Cat claims to have the “Largest In-Class Cab”…I don’t know if that’s true, but I do know fitting my 6’4” frame in the drivers seat is no problem. Hooray for big guys! 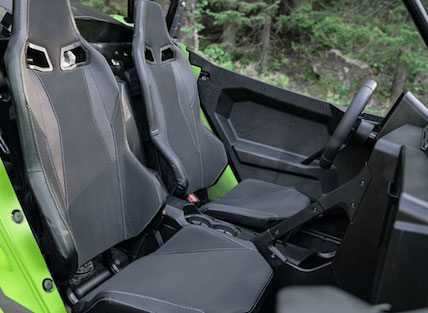 Cudos for the automotive-style manual seat sliding adjuster. Something that was missing (IMO) on other Wildcat models like the Trail I had. It’s important to note the slider is only on the drivers side seat, but the passenger side seat is located in the furthest rear position and when in use, my knees didn’t interfere with the large glovebox.

One of the cooler things about the Wildcat XX is firing up the engine. When the triple-cylinder 998cc engine cracks off, the mean, loping sound is quite satisfying to the ear. And the 130-hp is nothing to wince an eye at. A mash of the gas gets the front end light, and easily lays some rubber. (I only did it once. I swear.) As cool as the sound is, there are times I wish the engine and drivetrain noise were quieter – like driving through my neighborhood at slow speed (15mph). Once out on the backroads, the engine seems really happy around 6,000RPM. 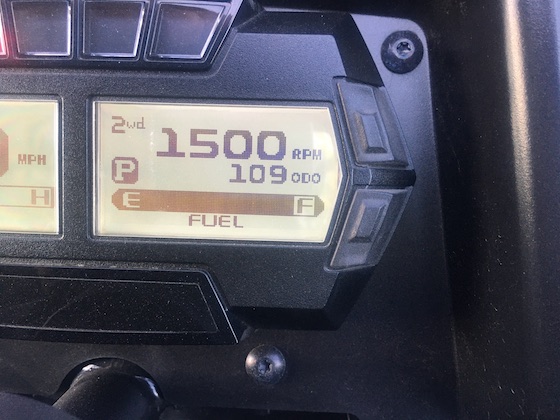 Clutching is definitely responsive upon take off, but the engine braking takes a bit getting used to at slow speeds – when letting off the gas approaching a stop sign, the XX slows you down quick, and your first time experiencing it can leave you with a bit of a herky-jerky experience. (Easy to overcome)

WHAT I WANT TO ADD 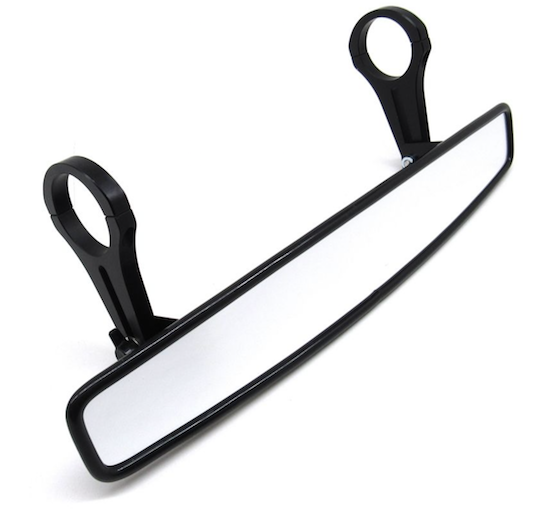 This one I call: Mostly Rocks and Cow 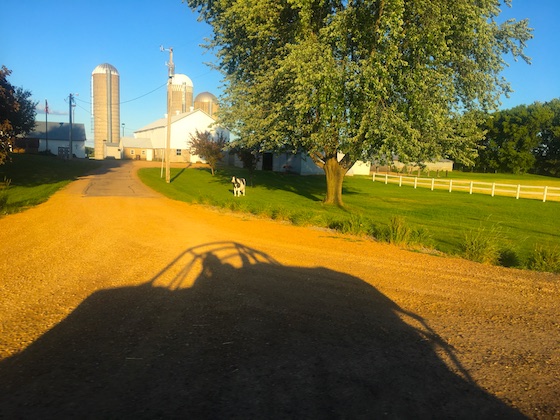 I FIGURED OUT HOW TO ADD A NEW STORY – WELCOME!!!