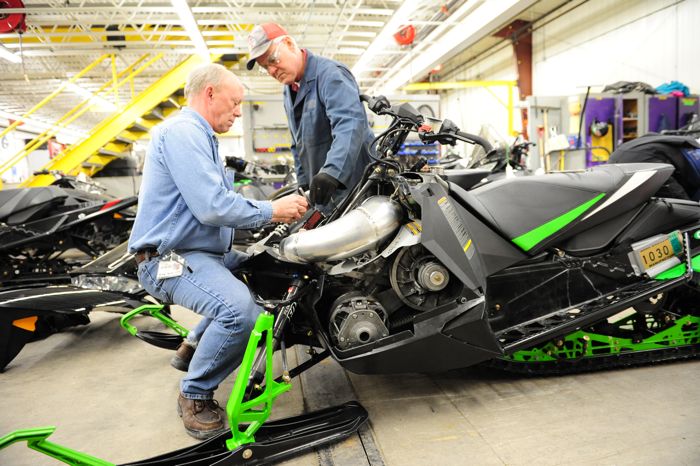 It’s late enough in the afternoon that these two racing veterans are asking the photographer questions about what happened during the second leg of the USXC I-500 cross-country race that had concluded a couple hours earlier.

They’re interested in the stories about eventual race winner Ryan Simons soaring over approaches with a speed and severity that brings gasps, but they’re mostly concentrating on inspecting the engine in this pre-production snowmobile. There is still much work to squeeze in, before the phone calls from home wondering about dinnertime. 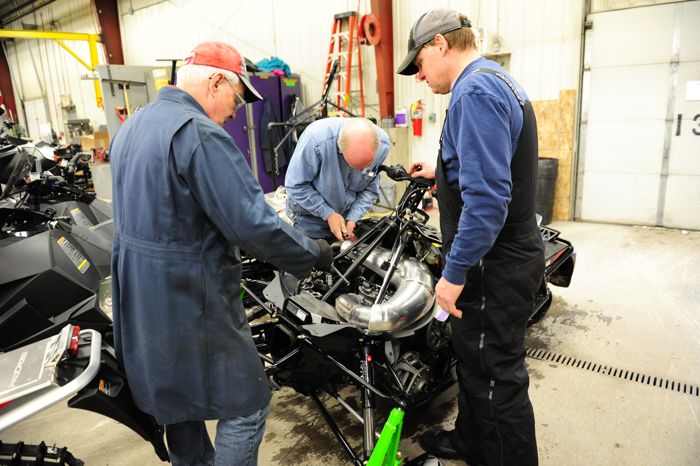 One or two engineers come into the room long enough to ask a question or share some information, but otherwise this 20-minute interaction between Spaulding, Coltom and the El Tigre is uninterrupted and quiet.

On this day, there’s a contrast between the two. Spaulding is deliberate and brisk in pace. The schedule to produce the company’s first ever 2-stroke snowmobile engine is tight and unforgiving. As the Group Leader of this endeavor, his desire to deliver excellence tempers any inclination he might have for idle conversation. 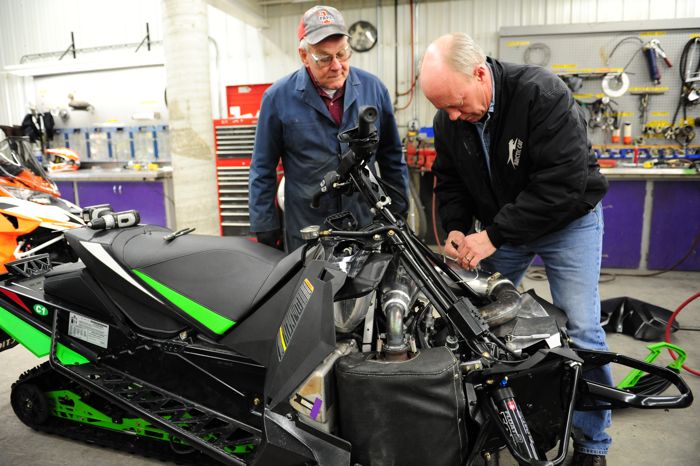 Perhaps because he senses Spaulding’s heightened intentionality, Coltom is relaxed and jovial, cracking the occasional joke. But the banter is short, light and respectful, as Coltom is fully aware of his colleague’s business-like mindset. He too wants this project to be exceptional and successful on every level.

With the work on the APV valves complete, Spaulding reattaches the hood and side panels to the El Tigre while Coltom dons his riding gear. Minutes later, Spaulding has left for a conference call with a component supplier while Coltom evaluates the Tiger’s performance on 50-mile loop of trail and ditch with engineers Jeff Olson, Bart Magner and the photographer. 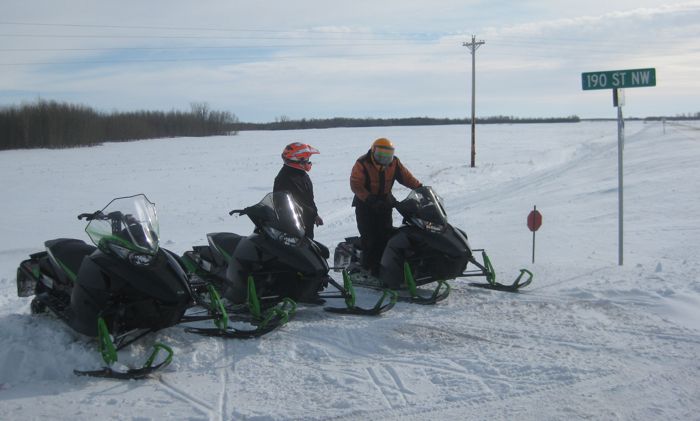 The sunlight fading behind the late afternoon clouds, the process of building, testing, evaluating and improving snowmobiles continues at its high pace.

There is much work to be done.