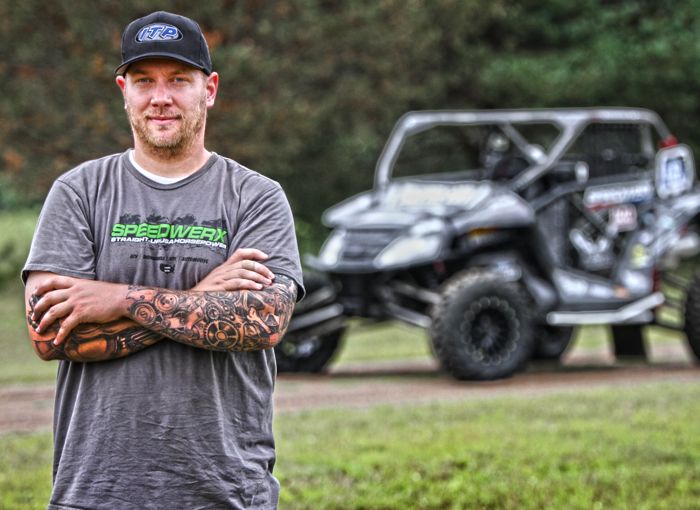 His original plan for racing a Wildcat this summer took on a new, deeper meaning after his grandma died from Cancer last February.

Here’s the story and a description of this awesome Wildcat, as told by Alex:

Three years ago my Grandma was diagnosed with ovarian cancer. She fought like hell through it all, and then in November 2014 she was cancer-free. One month later she went in for a check up and the cancer had returned.

In January of 2015 she fell and was low on blood. At that time, the doctors decided there was nothing more they could do with her condition. She decided she wanted to go into home Hospice.

I spent four weekends by her side laughing and watching movies and talking about growing up. She kept telling me that when she got better she and her husband were coming to the races with me this year.

When I was getting my graphic ideas together for the Wildcat this year, I mentioned my Grandma’s story to Ian at SSI. He put Grandma on the car with me so she could go racing with me after all. It might sound sappy, but it felt right to me. 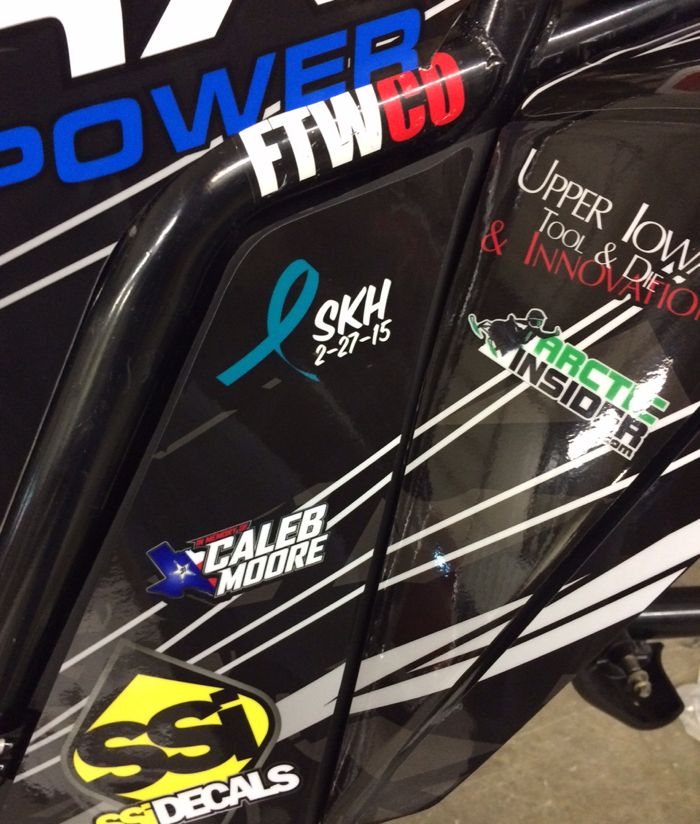 We will finish out the last round of the ERX series in Elk River, Minn. in a couple weeks, then the IATVHSS, then hopefully strap in to a new car next year and have it dialed long before the race season starts. 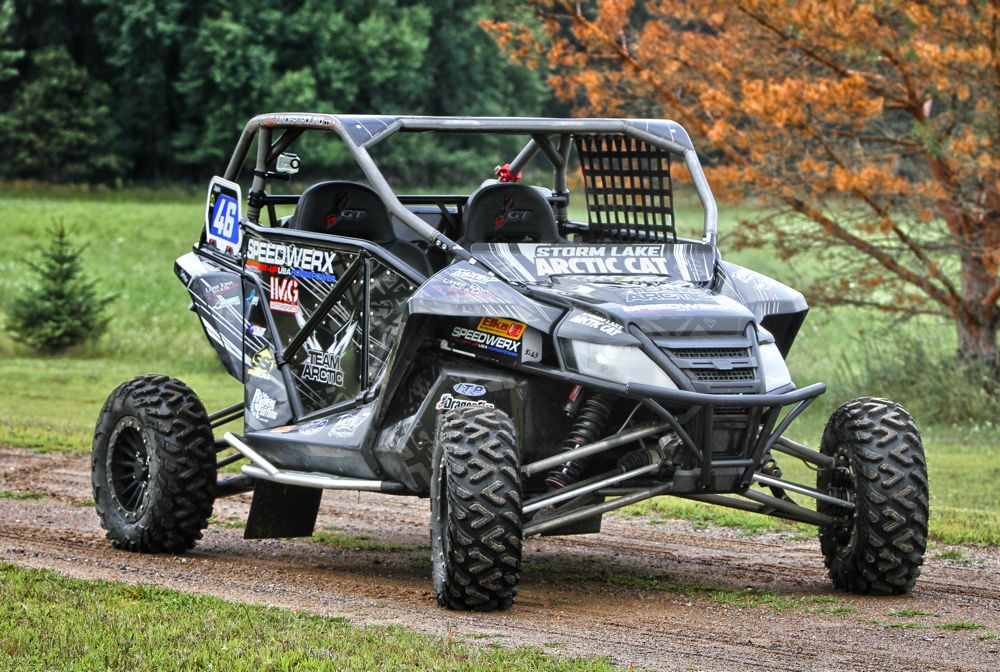 The build sheet for this Arctic Cat Wildcat:

* All clutch exhaust ducting has been removed 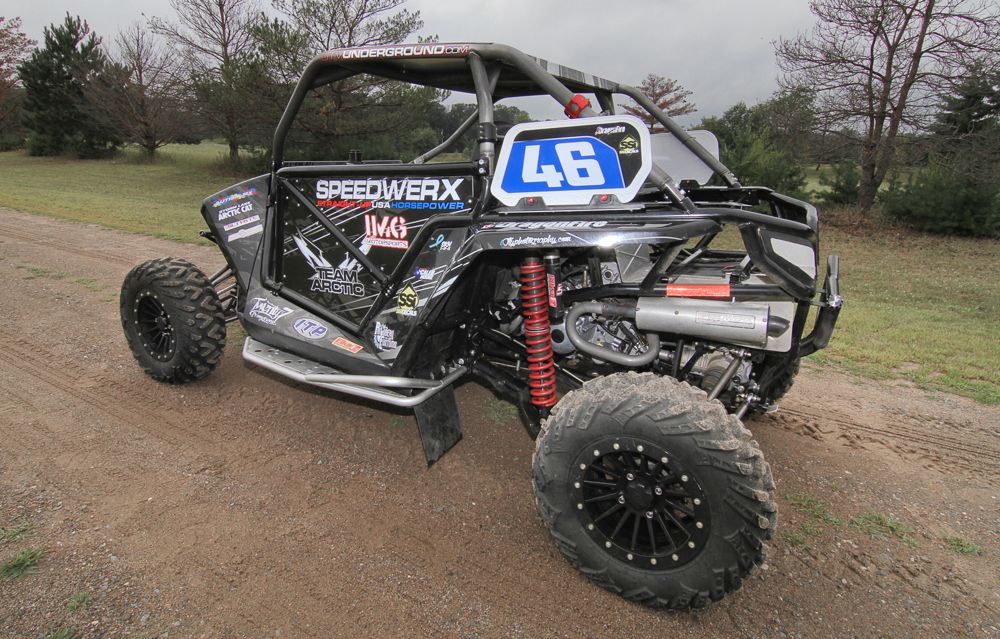 * Lots of little things for re-enforcement on the front end

* Wrap is from SSI decals out of Galena Illinois

* Firewall was cut to allow fresh cool air to flow into the intakes for both the motor and the clutch intake, Before it had an oven effect being so close the the head-pipe with the aluminum heat shield in tact. 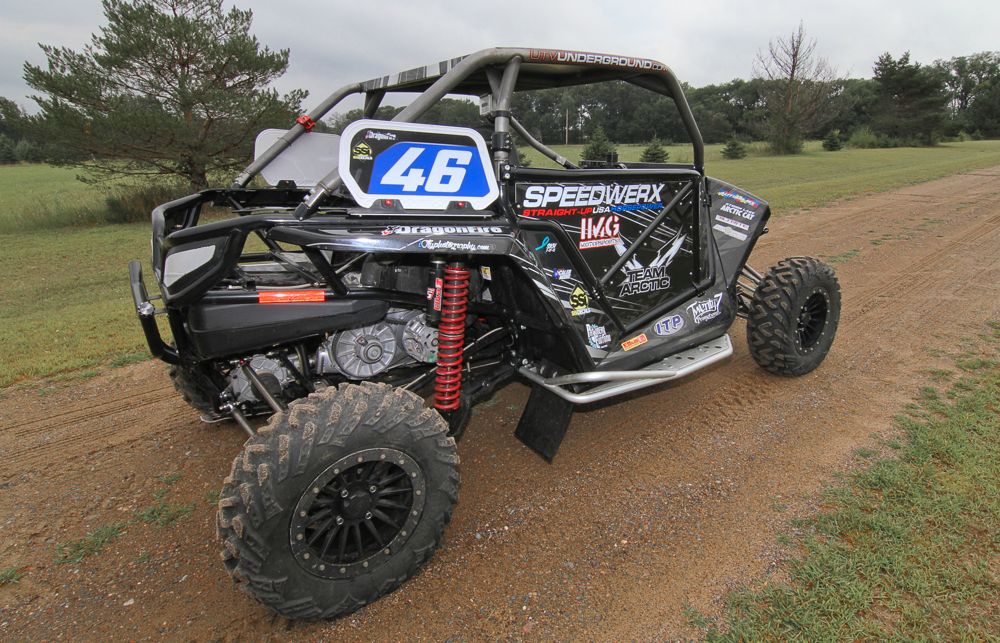 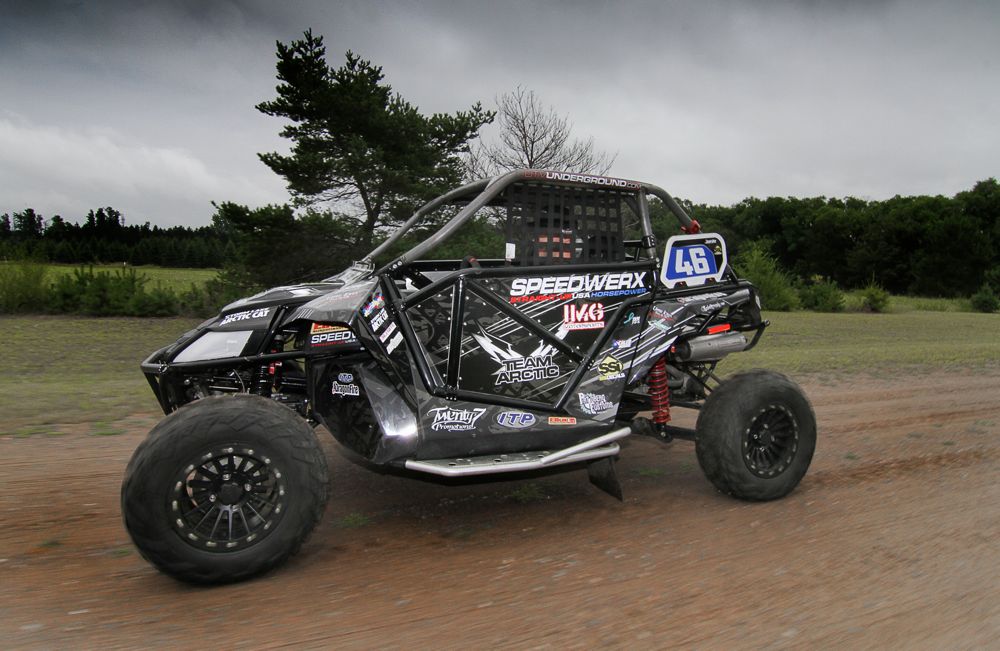 Power is great: its fast revving and a smooth. Clutching is spot-on, as expected with anything that Speedwerx touches. They took the hit out of the motor (and that would taper off rapidly) and made it a much more useable power curve that continues to climb until the rev limiter.

The 105 kit is worth its weight in gold on these machines. It was quick before but now against a stock 107 or 110hp XP1k it holds its own, especially when you get into the rough terrain where the Elka suspension shines.

Not only do the 2.0″ Elka shocks soak up big hits and hard landings, but it feels like its on rails around corners, especially when we dropped an inch on diameter on the ITP tires. That seemed to really help reduce the sidewall flex we were seeing with the bigger tires. 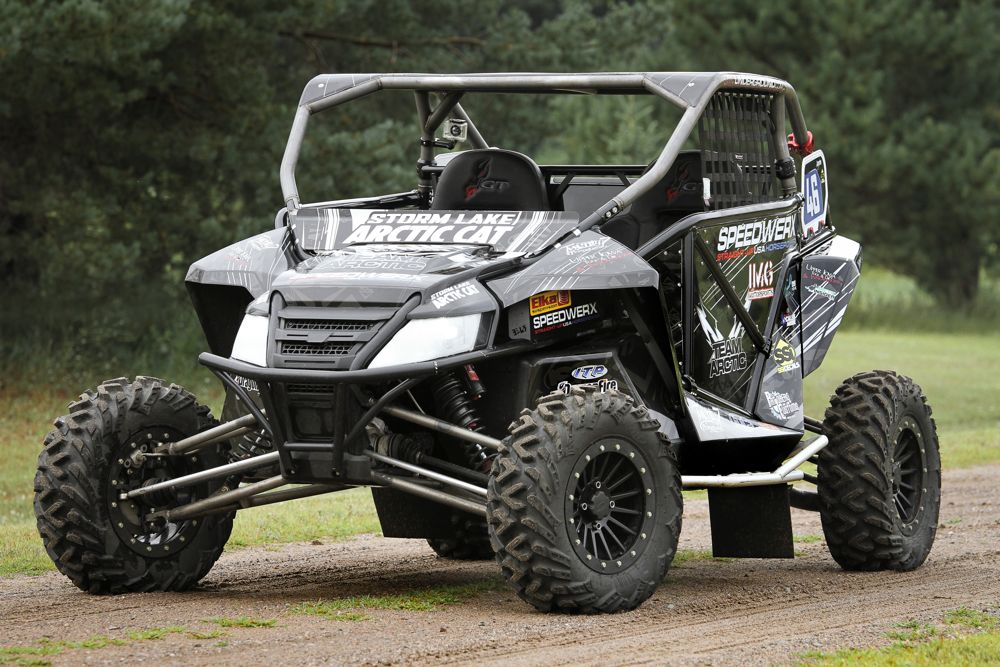 I would also like to give a special thank you to Jeremy Houle and Chris Evans, whose help was key to building this machine, and who have been awesome at answering all of my questions and working their tails off to make things happen for me.

I also want to thank Iflyphotography for taking these awesome pix.