Happy Birthday CJ Ramstad (and Thanks For All You Gave) 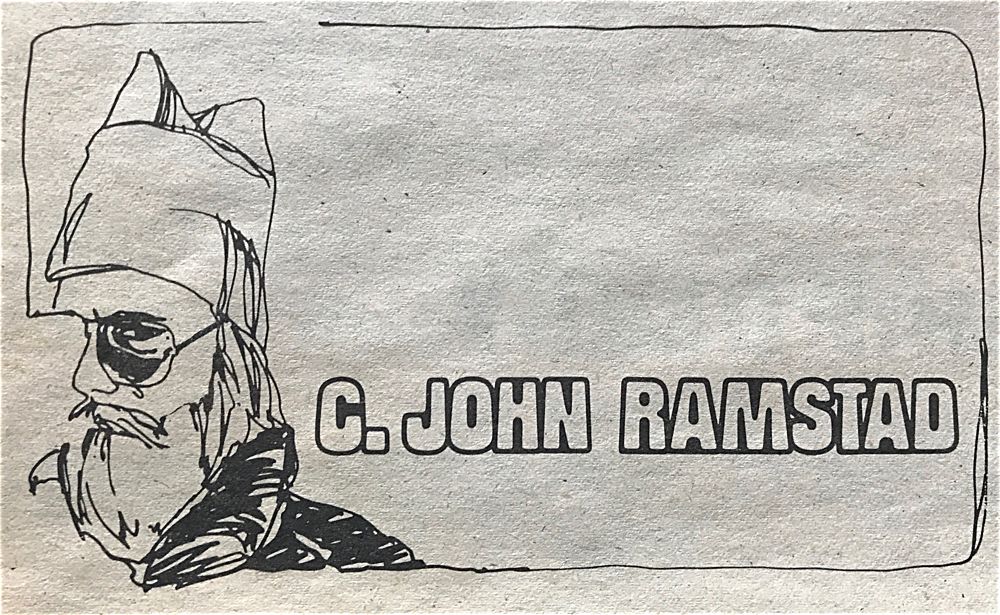 It’s been 10 years since legendary snowmobile journalist CJ Ramstad and his son J.J. died in a tragic automobile crash.

Today would have been CJ’s 72nd birthday. I’m remembering his life by sharing this awesome column he wrote for the Dec. 13, 1975 edition of Snow Week magazine.

It’s a column about subjects very dear to his heart: cross-country snowmobile racing; the workingman racer; and the independent spirit.

Like so much of CJ’s writing, it captures the essence of his subject with honesty and insight.

Happy Birthday CJ. And thanks for the gifts you gave us.

With rubbery legs, burning eyes and weary shoulders, the young racer puts out one final effort with a grunt and his battered sled finally slides into the back of a littered pick-up. With a tired smile, the young racer thanks his racing friend for the loading help and, leaning against the truck to linger for just another moment, his eyes flash as he remarks to his departing fellow racer, “Call you next week…maybe we can get these puppies running one more time.”

Sliding into the cab for the long interstate drive home, the tired body slumps behind the wheel as thoughts slowly begin to turn once again to the details and obligations of everyday life. Engine warmed and windows de-iced, our exhausted Sunday hero puts his wheels on the highway. We hear second gear, then he’s gone.

If our racer is like many other cross-country snowmobile racers, his sled has dome decals stuck to it and some dealer or distributor name painted across the hood. Likely as not, our racer works at the same outfit whose name graces his sled. And just as likely, his drive belt, fuel mix and spark plugs match the decals. It’s all part of an attempt to go racing at the least possible cost.

Maybe you’ve read on these pages about the Big Prize Money that winners of cross-country snowmobile races take home with victory. Well, that might be true, but our tired rider in the homeward bound pick-up truck didn’t come in first. The chance is always there, but the odds are always against.  So our Sunday hero maybe makes a few hundred on the one or two weekends he finishes. On the weekends he crashes or breaks, he takes home no money.

Does all this mean our racer is doing it for nothing? Does he kick out the bucks for a sled, beg parts and entries from a business sponsor and put 12,000 miles on his only vehicle for nothing? Don’t think it’s true for a minute.

In our racer’s day-to-day life, we see him working for a local snowmobile business. A dealer or distributor where he goes in at eight every weekeday morning to punch the clock and do a job. Fix other people’s sleds. Run through the inventory. Cover for a co-worker who’s a slow learner. Tell the sales manager he’s right when he’s wrong. Keep the breaks to 15 minutes.

The hours spent on racing are different. The time spent in the shed repairing and preparing the sled for the upcoming event, the hours spent in travel, the inevitable waiting around at the race site and the 200 or so minutes of actual competition represent time when the racer is on his own. No dependence on anything. If the sled is set up right, or if it’s not, he knows who to blame. If the sled slips into the deep powder somewhere on the course and he loses precious minutes and energy getting back on the packed trail, he recognizes the error and his is the one who pays the price. It’s maybe the only thing in his whole life that he has just to himself.

When he goes racing the petty dependencies, annoyances and frustrations are gone. In a world complicated by every kind of intrusion on the Inner Man from income tax to red lights to credit ratings, our Sunday racer finds release in a tough and rewarding outdoor sport where he can compete totally as an individual.

On this particular weekend maybe our young racer was taken in by a tree. Tired shoulders gave the handlebars just a little too much slack over a certain set of moguls and the sled careened into a sturdy oak. Maybe 20 minutes of repair was necessary before he was able to limp back to the start/finish point. Could be the losses for the weekend will include not only the entry money and motel money and gas money, but the cost of a new spindle mount, belly pan and welding job.

If we could see inside the dark cab of the muddy pick-up as it hurtles down the county road away from the race town, maybe we would catch a glimpse that would show us one very important reason to expect our Sunday racer to show up for the cross-countries again. The thin smile across his face is not the result of muscle power; his charge is too low for that. No, the smile comes from an inner place that is only satisfied with the taste of true freedom. Call it independence, call it release or call it escape. Money doesn’t buy it.