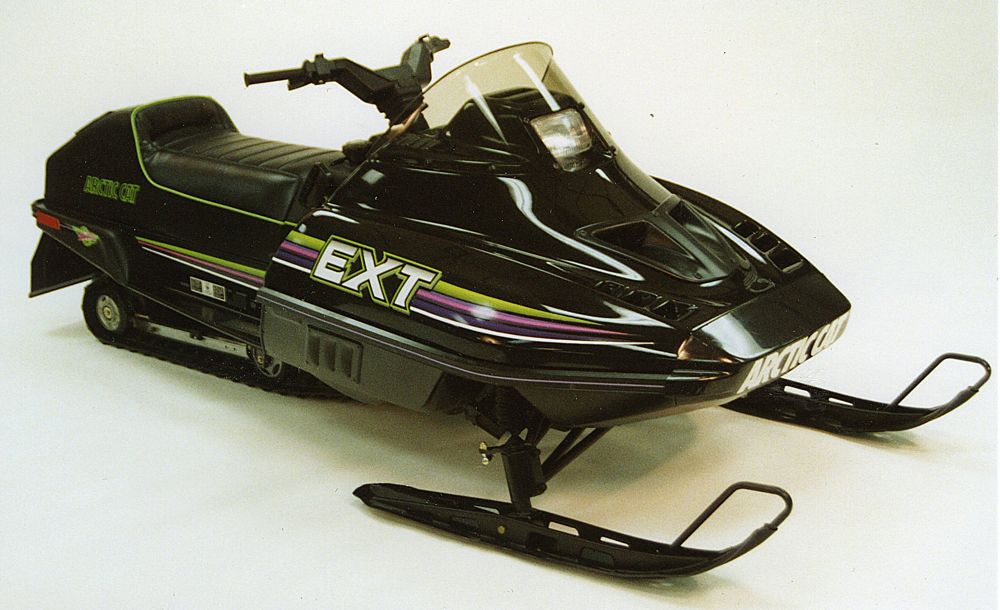 At this moment 27 years ago, Team Arctic racers and mechanics were busy puting wrenches and hope into a snowmobile that would ultimately re-aim the trajectory of Team Arctic’s race results.

The sled was a race-focused version of the ’89 EXT, featuring shorter ski spindles; a stretched 39-in. ski stance (using chrome-moly A-arms); some lightweight aluminum pieces (hood hinges, bellypan supports and clutch guard); larger drive sprockets; a gnarly looking hood vent; and FOX gas shocks. The latter would proved to be the Special’s “game changer” improvement. It was powered by the 530cc Suzuki twin.

CLICK HERE to download a PDF of the story that ran in Fall 1989 issue of Cat’s Pride, detailing the then-new machine.

By the end of the season (and in the capable hands of growing contingent of Team Arctic racers), the machine would claim wins at the biggest events in North America.

In fact, it was the ’90 Special that finally put an end to what had been a long period of domination by the Polaris Indy in most terrain racing.

Brian Sturgeon piloted the Special to a Stock A class win at Eagle River.

The 1990 EXT Special marked the beginning of a loooooong line of race-focused, limited-built “specials.” And it launched the success (and fortune) of FOX Shox in the snowmobile arena.

Sadly, the original AFS-version of the EXT Special was a one-year wonder. Looking to promote its all-new Prowler (which also debuted in 1990) chassis, Arctic Cat returned in 1991 with Special versions in this new chassis. Racers and many hardcore trail riders derided that decision, as the Prowler-based chassis had a few too many shortcomings.

Most of these machines were raced during the 1990 season, which undoubtedly meant that many were trashed. It’s already a collectors’ sled, and its value will likely grow with time.

I still occasionally see ’90 EXT Specials at shows, and they always capture my imagination with the same force they did when I saw them for the first time in the winter of 1990. 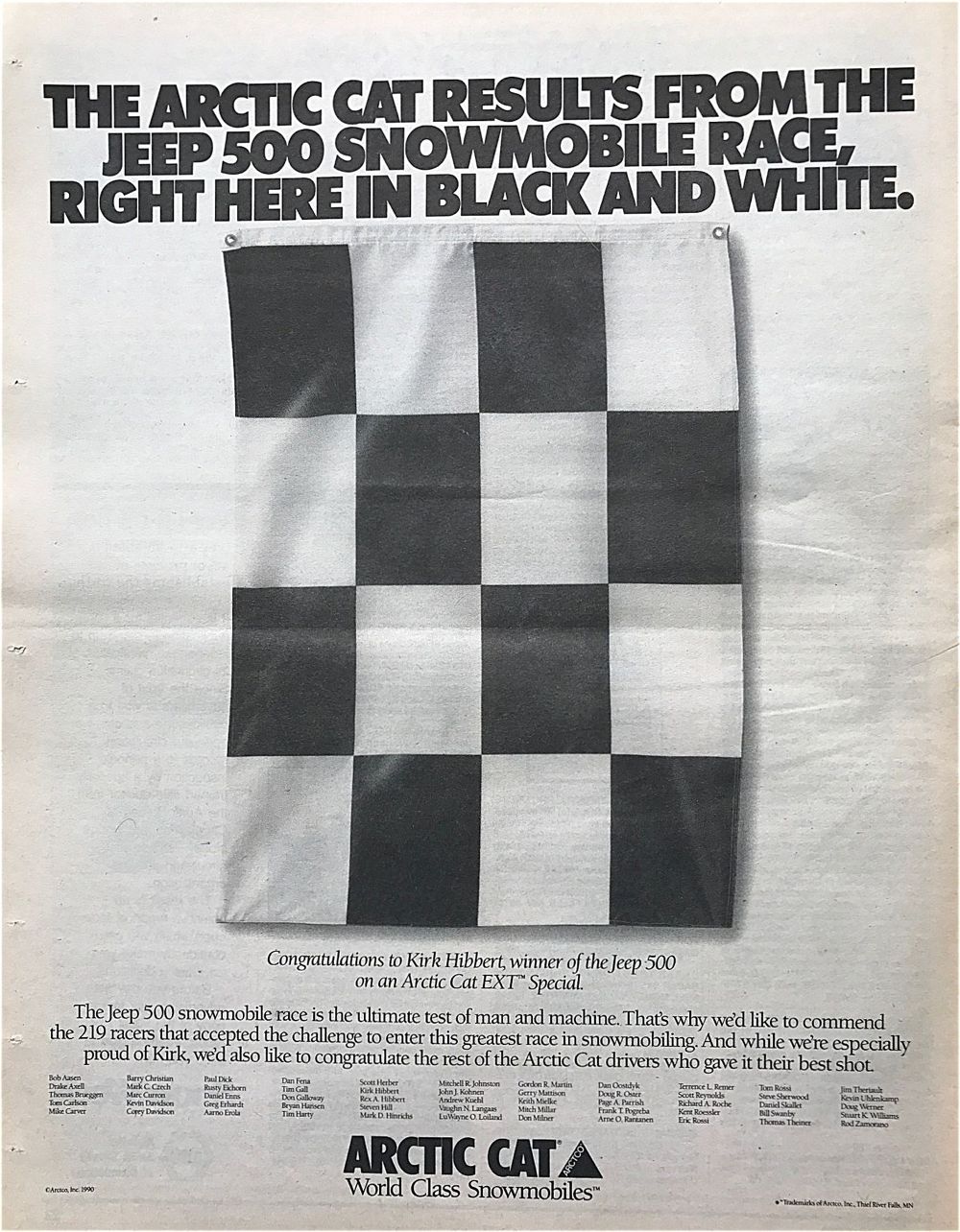