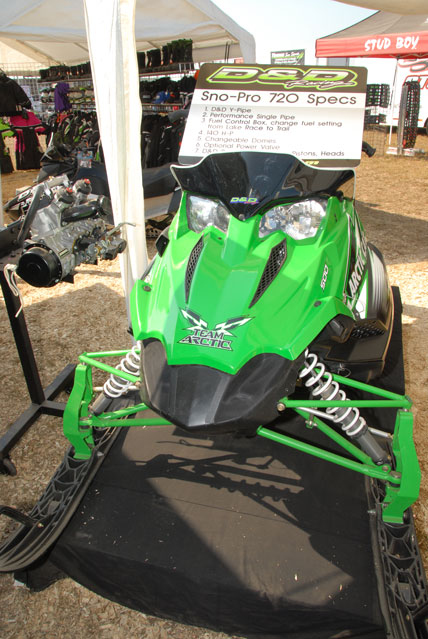 The speed merchants at D&D displayed their prototype 720cc Kit for the Sno Pro 500. Interest in this baby is high, as you might expect. The D&D crew were busy all weekend, with Scott Moser winning the Open Stock class aboard the CFR 800. 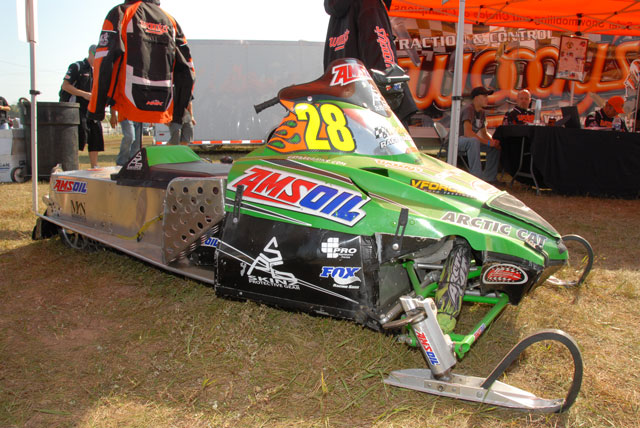 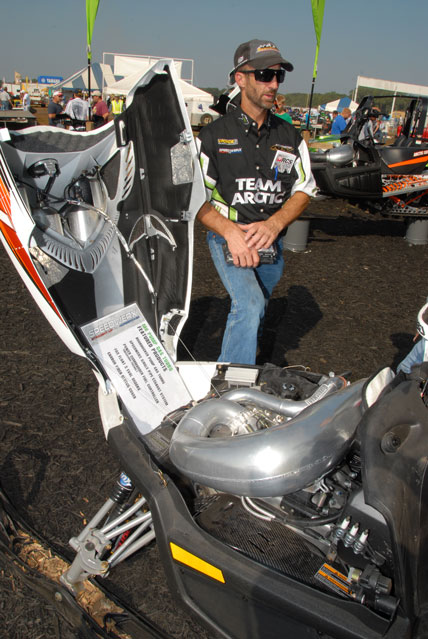 Hillclimber Bret Rasmussen was in the Arctic Cat booth, talking Boondocker turbos on the M Series and promoting his new video, Schooled, which co-stars Chris Burandt. 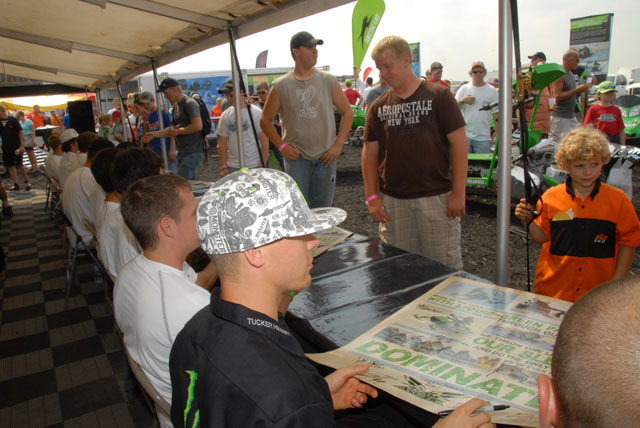 The Team Arctic autograph session was a big hit, as usual. Free posters with a personal signature from most of the top racers is always a strong draw. 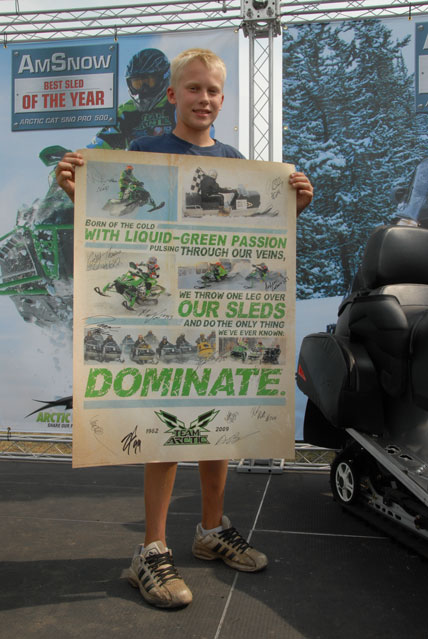 For the past six years, this smart dude named Tanner M. from Hatton, N.D., has been the VERY FIRST person in line for the autograph session. Cool! 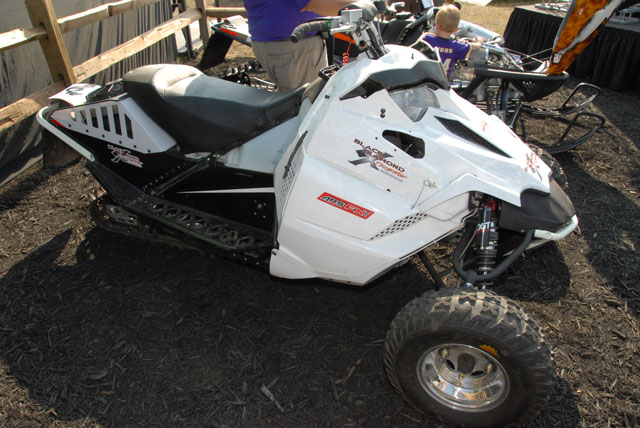 Here’s a number we’d like to bring to the sand dunes to ride with Napoleon’s grandma. 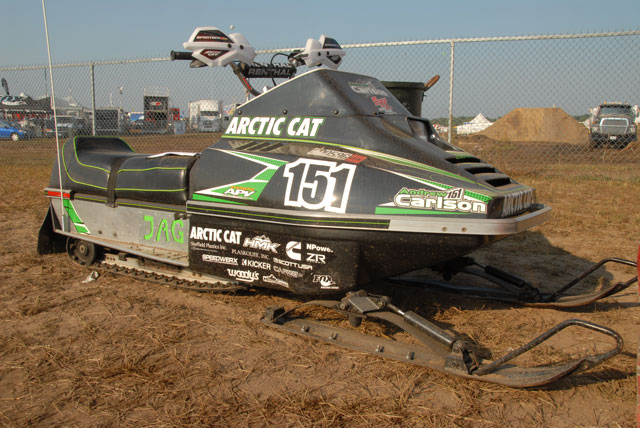 This enticing Jag belongs to Team Sportech/Arctic racer Andrew Carlson, for use at the soon-to-be-famous ERX Motorpark weeknight snowmobile derbies, er, races. ArcticInsider will be there racing this winter, aboard a yet-unnamed sled. 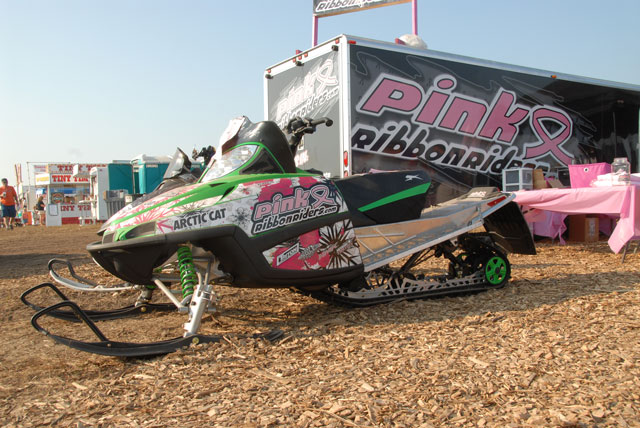 The limited-edition Crossfire raffle sled for the Pink Ribbon Riders was on display in their booth. But a ticket, attend an event and otherwise help support this very cool cause. 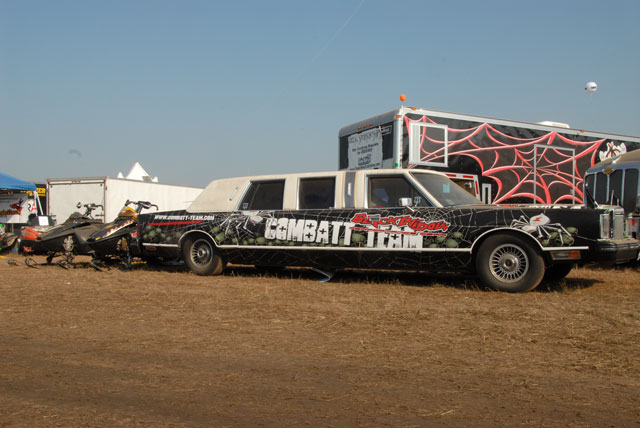 We thought this was interesting and that’s why it’s here. 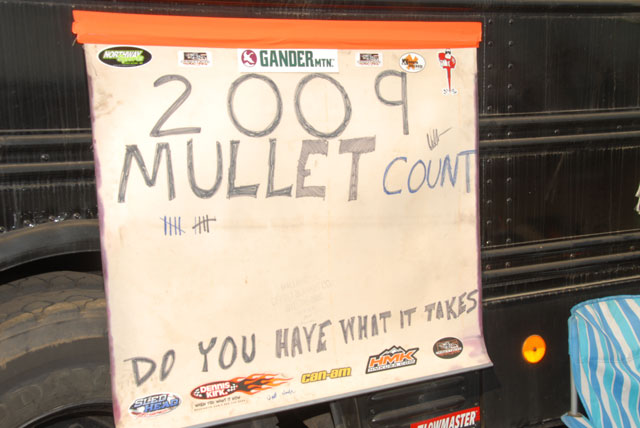 I’m going to grow my mullet for next year, because by the looks of it, there aren’t enough mullets at Haydays anymore. Same for Zubaz. And no, I don’t have what it takes. 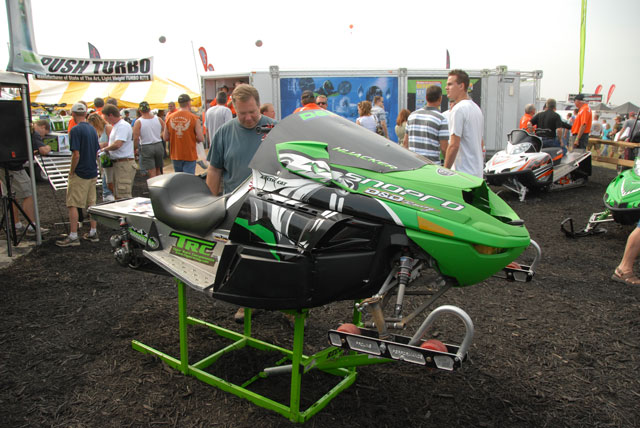 Glenn Hall’s pavement-only Z1 Turbo Sno Pro captured the attention of Arctic Cat riders in the company’s booth. This baby has hit 162 mph in the quarter-mile. 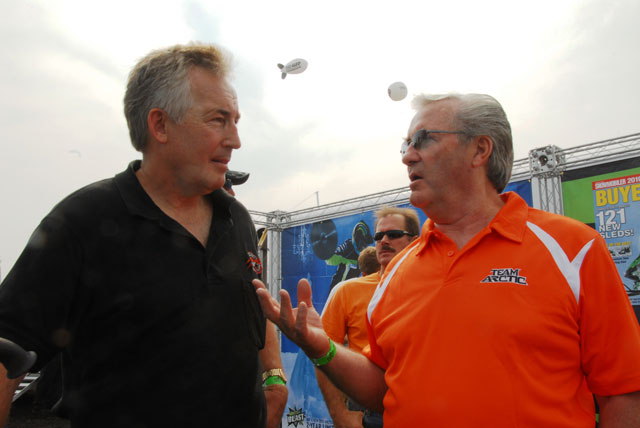 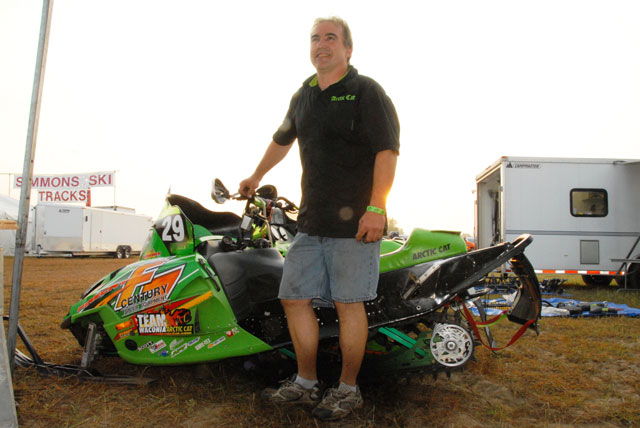 You couldn’t walk within 100 yards of this guy without hearing sales pitches like, “What’s it gonna take to get you onto this sled?” and “How can you say ‘no’ to a deal this good?”. I’m not sure if anyone bought this World Championship-winning watercrosser from the man himself — Dale Lindbeck — but it wasn’t for his lack of trying. Lindbeck is promising a new watercrosser for next season. 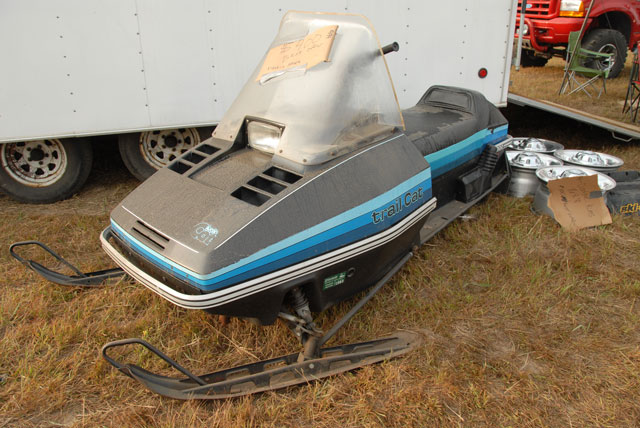 For a paltry $400 bucks, Team Arctic master Aaron Scheele drove this sweet Trail Cat out of the swap and into his pickup truck. Even the electric start worked! 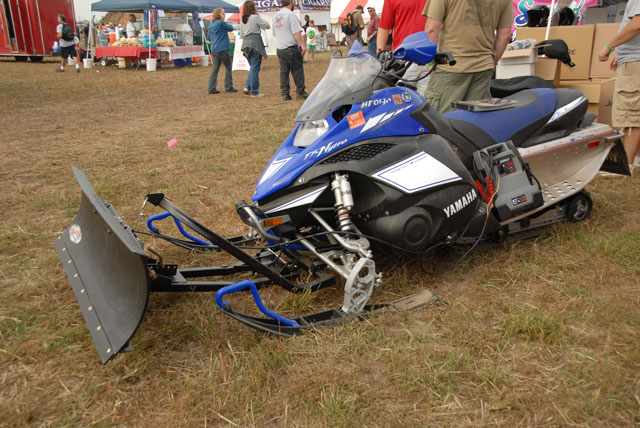 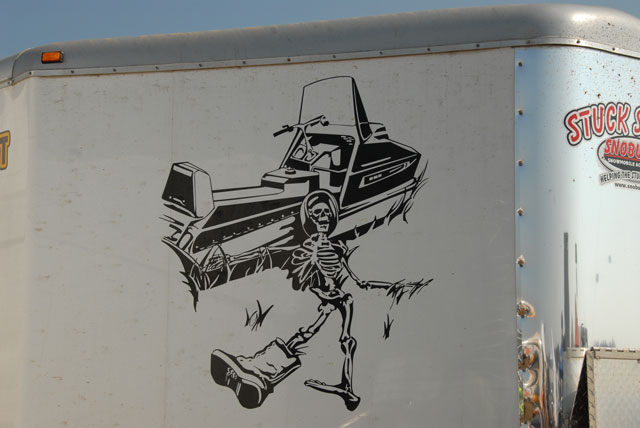 After two days of fun, this is how a lot of people felt at the end of Sunday at Haydays. And after viewing all the pix in this story, you might feel the say way…