Hibbert (and helmets) Ready for the World 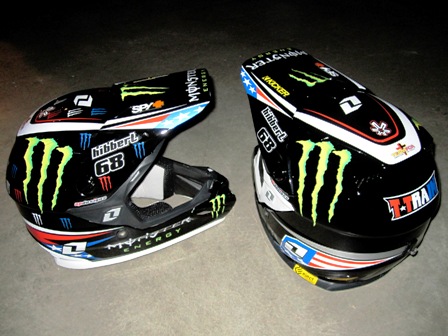 After posting a solid three-week block of testing, includingpracticing with Logan Christian on the Christian Bros. Racing track in Fertile, Minn., for much of last week, Tucker Hibbert is on his way to Sweden for the FIM Snocross World Championships where he’ll wear one of these two USA-themed helmets during his attempt to become World Champ.

(Personally, I think when you win all but one Pro class that you enter for the season, racing against most of the best racers in the world, that you already ARE World Champ, but what the heck?!)

For those of you who aren’t going to Sweden to catch the race action and hang with the bikini team, you can watch all of the action LIVE and FREE at freecaster.tv! The race times are listed EST so make sure to adjust the time to your time zone.

According to Tucker, his sled passed customs and is en route to the shop we he and his crew (Kirk Hibbert, Mandi Hibbert and Rob Dahlen) will be based.

On Sunday, his last day at home before crossing the big pond, Hibbert grabbed a ride on his mountain bike. 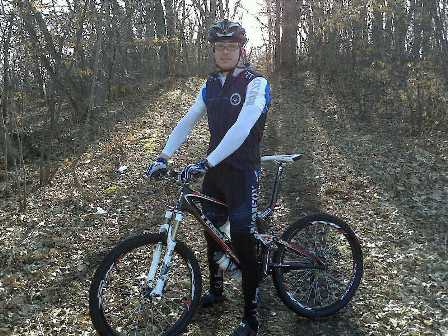 All season long, I’ve tried in vain to get Tucker to talk in the third-person while being interviewed post-race. He keeps refusing, knowing full well how dorky it sounds when racers do that. But now that he’ll be in Sweden, where much will be lost in translation, I wonder if he’ll give this fan just ONE third-person reference?

Either way, we wish Tucker the best of luck this coming weekend. Bring home a World Championship title!

There will be two qualifying races of ten minutes, plus two laps.  The top-eight riders in each qualifying race will transfer directly to the World Championship Races. Riders finishing in positions 9-21 will go to the Last Chance Qualifying Practice.  The remaining riders are eliminated.

B Races: Each heat will be eight minutes, plus two laps.

Each World Championship race will be 15 minutes, plus two laps. Each rider is awarded points per race determined by their finishing position. The rider with the most points after all three races will be named the 2010 FIM Snowcross World Champion.