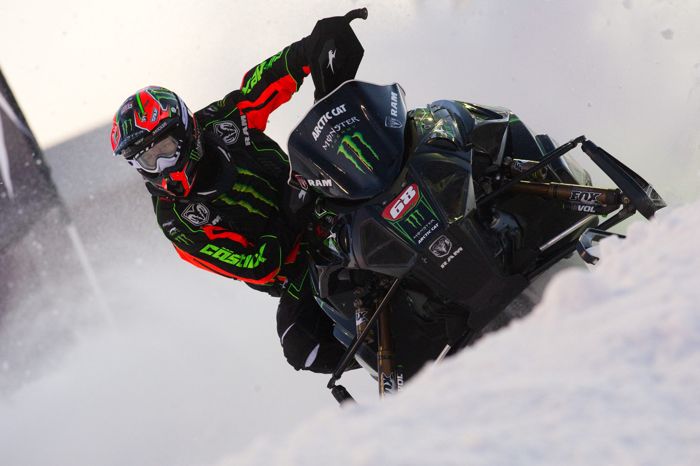 Team Arctic terrain racers continued the season-long victory parade with another batch of wins, this time at the season-ending USXC cross-country in Walker, Minn., and the penultimate stop on the ISOC National Snocross tour.

The cross-country in Walker saw yet another impressive house-cleaning by Team Green, with 12 different racers winning a total of 13 classes on a twisty 6-mile course characterized by massive, unrelenting moguls and big berms. Arctic Cat racers showed their depth by taking 35 podium positions and sweeping six podiums.

“Our racers and machines win in all terrain and conditions – from the early season lake events to the gnarly ditch events and now at a lower-speed short-course event that had elements of a snocross course,” said Team Arctic Race Manager, Mike Kloety. “We ended the cross-country season exactly like we started it: with great racers and teams competing in all the classes, and with the most impressive results of any brand.

One hundred miles to the west of Walker, Team Arctic snocross racers showed similar depth at the ISOC National double-header in Glyndon. Tucker Hibbert scored another Pro Open win during the Friday program, but a first turn bump in Saturday’s final put him on the ground, in last place and chasing back to claim fifth. Team Arctic’s Cody Thomsen claimed a pair of third-place finishes, while Logan Christian of the Christian Bros. Racing team notched a second-place finish.

Team Green showed similar domination in the other classes, with Travis Kern and Tyler Adams exchanging wins in the Sport finals and Marica Renheim staying undefeated in Pro AM Women.

“By claiming four of the top-5 positions each night, this was the most powerful performance we’ve seen from our team in the Pro Open class all season,” said Kloety. “Plus it’s just as satisfying to see our racers taking wins in the Sport, Junior and Transition classes.”

The final stop on the 2014 ISOC tour is this coming weekend in Lake Geneva, Wis., where a triple-header concludes the 2014 season. The next RMSHA event is Jackson Hole World Championships March 20-23 in Jackson, Wyo. 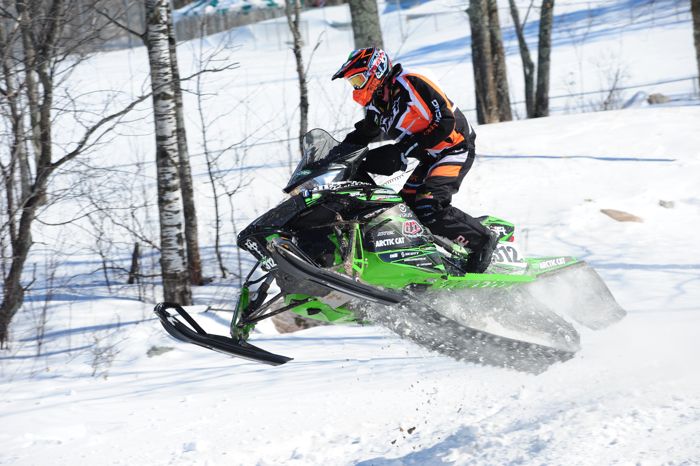