My Story: Dale Lindbeck’s Thrill & Agony at the Last Watercross of 2013

Even when you’re the four-time World Champ, snowmobile racing can deal some serious blows to your sled, ego and pocket book.

Grab a box of tissue as Dale Lindbeck takes us through the thrills and agony of the last watercross race of the 2013 season, held in Brainerd, Minn., Sept. 14-15: 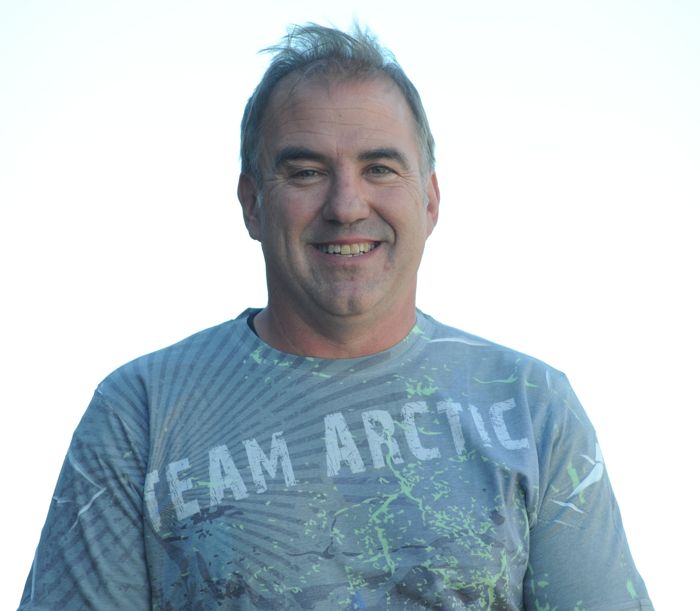 Heat 1, Pro Open: I’m up against points leader Howie Steenberg and two other guys. Howie pulls the holeshot and cuts me off in the first corner. I sink.

Go back to the pits, dry the sled out in time for the next heat.

Heat 2, Pro Open: This time I’m running again Nick Gustafson, Polaris engineer with a super-fast sled. Of course I want to show him who’s the boss, but he gets the jump and nails me in the first corner.

The result: Broken titanium A-Arm, sheared handlebar and Dale goes flying off sled with no beauty or grace.

With a downed sled (again), it’s back to the pits. Somehow we fix the handlebars, splinted the A-arm, dried out the sled and made it to the third heat.

Heat 4, Pro Open: Another win, just barely qualifying for Sunday eliminations! This watercross stuff is pretty fun when I’m not feeling like a pinball.

Elimination 1, Pro Open: Howie again… I beat him to the first corner, ruining his chance of cutting me off again. I’m in second place, playing it cool. Things are looking good, sponsors will be proud.

Then I get greedy and decide to make a move and pass for first place. Grab a handful of throttle to make the move and… drive clutch spider grenades, blowing up the clutch guard, side panel, hood, bellypan, skidplate, exhaust pipe, driven clutch and crank.

But… the guy I was about to pass apparently jumped the start so I’m awarded second place and a trip to the Semi Final.

Somehow we gorilla-tape the sled back together, borrow some clutches and just barely make it to the Semi in time to run.

Semi Final, Pro Open: Wow, the race starts and I’m in the lead!

Wow, when my motor blows up it sounds horrible! But that sound is only the beginning of my sadness as I discover a wobbly crank and dented/leaking pipe. Enough mud runs through the freshly redone engine to make any motor guy sick.

The sled and I are done. Out. Neither of us can take it anymore.

We miss the final and our shot at getting enough points to win the championship. Ouch.

But wait! Apparently there truly is salvation and redemption… I somehow come through the Pro Stock race unscathed and with the win!

And guess what? I earn enough points to win the Pro Stock Championship for the third year in a row. Hope is restored!

Racing is equal parts “Thrill of Victory” and “Agony of Defeat.”

This season I won a lot of races, took my fourth World Championship title at Grantsburg and snagged the Pro Stock Championship.

I also destroyed my sled and my budget. And I lost the Pro Open Championship to my arch nemesis Howie.

Six months from now I will have forgotten the “agony” part, while the “thrill” part will still be fresh and motivate me for another season of racing.

That is (and has always been) my story. Thanks for reading. 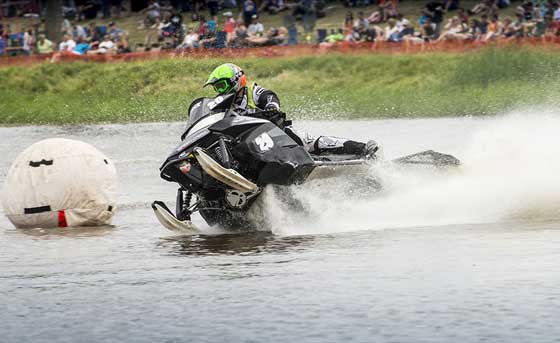