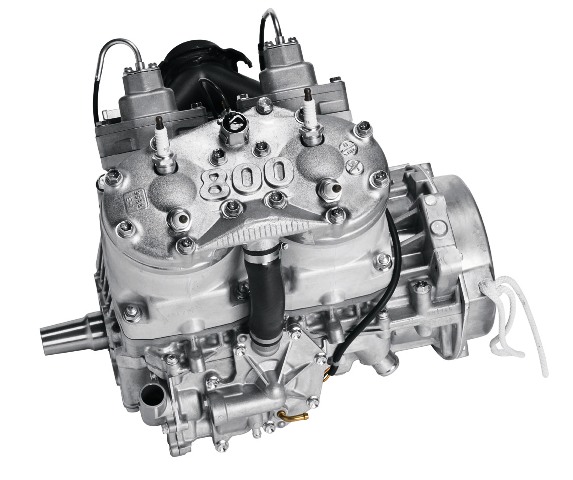 In a stunning turnaround to statements it’s made for more than 18 months, Arctic Cat announced today that it will offer a Limited Edition Sno Pro 800 H.O. for 2011.

Based on the same race chassis as the Sno Pro 600 and Sno Pro 500, but with the 162-hp 800 H.O. shoehorned in, this spring order-only sled will feature Fox Float ski shocks tuned for aggressive trail riding; a 15 x 128 x 1.5-in. track; engine reverse and hand guards.

Like the Sno Pro 500, the SP800 LE will feature a standard driveshaft, the old-style plastic skis (to be legal in Wisconsin) and oil injection. MSRP is $16,999 U.S., a number that the company concedes is high, but in line with its projected 750 production run.

For more than a year Arctic Cat has admitted that while it’s possible to stuff a 800 into the Sno Pro chassis, it couldn’t do so without significant and costly retooling. The company previously shunned this idea, saying it was focusing on other projects…presumably a next-generation chassis. 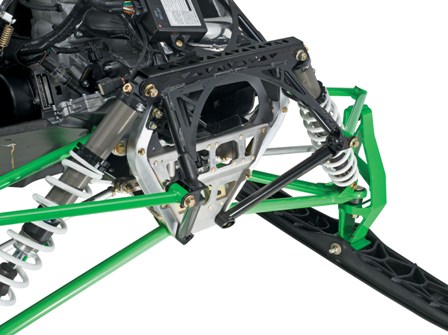 According to company sources, the new Sno Pro 800 will retain the same body work as the Sno Pro 600/500, but will sport a revised bulkhead, steering post and nose cone.

“Obviously, we’ve taken a lot of heat from our customers and dealers for not having a Sno Pro 800 or even a Sno Pro 600 with the EFI engine,” said a company sales rep. “While it wasn’t easy for engineering to pull off, they were able to develop a workable solution that gives us a 162-hp Sno Pro, but also with EFI and oil injection. Since that’s roughly twice the horsepower of the Sno Pro 500, we decided to charge double the price.”

Riders interested in ordering the Sno Pro 800 must decide by the May 1 deadline. They can choose between the standard graphics package or the Joker Edition.

Thanks to everyone for sharing in the time-honored tradition of April Fools jokes. For further explanation about such practices, please see THIS.