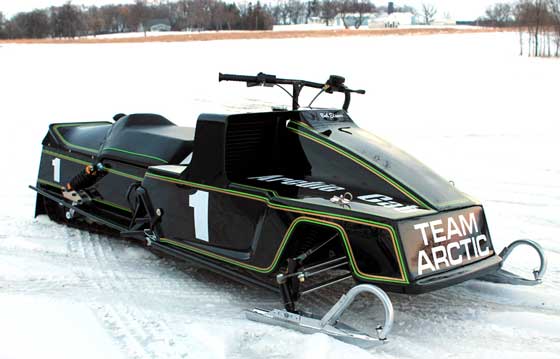 Ische wrapped up the final details on this stunner yesterday, just in time for his daughter Brianna to snap some pix and send them to me (thanks!). 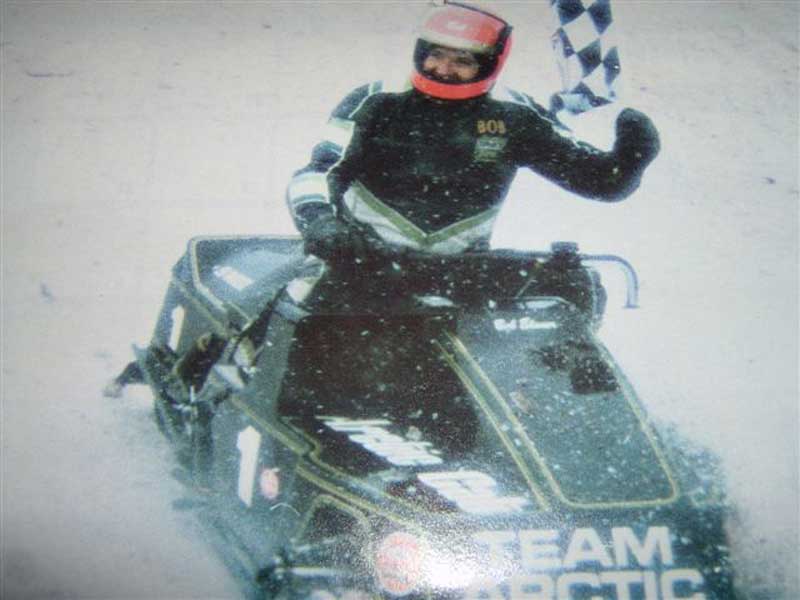 On an entirely personal note, I just have to say that Elsner’s win (and the awesome movie that Arctic Cat produced about it, above) was one of my all-time favorite events in Team Arctic history. I still get goose bumps and a lump in my throat when I watch it (sorry, but the sound cuts out at the end of the above video… bummer).

Anyway, Ische had the same motivation for creating the Elsner replica as he did the Janssen replica: to honor the man and race program that delivered a monumental win. 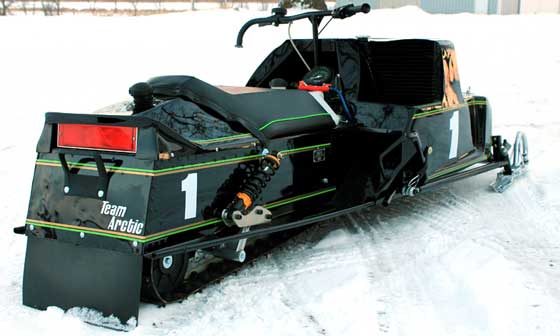 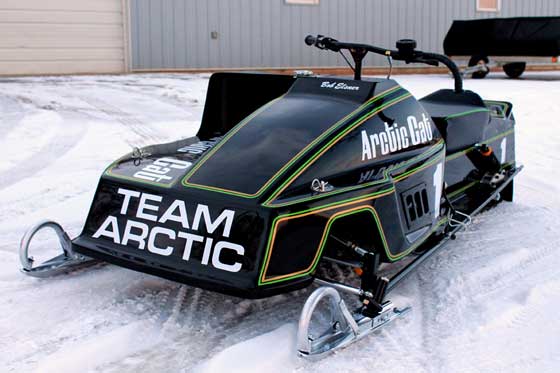 It has several reproduction parts such as the hood, bellypan, clutch guard, seat and such. And ever the sticker for details, Ische notes that the paint on the hood was done quickly in order to make it to the Derby, and does NOT include the pearl/metal flake. That will happen later, when it’s repainted.

Ische wanted to be very clear to me about this sled: It’s NOT Elsner’s race-winning sled, it’s a replica.

As for who originally raced/ran this 1979 Sno Pro tunnel… Ische wishes that he knew, but unfortunately doesn’t.

I can’t wait to see this sled, the Janssen-replica, Jim Dimmerman’s Phantom and all the other history-making sleds this weekend at Eagle River.

Look for a report next Monday.

And huge, HUGE thanks to the Ische family for the gargantuan effort to source, build and bring these snowmobiles to Eagle River this weekend! 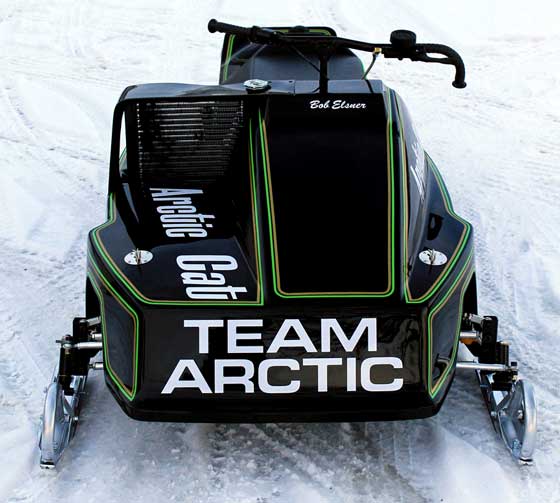