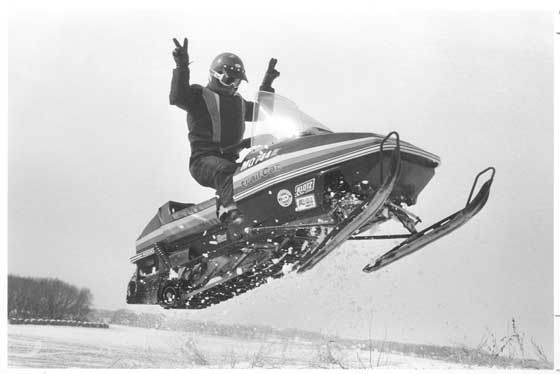 Something about this classic image of legend C.J. Ramstad has always struck me.

Recently, while at the MSPN offices formerly owned by the late author, I uncovered a handful of slides from the same roll of film that produced the published shot.

I remember first seeing this hero shot of C.J. jumping the Arctic Cat Trail Cat in Snowmobile Magazine circa 1980 or 1981. The next time I remember seeing it was when the first edition of LEGEND: Arctic Cat’s First Quarter Century, was printed in 1987.

I’m not sure exactly what it is about the image that has always struck me. Perhaps it was the fact that when it was published back in the 1980s there were so few snowmobile jumping shots? For sure there weren’t extreme-type shots with the riders pulling tricks. While tame compared to today’s images, taking both hands off the handlebars was truly rad back then.

Or maybe what struck me was the cropping of the bottom of the image, so that it appeared as if C.J. launched 10 feet into the air when it far more likely that he was 2 feet off the ground?

Perhaps it was the fact that this was the only “extreme” action image I can remember seeing of the Arctic Cat Trail Cat? After all, the Trail Cat was anything but a performance sled.

Later, after C.J. gave me my first gig as a journalist and we became friends, I came to learn and understand his penchant for tireless self-promotion. Once I understood this funny quirk of his, I would tease him mercilessly for it, including giving him crap about this very shot.

Probably the shot has always seemed unique for all the above reasons.

So was it pure luck that I recently uncovered a half-dozen supporting shots from the same roll of slide film, or was it some sort of heavenly nod? I like to think it’s the latter.

Without further ado, here are some outtakes from the famous “Peace Out” shoot, along with some additional background info: 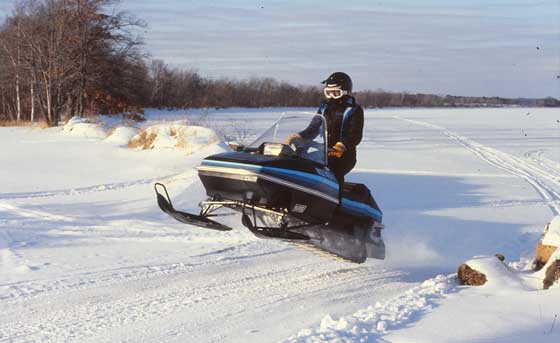 Once C.J. discovered the natural ramp coming off the lake, he must have conned his wife Karla into launching the Trail Cat for the camera. Nice job, Karla! 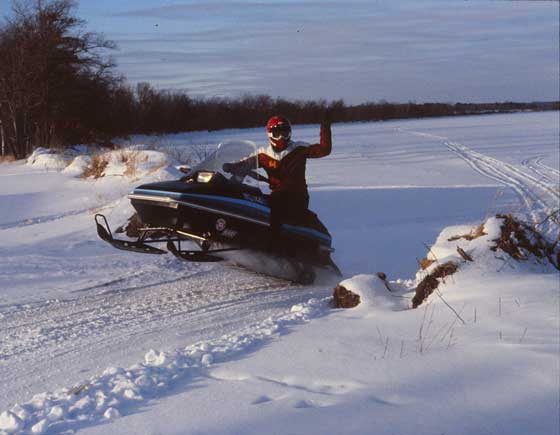 Of course, once the camera settings were perfected, it was time for Karla to run the shutter button while C.J. put on the show.

Taken on a different day as the Peace Out image, this shot gives us a hint at the heights that C.J. might have achieved during this era. It for sure illustrates that he liked hamming it up for the camera. Maybe C.J. deserves some credit for being one of the first freestyle snowmobilers? 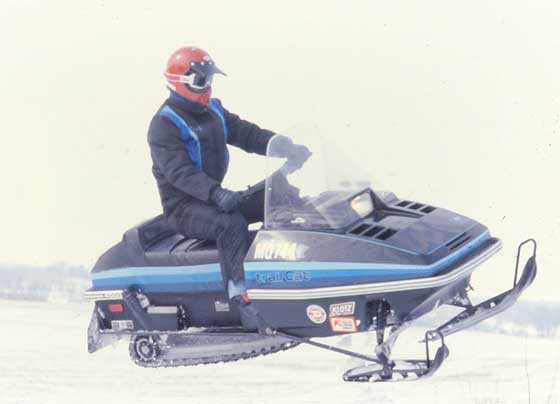 My guess is that, after hatching a plan to get a really extreme image, C.J. came back on a later day, because this and the following images were taken in overcast conditions.

I’m guessing this first shot was just C.J. getting a feel for the jump. 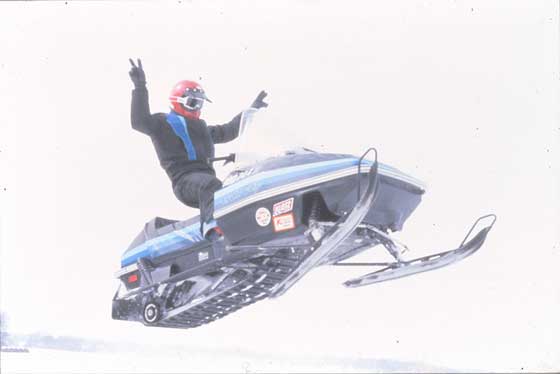 This is one of three different “Peace Out” shots on the roll of film. I wish I knew where they were taken. I would have guessed Lake Minnetonka west of the Twin Cities, but a close scan of the shoreline in the background shows that it’s mostly undeveloped, which disqualifies Minnetonka. 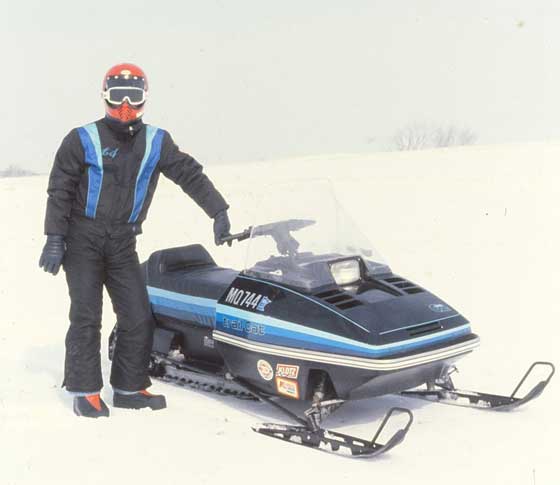 Like I say nearly every time I start thinking and writing about C.J., I really miss the man. He was awesome and unique and funny and imaginative and goofball in a thousand different ways. And as more time passes since his death in May 2007, the more questions and conversations I wish I could share with him.

Thanks for your amazing awesomeness, C.J.! And peace out.