Product Spotlight: 2-Up Seat Kit (Have Cake & Eat it Too). 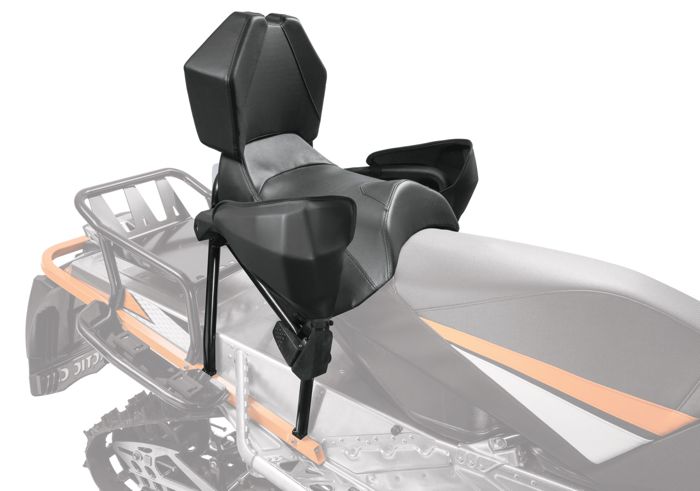 I’ve experienced the parental years of going snowmobiling with kids who are either too young to ride on their own or (in the case of my daughter), not interested in riding by herself.

Some families opt for dedicated 2-up riding sleds, such as the various Pantera models. Other families opt to “tough it out” using their regular, one-up machines. 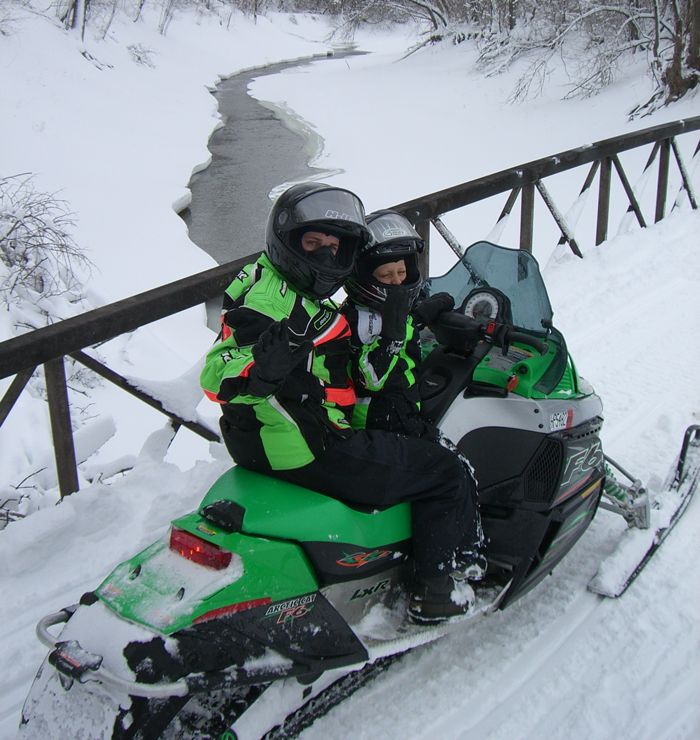 Being extremely frugal, the Sandberg family opted for the latter (see above). We still had a great time and everyone made it through just fine, but we certainly had a few challenging rides for both driver and passenger alike.

When the kids are small enough to sit in front, we experienced major helmet-banging and, if the ride lasted longer than 45 min., sleeping kids (which posed some sketchy moments for whomever was trying to drive the sled while also holding onto the slumped over kid).

These days there’s a much more elegant solution for most recent-model Arctic Cats that doesn’t require a dedicated 2-up machine, in the form of a 2-up Seat Kit.

Easy to install or remove, they can quickly turn a one-rider sled into a 2-up (and vice versa) to allow you to have your cake and eat it too.

* The kits include a premium comfort passenger seat with backrest, footholds, and handholds with wind-guards to most 2012-and-newer Arctic Cat snowmobiles.

* The 4-point kit attaches quickly and sturdily (some models require Hitch Kit bumpers) with the included hardware, allowing riders to easily switch from one- to two-up configuration.

I would have been all over a kit like this during that 3-4 year period when we needed it. I’d also expect that this is a kit that you could sell pretty easily after using it. So the actual long-term cost will likely be much less than the unit itself.

Final thought: everything we did to bring more people snowmobiling with our family, was always a good decision.