Return of the Winnipeg I-500 Cross-Country? 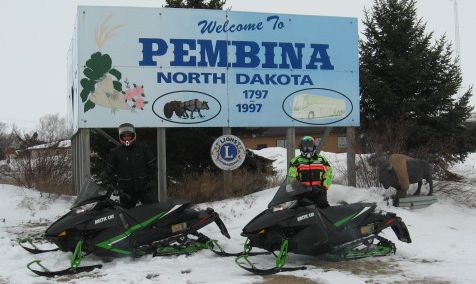 Taken this past March during a reconnaissance of the area between Winnipeg, Manitoba, and Bemidji, Minn., this photo of Arctic Cat’s Joey Hallstrom and USXC’s Brian Nelson highlights just how serious Nelson is of his goal to resurrect a multi-day, point-to-point cross-country racing originating in Winnipeg.

“I grew up with the Winnipeg-to-St. Paul I-500 as the premier cross-country race in the world,” says Nelson, who won the famed event in 1976 aboard a John Deere and again in 1978 aboard an Arctic Cat. “There’s a magic about point-to-point cross-country racing that’s great for the racers, the spectators and the media. When we started USXC last season, we wanted to explore the possibility of resurrecting this great event.”

Like it was back in the day, Nelson intends to include a mix of ditch, river and trail.

Nelson’s goal is to make it happen for the winter of 2015.

There’s a HUGE amount of work that needs to be done if this event is able to happen, not to mention the need for sponsorship. 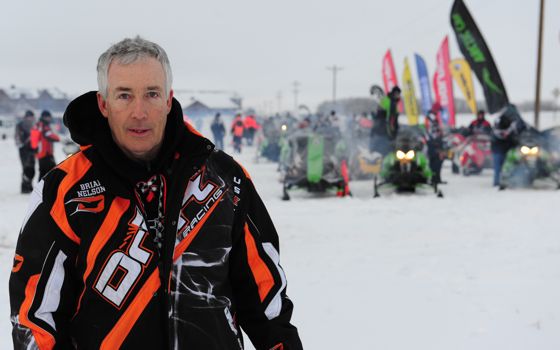 Brian Nelson at the starting line of the 2013 USXC Seven Clan’s Casino I-500 in TRF.

“There are a lot of logistics to iron out in order to make this event happen,” he says. “And it’s more expensive for us to pull off, so getting the right kind of support from towns and sponsors is critical to make it happen.”

Nelson brings a lot of ambition to USXC, which is a good thing because running circuits and attempting to resurrect the Winnipeg 500 requires someone with that kind of gumption. 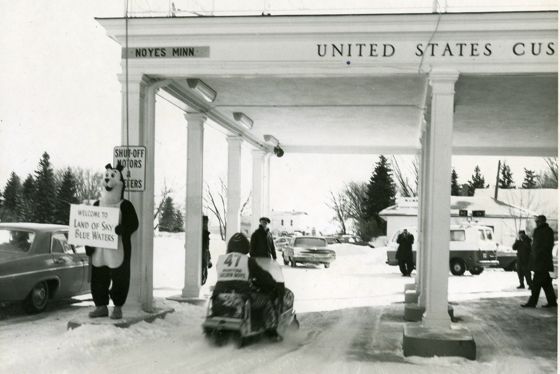 Wayne Rowland races across the border south of Winnipeg during the 1967 I-500 cross-country. Photo from the Rowland Family Archives. 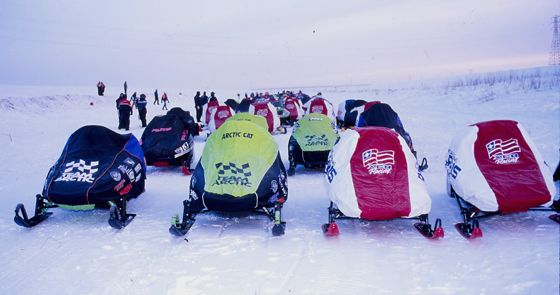 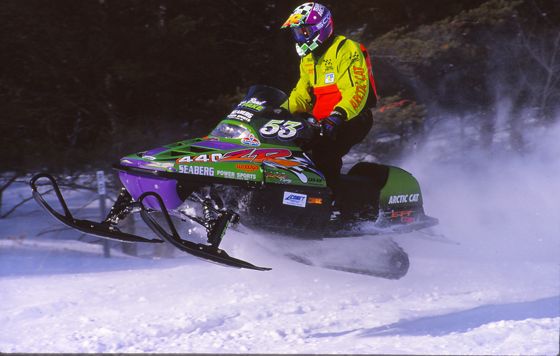 Brad Pake shredding a ditchline near Bemidji, Minn., during the 1996 I-500, an event he would win for the second consecutive year.