In 2019, a small group of past and present Arctic Cat employees banded together to create the Roger Skime Cup. A traveling trophy that would be presented to the Pro Stock Champion at the end of every USXC (then)cross-country racing season. (Now owned and operated under the COR Powersports Race Series banner) 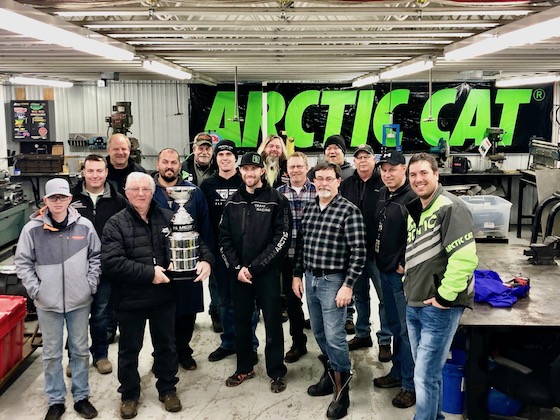 The people in all these photos hold a special place in my heart, as they were long-time co-workers while I was in the marketing department, and have remained my friends and heroes.

Team Arctic Race Manager, Mike Kloety, pulled together a group that would present Roger the traveling cup back in December. Fast forward to a few weeks ago, Roger presented that cup to the first-ever recipient, Team Arctic’s Factory Cross-Country racer, Zach Herfindahl, who claimed the 2020 Pro Stock Championship. Congratulations Zach!!

Here are those great photos provided by Kenny Lubarski from Kick’n Entertainment. 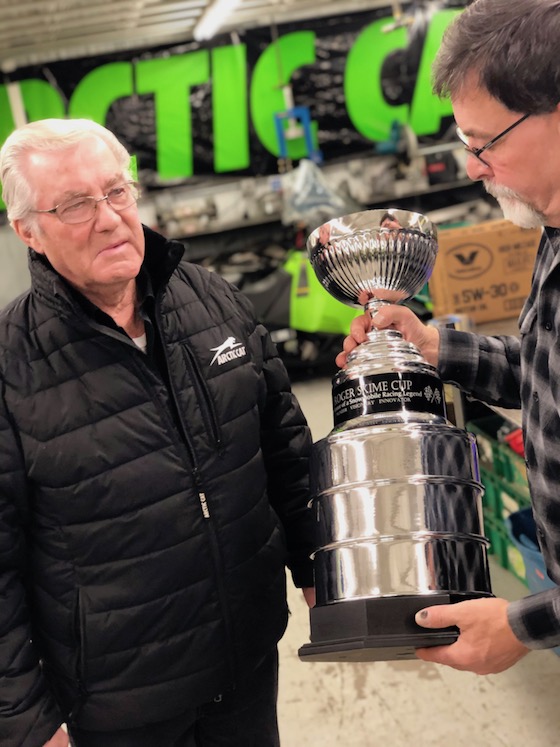 An Arctic Cat legend himself, Tim Benedict (R), presents Roger Skime the traveling cup in the Team Arctic race shop offering words of what Roger means to the group, and what the traveling cup stands for and why it holds his name as a Pioneer, Innovator and Visionary. 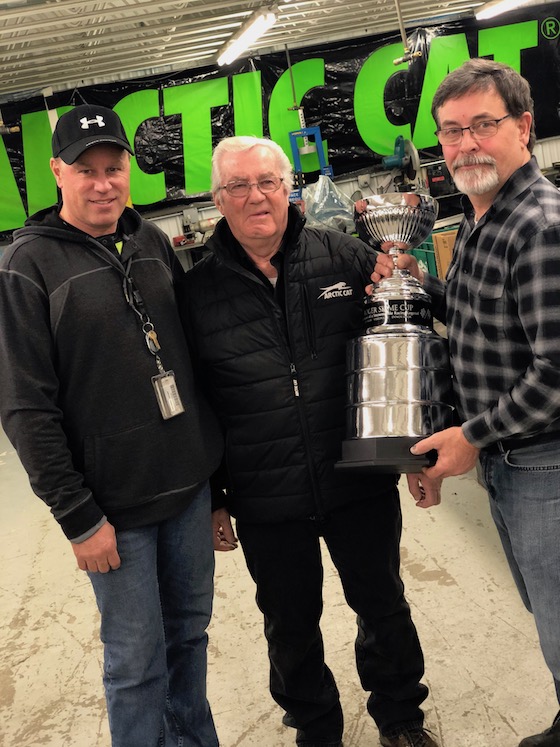 Above, Mike Kloety, Roger and Tim Benedict pose with the Roger Skime Cup. 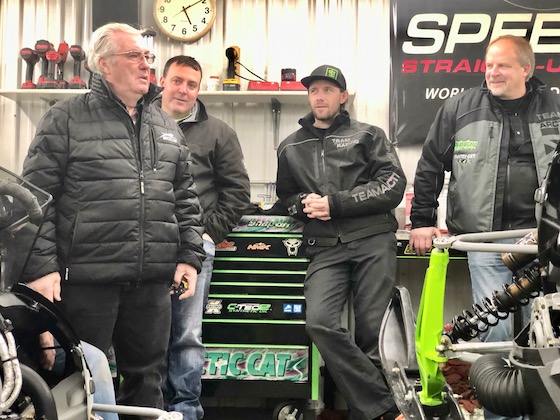 After Tim presented the cup, Roger shares his gratitude and a few stories of his own that are ALWAYS entertaining.

I love this photo for a few reasons…the first, Zach and Roger have a mutual respect for each other as “Heroes”. The second, Zach had NO idea how the Cross Country season would turn out by years end. Little did he know he’d end up with that Cup as Pro Stock Champion. 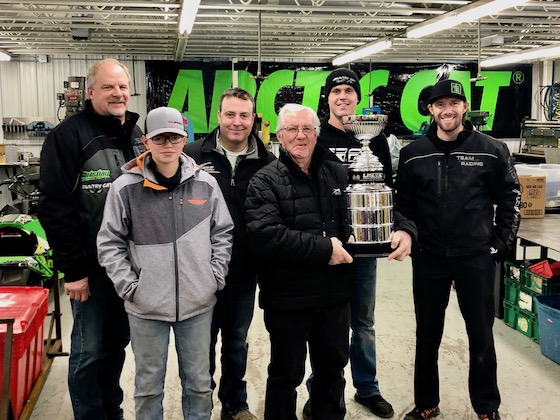 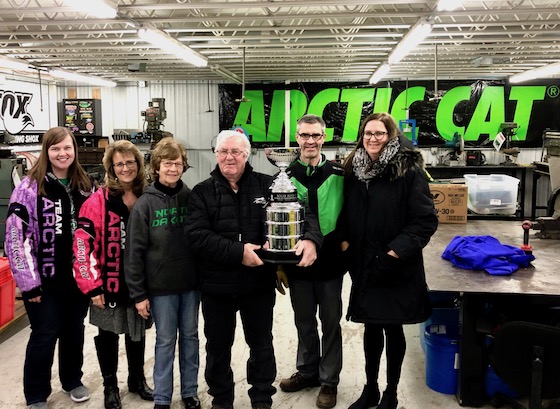 It always makes me happy seeing Roger with his family. I have to say his wife Bernice (Rogers Right) makes the best casseroles on a whim, and his son Troy (Rogers left) was always a pleasure to work with at Arctic Cat if I had manufacturing questions or needed help. 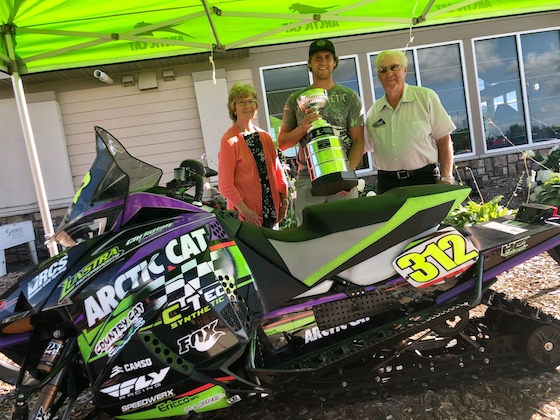 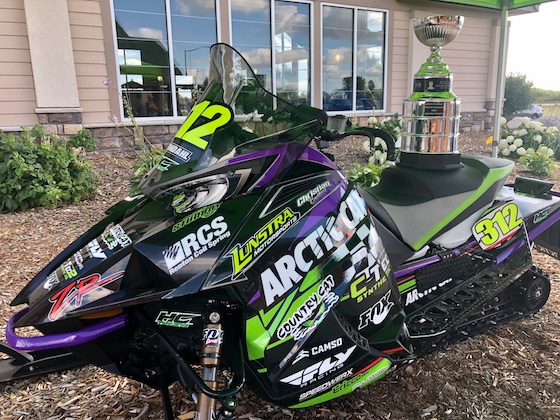 Knowing Zach and his family have a love for 90s ZRs, its no surprise Zach has a 93 ZR-themed graphics package. 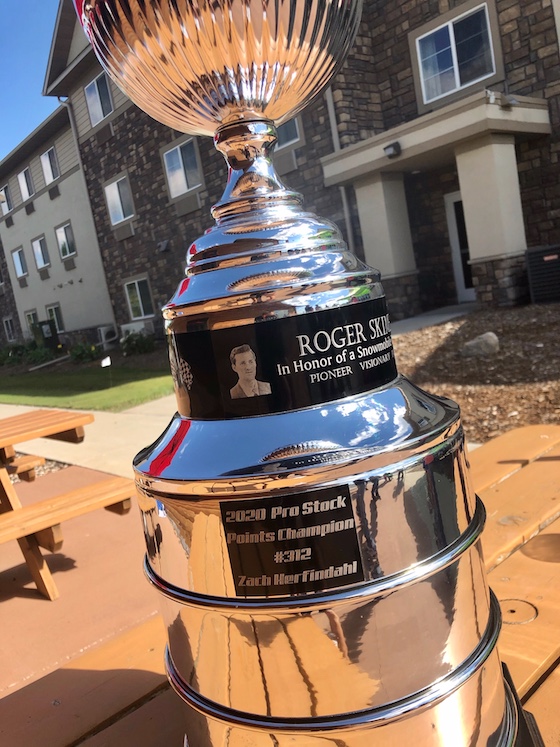 The Roger Skime Cup, in honor of a snowmobile legend. Pioneer, Visionary and Innovator. Congrats again to Zach Herfindahl!