On a National level, it looks like the big changes for this year are:

4. Cory Davis and Dan Ebert moving up to the Pro Class, while Cody Thomsen moves to Semi-Pro.

More analysis to follow, but here’s the press release:

A Winning Tradition in Every Arena throughout North America

“I look at the combined experience of our teams and racers, the improvements we’ve made to our race sleds, the support of our sponsors and the new racers we’ve brought in, and I’m convinced Team Arctic will be as potent in 2010 as it was in 2009,” said Team Arctic Race Manager, Mike Kloety.

While the national-level races remain a high-priority for Team Arctic in 2010, Arctic Cat understands that its regional racers are the back-bone of the program, and their success is equally important for the team.

“Look at our list of racers, and not just the headline-winners,” said Kloety. “Across all disciplines and geographic areas, these racers and teams carry the passion of this company through their dedication, sportsmanship and, ultimately, their success. Their efforts are appreciated by everyone in the Arctic Cat family.”

The Team Arctic Snocross program includes the most successful core of racers from last year, but with a few twists that will bolster their overall performance.

Tucker Hibbert – defending X Games champion and undefeated in the four ISOC Nationals that he raced last season – is back on the Monster Energy Arctic Cat, with a six-race schedule focused on the first half of the season.

Along with the Sportech Racing team (which now hosts Pro racer Paul Bauerly) and the strong contingent of racers and teams listed below, Team Arctic’s snocross program combines strong experience, talent and both National/Regional focus. 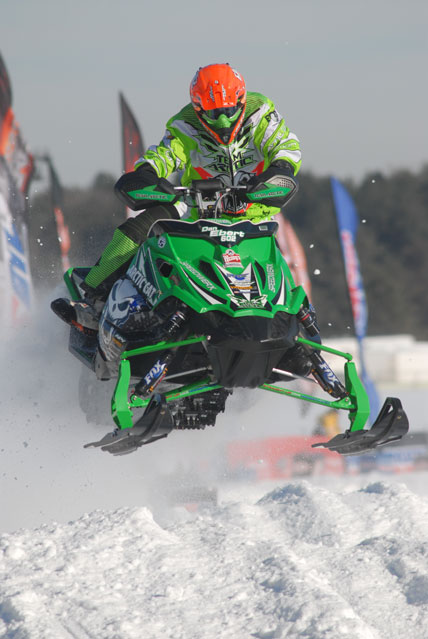 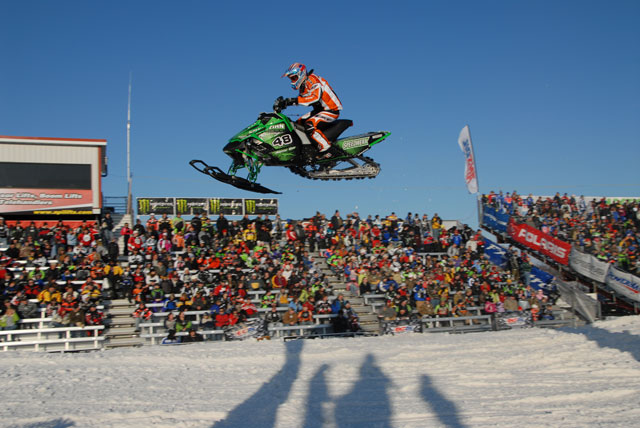 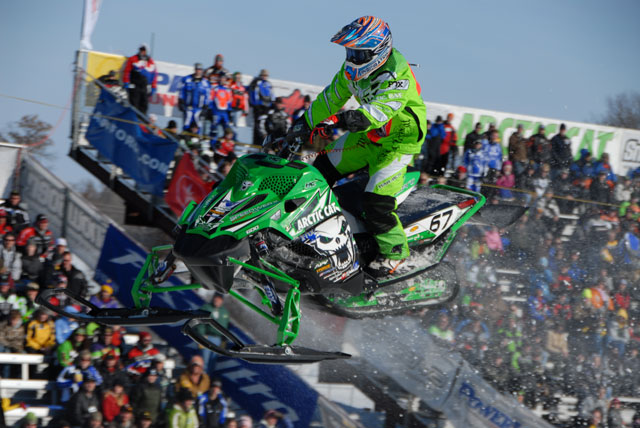 Cross-Country: Comprehensive Support at all Levels

As the only factory supporting all classes and areas of cross-country racing, Team Arctic remains the most formidable force in terrain competition throughout North America.

In the USCC circuit, defending Pro Open champion D.J. Ekre and teammate Brian Dick will fly the Christian Bros. Racing banner, aiming for individual race wins and the I-500 in particular.

Joining them will be Team Green racers in the Pro, Semi-Pro, Pro Women and 85-hp classes, the latter of which will prove the effectiveness and competitiveness of the new Sno Pro 500.

In Alaska’s famed Iron Dog cross-country, former champions Scott Davis/Todd Palin,  Brad Helwig/Eric Quam and Andy George/Trey West are focused on returning Team Arctic to the top, where a win would mark 11 victories out of 26 editions of this famed event. 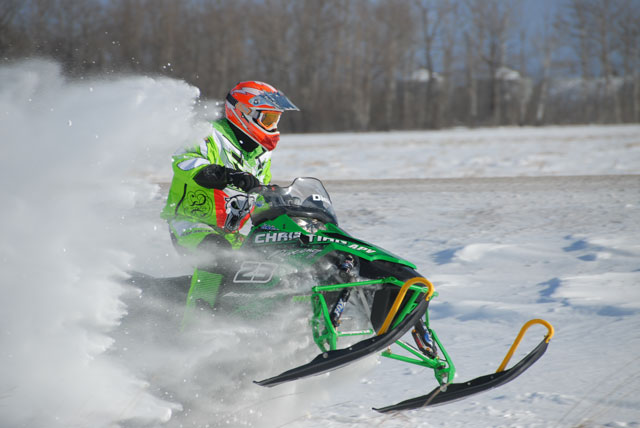 Hillclimb: The Kings Remain the Same

With 15 World Championships, 15 King titles and 78 first place finishes in 2009, Team Arctic hillclimb racers approach the 2010 season as the undisputed kings of the mountain.

Names like Tapio, Zollinger, McClure, Tupper, Buckallew, Frisby, Free, Keller and Archibald have dominated the RMSHA mountain circuit aboard M Series snowmobiles, and their return for 2010 will maintain that momentum.

Throughout the history of snowmobile racing, Team Arctic has supported all forms of competition, and its focus for 2010 is to continue its winning tradition.

The drag racing program has proven unbeatable during the grass season thanks to the team’s hard work and dedication, as well as the potent mix of CFR 800, CFR 1000 and F Series snowmobiles.

In oval and enduro competition, Team Arctic comes to the track supporting a mix of teams that blend decades of experience with youthful focus. Names like three-time Eagle River World Champion P.J. Wanderscheid and endure mainstays Team Highland Racing will lead the charge in these legendary race venues.

Team Arctic’s success on and off the track is made possible in part because of the strong, loyal support of its sponsors, each of whom shares the same passion as our racers and Arctic Cat.