If you miss Team Arctic racing during the summer months, then you need to follow the Speedwerx / Tralo Motorsports team as they rally their Wildcat XXs across the Midwest. 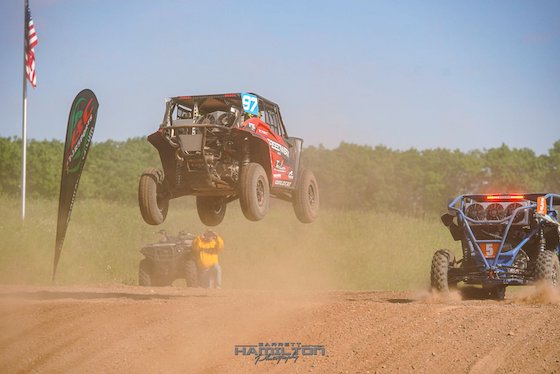 At the most recent AXCC series race held at ERX Motor Park in Elk River, MN, the team posted great success. This was the first cross-country UTV race and the team didn’t disappoint in front of their hometown crowd.

The race utilized much of the short course ERX track with a large loop through the motorpark’s 500 acres. The wooded terrain varied on every 8 mile lap as the course got rougher and more challenging with all the ATV and UTV competitors. 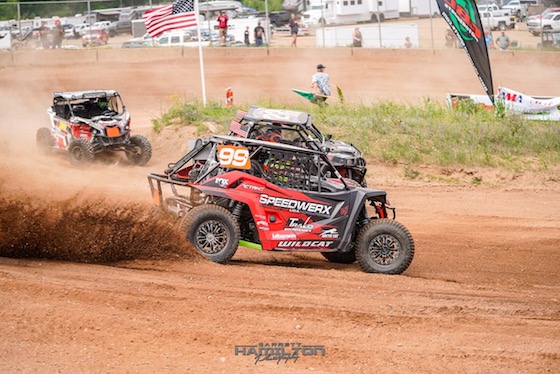 Young racer, Mike LeTourneau (#99), competed in the UTV A class. This is one of the biggest classes every weekend consisting of amateur class drivers competing in both naturally aspirated and turbo UTVs. Starting in the second row, Mike pulled the hole shot in his Speedwerx-prepped Wildcat XX and a rare belt failure forced them to drop back on the second lap. After a quick fix, Mike executed a hard charge through the pack finishing in 4th place. While doing so, he posted the fastest lap time for the class. Team manager, Jeremy Houle said, “It was extremely satisfying to witness how fast Mike can wheel a (Wildcat) XX! He’s going to have a great season.” 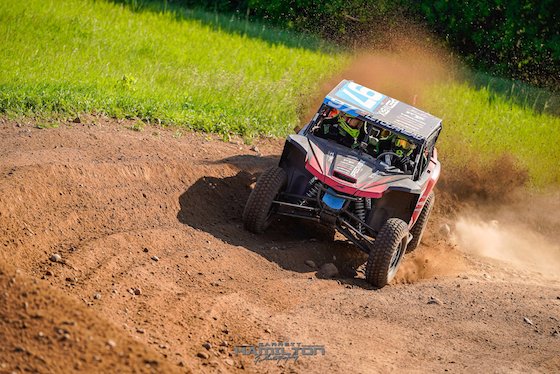 Last but not least, the Pro UTV class entered the track. Jack LeTourneau (#97), was last years Pro-Am champion, and was ready to battle for the Pro 1000 class win in his rookie Pro season. When the green flag dropped, Jack jumped out first in his class and immediately started to catch the Pro Turbo UTVs. One-by-one he picked off the higher-horsepower turbos and when the one-hour race ended, Jack had won the Pro 1000 class by over two-minutes, and came in less than a minute behind the winning Pro Turbo, finishing 2nd overall on the day.  Houle remarked again, “The Wildcat XX chassis is incredible and feels so predictable. Put a talented driver like Jack behind the wheel and he can use every bit of the horsepower to his advantage.”

Jack is currently first in points going into Round 3 in mid-July.

For more information on the series, check out www.axccracing.com or www.facebook.com/AXCCRacing.

Up next for the team is Round 2 of the SXS Sports series at Dirt City Motorplex in Lena, Wi tomorrow, Saturday, June 27. Jeremy Houle #54 will be back in action for the first big short course race of the season. Heat races are scheduled to start at 11:00am CST with opening ceremonies at 1:30pm and finals to follow. The race will be broadcast with a free livestream, check the series Facebook page on race day for the link- www.facebook.com/sxssportsracing. 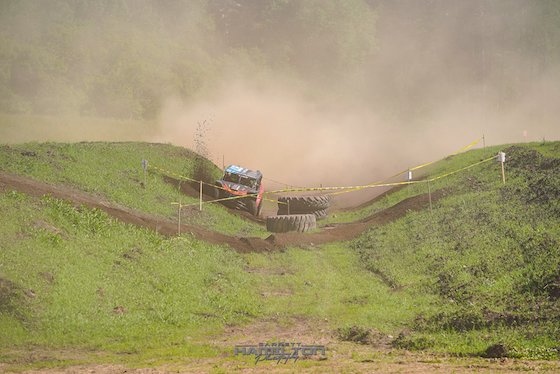