Team Arctic Wins the Soo 500 and Snocross Races in NY 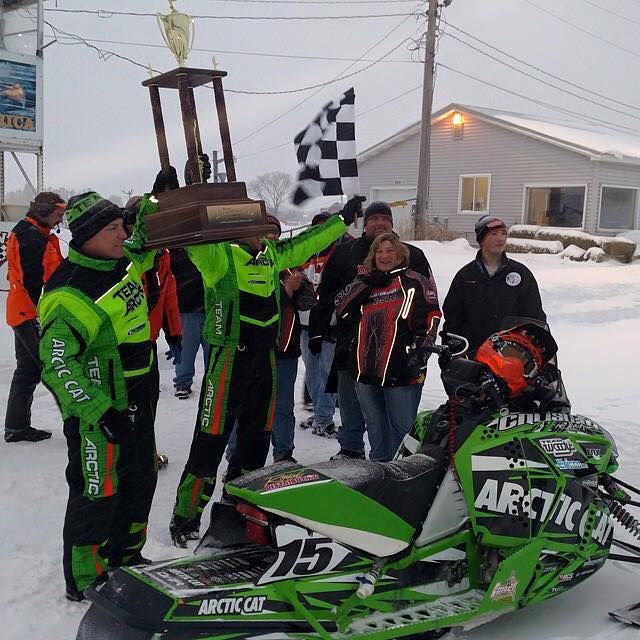 “Our racers and their teams delivered a historic performance at the famed event,” said Mike Kloety, Team Arctic Race Manager. “The race ended at 282 laps because of dangerous visibility due to snow. Brian and Wes led for 133 laps, which was more than any other team. Ryan and Zach also led the race on two occasions, while Cadarette Racing positioned themselves perfectly to challenge for what might have been their second win at this event aboard Arctic Cats.

“Everyone wished they could have raced the full 500 laps. Our sleds were very fast and set up for the course to keep getting rougher, the teams were prepared and the drivers were determined. The only thing that would have changed with another 218 laps was that the #52 team of Ryan and Zach would have moved back into the hunt.”

Team Green’s contingent of snocross racers delivered an equally impressive performance at the fifth stop of the ISOC National tour in Salamanca, NY, where they notched victory in five of 15 classes. 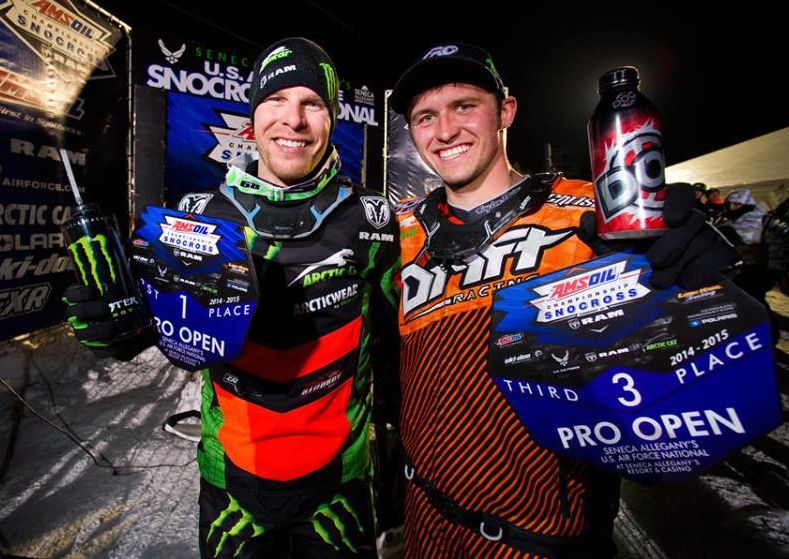 Tucker Hibbert resumed his penchant for winning everything he entered, taking both Pro Open wins. Logan Christian put himself on the podium for the first time this season with a powerful third place finish in Friday’s final, then came close to doing it again with a forth on Saturday. Other Team Arctic winners in New York included Lee Butler, Dan Benham and Carson Alread.