Thief River Falls, Minn. (Jan. 17, 2011) – Neither brutally-cold temperatures, record-breaking snow depth, nor the contagion of previous hard-luck could sway Brian Dick’s date with I-500 destiny. Piloting his Sno Pro 600 with unmatched speed and poise, Dick stamped his authority on the weather-shortened USCC Red Lake I-500 cross-country, leading a Team Arctic-sweep of the top-4 Pros and 15 of 18 class wins.

Dick set the fastest time on the first two (of three) days, ahead of his Arctic Cat/Christian Bros. Racing teammates Ryan Simons, Zach Pattyn and Cory Davis. Falling snow and 30 mph winds created near white-out conditions on the final day, forcing USCC officials to cancel the third leg. With a four-minute, 34-second lead over Simons, the reigning USCC Pro Champion claimed his first I-500 victory after a decade of near-misses.

“Brian has suffered multiple gut-wrenching losses in this race over the years,” said Team Arctic Race Manager, Mike Kloety. “To see him finally win brings great pride and satisfaction to his family, fans and even his fellow racers.”

Indeed, when officials announced they’d cancelled the third leg, a steady stream of racers waited to shake hands with Dick, an Arctic Cat engineer and one of the people instrumental in designing the Sno Pro race sled. First in line was his father, Paul, who has competed in more I-500 races than any other competitor (and who took fourth in this year’s event). 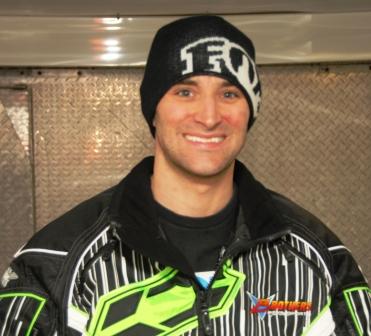 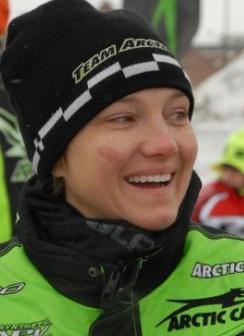 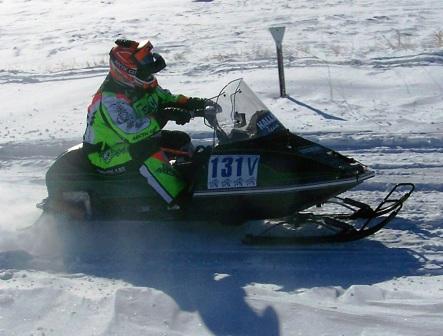 And in the first-ever I-500 Vintage class, Joey Hallstrom won ahead of former Team Arctic legend (and two-time I-500 winner) Brian Nelson, with Joey Potucek taking third, all three aboard 1979 Arctic Cat el tigre Cross-Country Cats.

“This year’s I-500 will long be remembered as one of the most difficult,” said Kloety, “With cold temperatures, snow dust and brutally-rough conditions from the deep snow. To win 15 of 18 classes reflects the determination of our racers and crews, and the commitment we’ve made to support cross-country racing.”