I had the great privilege of reading this beautiful, heartbreaking story about Dante Froese, written by his mother, Carolyn.

She gave me permission to share it with everyone here. 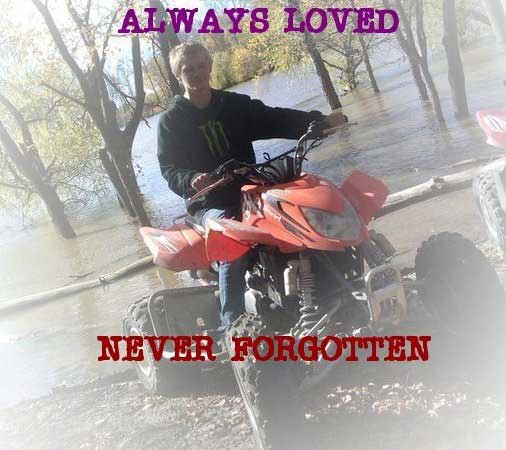 My name is Carolyn Froese and I just wanted to share the story of my son, Dante.

We live on a farm near Altona, Manitoba, and as with most farm homes, ATVs are a part of the family. So too are snowmobiles.

One day years ago, Edgar Enns from Keystone Kat (the local Arctic Cat dealer) came by and dropped off a quad for our boys to try out. Needless to say, it was never returned.  Our son Derian was 10 and Dante was 8. And their love of the machines grew!

Over the years, Dante especially took a liking to all power toys – particularly the 250 DVX. When he was 14, Dante got a job at the local Co-op Gas Bar. Work there was second nature to him, as he was already a pro at filling vehicles with gas.

Parents generally drive their kids to work at that age, but Dante drove himself much of the time on his toys. He always managed to get to work on time.

He experienced so many Arctic Cat products over the years. Honestly, the local dealer was truly Heaven on earth to him. In his power-mechanics class at school, his special project was transforming an Arctic Cat snowmobile engine to run on jet-fuel.

First he had to make the hood perfect – so he took off all the decals from previous owner and repainted it. His next focus was going to be the engine.

On March 23, 2011, Dante drove his DVX to school. As he had hundreds of times before, he needed to cross over a certain highway. But this time it turned out different. A large snow bank obstructed his view of the road. He’d slowed down for the crossing, but failed to stop. He was hit by a car.

Dante was wearing a helmet, but the impact was huge. He suffered major trauma to his head and internal organs. He died in the hospital.

It was a huge shock to everyone, including his classmates. Yet despite the sadness, a group from his power-mech class completed the hood that Dante had been working on. They also made crosses in honor of Dante. They even attempted to finish the altering of the engine, but were not as knowledgeable (or crazy) as Dante, so put the sled back to original condition. 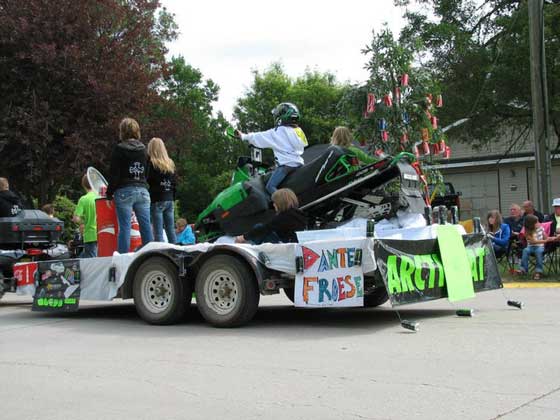 The really cool thing is that Dante died on Wednesday and the sled was completely rebuilt by Friday – the day of his Memorial Service in school. They had it on display. What an awesome bunch of kids! 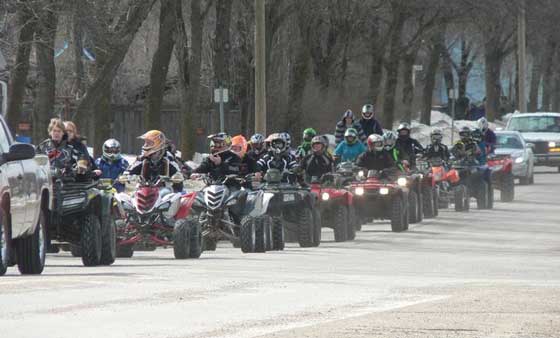 Probably the most-awesome part of Dante’s celebration of life was the funeral procession. His brother Derian organized a group of ATVs to drive out to the cemetery. It sent shivers down my spine to watch it.

We believe that everyone has a time when their life is up and God calls them home. Dante’s time was March 23, when he was 16 years old.

One thing that we find comfort in is that he died totally and completely doing what he absolutely LOVED. I know he had a HUGE smile riding his DVX that morning. The night before he’d checked it over in the garage and put new duct tape on the seat (he’d previously ripped it). He’d even asked me if I noticed how sparkly-clean it was. It looked awesome!

So it’s like he drove off to Heaven with his ride.

We are very strong believers in Jesus Christ and know we will see Dante again. We miss him terribly, but I know he had an awesome life and he truly lived every moment that he’d been blessed with. Honestly, he probably lived 40 years of life in his 16 – NEVER a dull moment. 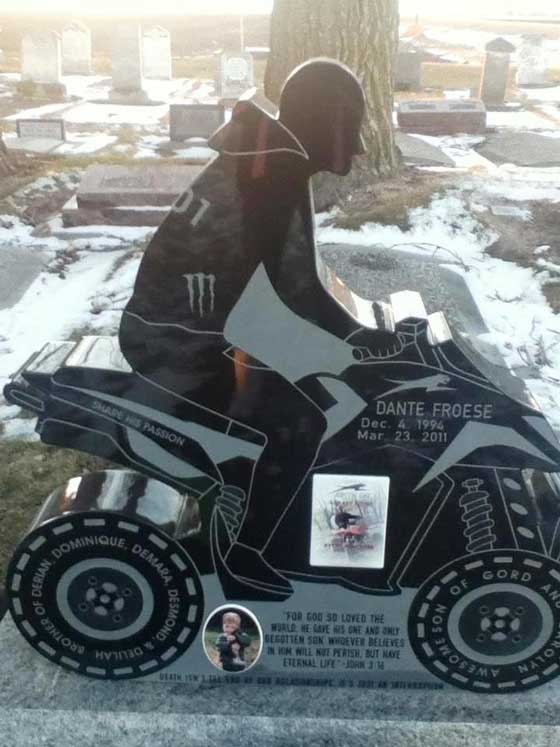 I want you to know that Arctic Cat was a huge part of Dante’s life. His headstone needed to match how awesome Dante was, so that’s why it’s in the DVX shape. It is even detailed with the duct-taped seat!
I really appreciate that you took the time to read this. It means a lot to us.