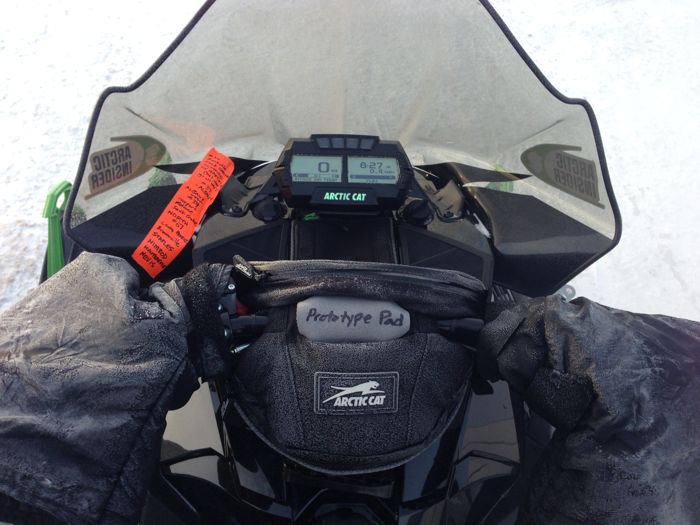 While race-prepping the ZR 440 that he sponsored for me to contest the 1994 ISOC cross-country race season, Brian Nelson adds an accessory that will forever change my snowmobile experience and set a template for every snowmobile that I’ve owned since then.

Constructed from lightweight polyester with a thin layer of insulation, plus a couple Velcro attachment straps, these plain-Jane muffs don’t exude trickness or coolness. On the contrary, they appear absolutely dorky.

I am utterly, completely unimpressed.

Looking back at the naïve 25-year old jackass that occupied my body in November 1993, I can’t help but smirk. If I remember correctly, I believe I actually said to Brian some smartass comment about going 2-up touring instead of racing.

Fortunately Brian prevailed on this topic. His argument was that nobody ever won a cross-country race because their fingers were toasty warm, but that many had been lost because of frozen digits.

Who was I to argue with a two-time I-500 winner who had given me a sled to race?

I would come around to Brian’s point of view a couple months later, when I used the muffs for the first time during a bitterly cold January race weekend in Thief River Falls. I don’t remember the temperature during the two-day Ironman 250 that year, but I remember lots of numb racers with frostbitten fingers going to the ER, their hopes for top-finish frozen until another year.

On the other hand, my fingers stayed warm both days and I finished intact and in the top-15 if memory serves correct. It was truly amazing the warmth made possible by the wind-free cocoon of insulated polyester.

Since that weekend 21 years ago, that same pair of ordinary muffs have graced every single snowmobile that I’ve owned and ridden, be it race or trail sleds. They aren’t always on the handlebars – if the ambient temperature is above 15 degrees I don’t need them – but they’re always packed somewhere on the snowmobile, ready for deployment the next time the mercury drops.

These particular muffs are as soft and pliable as jacket liner. Actually, they’re probably made from the same ingredients. The fabric’s flexibility allows the muffs to be attached in such a way that they can be rolled inside-out over the middle portion of the handlebars for when they weren’t needed, but quickly deploy into position (even while riding) if my hands get cold. Likewise, I can quickly pull the muffs back over the center of the handlebars, out of the way if needed.

Untold times I’ve fished the muffs out of the seat storage or backpack to finish a ride in heated bliss. Same for the times I’ve pulled them over my hands during the precipitous drop in temperature that seems to occur at sunset.

Over the years there’s been a constant evolution to the gear that I carry on snowmobile rides, but Handlebar Muffs like these are the one piece of gear has remained constant for the past two decades.

So now I ask you: What piece of gear do you always carry with you while snowmobiling? Is there an indispensable item that you do not ride without? Have you ever scoffed at a particular piece of equipment, only to learn that it’s pretty dang useful? 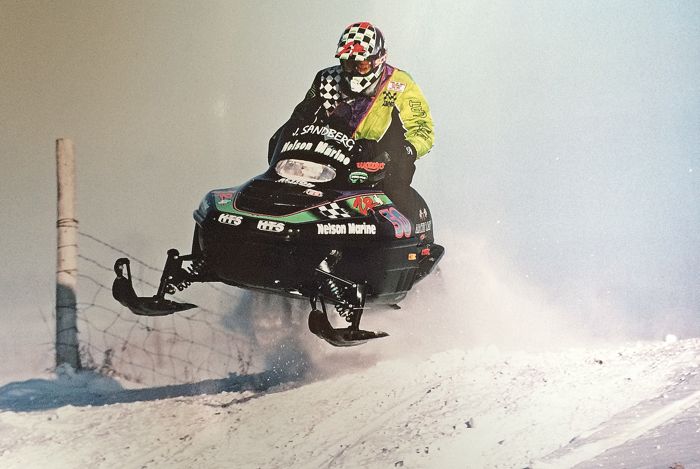 A photo of me at the 1994 ISOC Ironman 250 in Thief River Falls, where I learned the exceptional greatness of handlebar muffs. 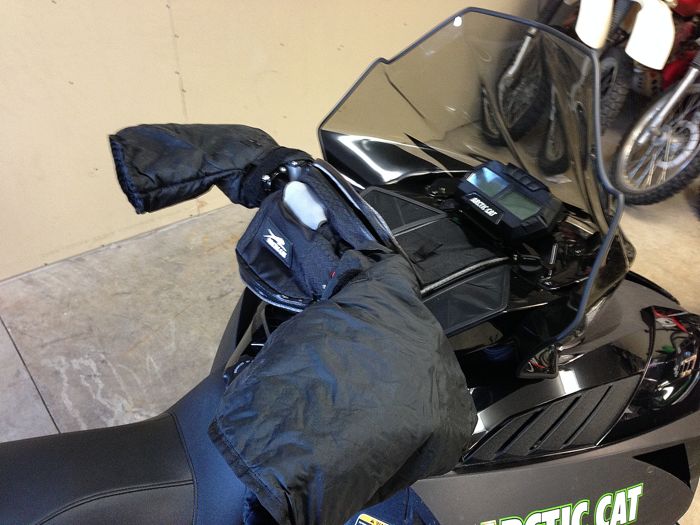 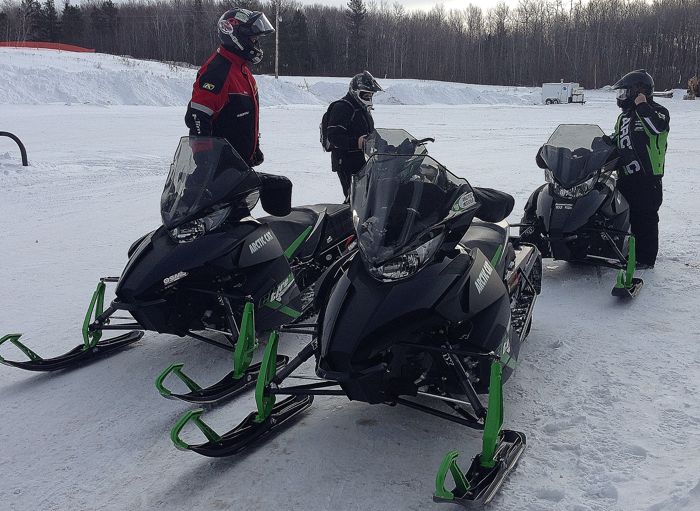 During last season’s HERO Ride from St. Cloud to TRF, my compatriots and I survived 400 miles over two days with temps in the minus 20s with the cozy help of handlebar muffs.